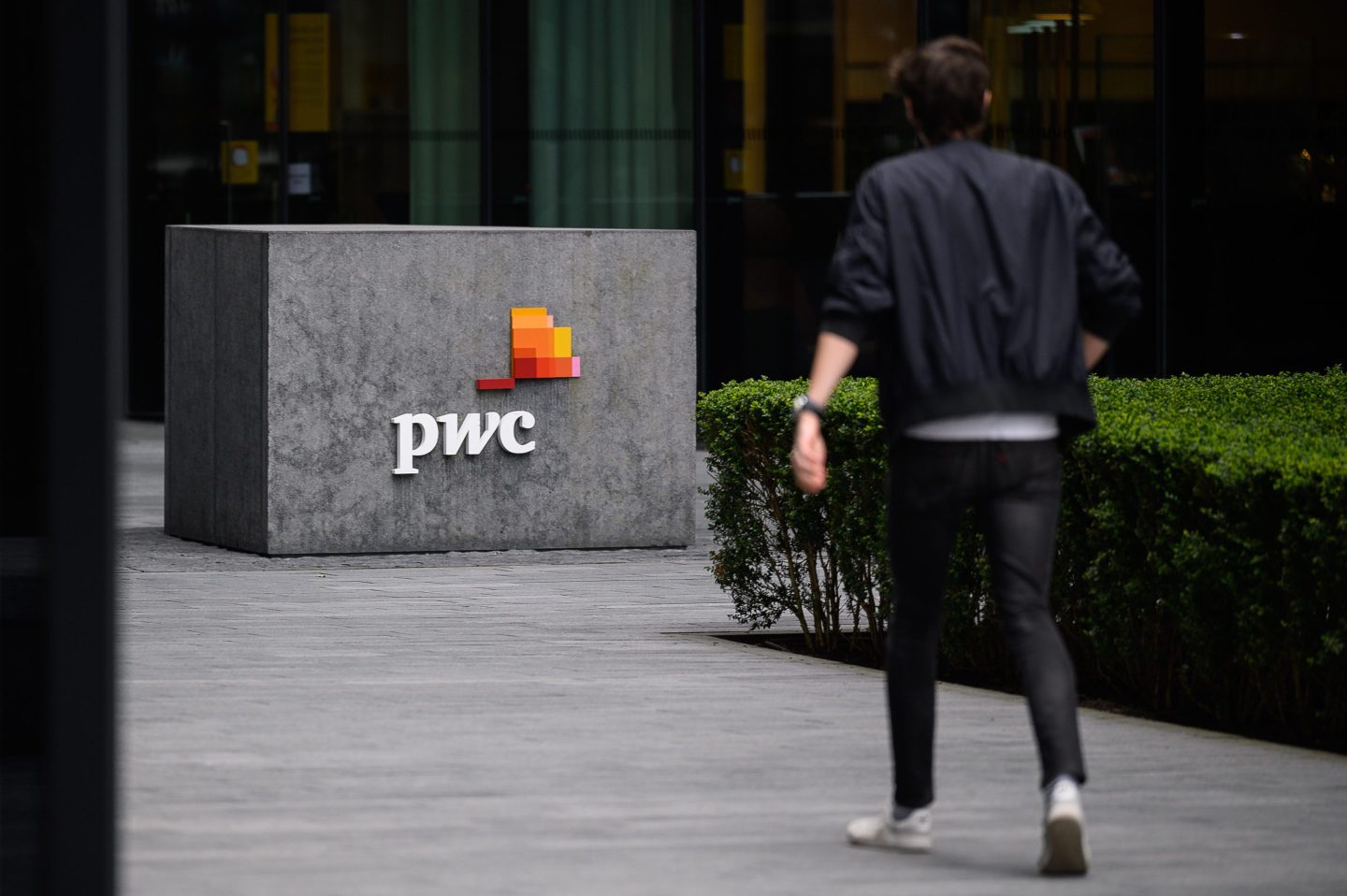 PwC is being sued by an employee who suffered severe brain injuries after a work event where staff were allegedly encouraged to partake in heavy drinking.
Leon Neal—Getty Images

Auditing giant PricewaterhouseCoopers (PwC) is being sued for hundreds of thousands of dollars by a U.K. employee who lost half of his skull after a work event that “encouraged excessive consumption of alcohol.”

Michael Brockie—who is still employed as a manager at the company, according to LinkedIn—suffered serious head injuries and had to have half of his skull removed after falling down while intoxicated following a “pub golf” event organized by his employer.

Court documents detailed how staff were encouraged at the 2019 work event to drink at every bar they visited, with venues representing “holes” in the golf-styled drinking game.

Workers who took part had scorecards to note how many gulps it took to finish a drink, which the filing argued “encouraged excessive consumption of alcohol.”

There was “very heavy pressure” from management to attend the event, said Brockie, who worked in PwC’s Reading office.

Brockie claimed that he drank so much during the course of the evening that he blacked out and was later found lying in a street.

“Doctors and the police came to the conclusion that I fell over and didn’t use my hands to break the fall, so I ended up hitting my head on the floor,” he told broadcaster ITV in 2020. “The next thing I remember was four weeks later.”

Brockie suffered a brain injury in the fall, and was put into an induced coma before having surgery to remove half of his skull.

Doctors dubbed Brockie—who said in the court documents that he still suffers “persistent cognitive symptoms” and is afraid he may develop epilepsy—a “walking miracle” for surviving the accident.

According to the court documents, Brockie was only able to return to work full-time more than seven months after the incident.

Brockie’s lawyers declined to comment on the case when contacted by Fortune.

A spokesperson for PwC told Fortune on Tuesday that the firm was unable to comment on the specifics of the case due to ongoing legal proceedings.

“As a responsible employer we are committed to providing a safe, healthy, and inclusive culture for all of our people,” they said. “We also expect anyone attending social events to be responsible and to ensure their own safety and that of others.”

Last week, it was revealed that partners at PwC in the U.K. were paid an average of more than £1 million ($1.2 million) last year.

The company’s revenue in the U.K. and Middle East grew by 12% in the year to June, prompting a pay rise of 9% for half of its workers.

Brockie’s case is just the latest in a string of misconduct allegations against management at British financial services companies.

In 2019, an investigation by the Financial Times found that “a culture of fear” was pervading the so-called Big Four accounting firms: PwC, Deloitte, EY, and KPMG.

Last year, the Institute of Chartered Accountants in England and Wales was told in a tribunal that one of the firm’s partners sexually harassed a female trainee on a team ski trip.

Meanwhile, Lloyd’s of London issued a £1 million fine in March—the biggest fine in its 336-year history—after member company Atrium Underwriters was accused of bullying and hosting a “boys’ night out” event for male staff that involved heavy drinking and making sexual comments about female colleagues.