‘The system is going through a phase change.’ Why even China tech bulls are dumping Alibaba and Tencent 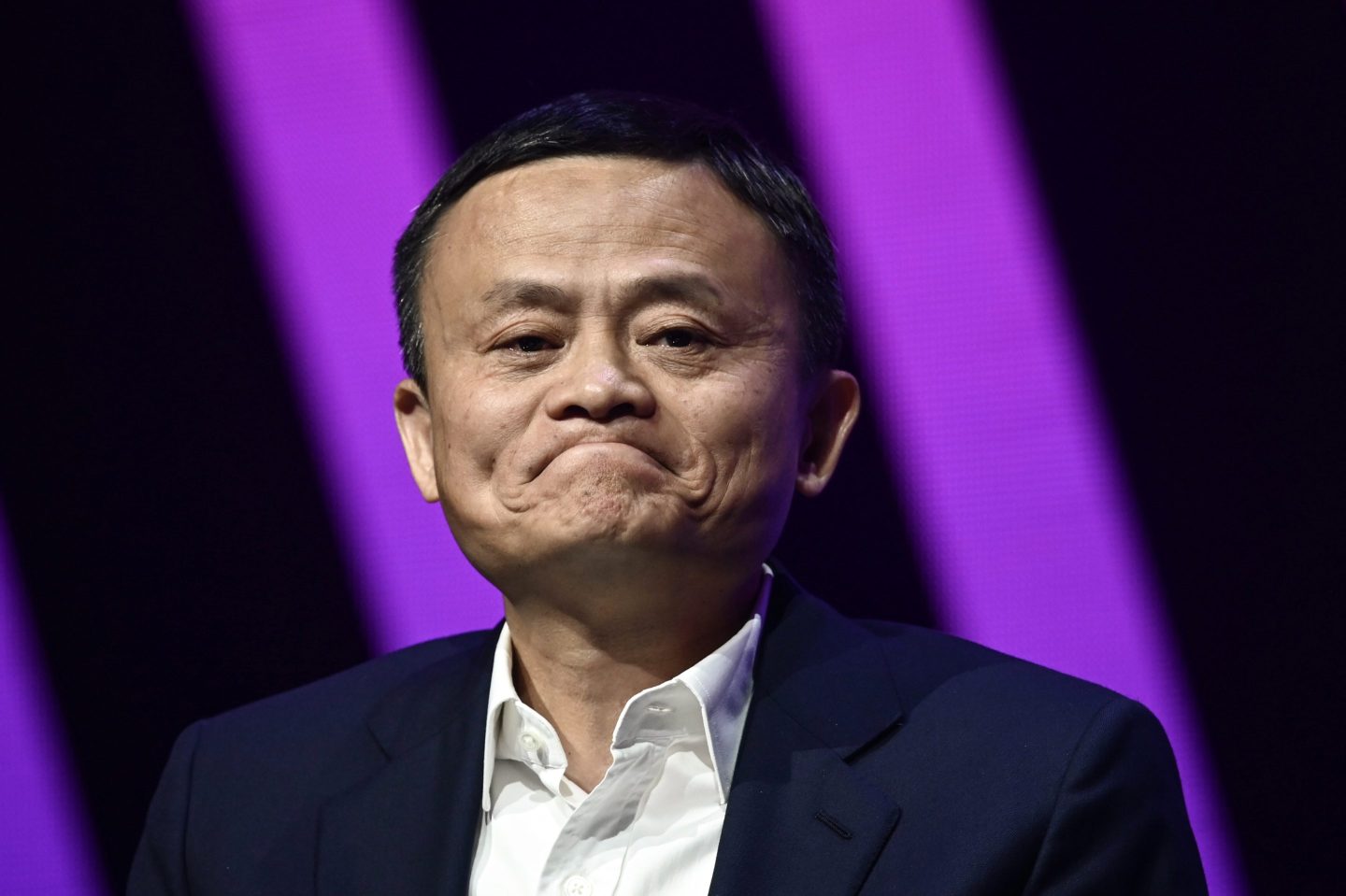 In the months of April, May, and June, China’s rival internet giants, Alibaba Group Holding and Tencent Holdings, did something unprecedented: They shrank.

On Aug. 4 Alibaba, the e-commerce powerhouse, reported that sales for those months declined 0.1% compared with the same quarter last year. Two weeks later, Tencent, the world’s biggest distributor of online games, said year-on-year revenue in the same period declined by $20 billion, or about 3%. The announcements snapped a nearly two-decade streak of runaway expansion for the two companies and, according to some analysts, portend the end of an era for China’s once high-flying internet “platform” companies.

“Blistering growth rates [for Chinese internet companies] now look like a historical oddity, and unlikely to return even after the current economic slowdown comes to an end,” says Brock Silvers, chief investment officer of Kaiyuan Capital.

The end of the ‘platform’ era

Alibaba and Tencent, launched in the late 1990s, were among the earliest and most successful platform companies—pioneers in a new category of Chinese venture that used the internet and algorithms to build digital platforms over which goods and services could be delivered to hundreds of millions of consumers at lightning speed. The group, which came to include about 10 major players bankrolled mostly by foreign venture capital and share sales on overseas exchanges, boomed spectacularly throughout the 2010s. According to Nicolas Véron and Tianlei Huang, researchers at the Peterson Institute for International Economics (PIIE), between 2014 and 2019, the market value of China’s eight largest platform companies exceeded that of the country’s other 100 largest private companies combined.

But that party is over. At the direction of President Xi Jinping, China’s government has launched a sustained and systematic regulatory assault against the platform firms that has fundamentally reduced expectations for their future growth.

Alibaba and Tencent have been among the hardest hit by the crackdown, which was launched in November 2020 when Xi ordered the 11th-hour cancellation of a $38 billion IPO for Alibaba’s digital payments affiliate, Ant Group. In early 2021, Beijing slapped both Alibaba and Tencent with multibillion-dollar fines for anticompetitive behavior. This year the two firms also are struggling to cope with the sharp deceleration of China’s economy. In the April–June quarter China’s growth slowed to 0.4%, its weakest in two years, as Beijing responded to COVID-19 outbreaks by ordering monthslong citywide lockdowns.

Ant has been forced to reorganize itself as a financial holding company regulated by China’s central bank; sell stakes in its most lucrative businesses such as lending and credit scoring to other groups including state-owned enterprises; and shrink a proprietary money-market fund that was once the world’s largest. In late July, the Wall Street Journal reported that Alibaba and Ant cofounder Jack Ma offered to relinquish control of the group, a move that would likely please authorities and reduce official scrutiny of Ma—but would further delay Ant’s IPO.

Growth at Tencent, the world’s biggest video game developer, has been hindered by a delay in government approval of new game licenses—the company hasn’t been allowed to release a new title in nearly a year—as well as a government edict issued last year that limits game-playing time for young people.

The companies’ travails have wiped more than $1 trillion off their combined market value. Even die-hard China optimists are bolting for the exits.

Barely a week after Alibaba’s earnings announcement, SoftBank CEO Masayoshi Son confirmed that he will unload about a third of his company’s prized 23.7% stake in Alibaba to shore up the Japanese conglomerate’s own financial position. SoftBank is Alibaba’s largest shareholder, and Son, who bankrolled Alibaba founder Jack Ma with a $20 million investment after a brief meeting in 2000, has been one of the Chinese company’s most enthusiastic champions.

Days later a filing with the U.S. Securities and Exchange Commission revealed that, in the three months to June 30, Bridgewater Associates, the world’s biggest hedge fund, dumped all its shares in Alibaba and four other major Chinese technology ventures. Bridgewater’s billionaire founder, Ray Dalio, has been an outspoken China bull who last year dismissed the swings in China’s markets as little more than “wiggles.” Notably, though, Bridgewater has held on to its stake in Tencent.

And in June, Tencent’s biggest backer—Dutch investment firm Prosus NV—said it would trim its 28.9% stake in the company, ostensibly to fund share buybacks.

“We have seen a sharp shift in direction since Q4 2020, and the ‘system’ is now officially going through a phase change and marks the end of the previous pattern in China,” wrote George Yang, chief investment officer at Hong Kong–based Anatole Investment Management, in a note to investors explaining why the firm would be shifting capital out of China and into the U.S. “What will emerge after this phase change? A new pattern? A brave new world? I don’t know, but one thing for sure, it won’t be the world that we used to know.”

The platforms maintained their dominance over China’s stock market through 2020 when they collectively quadrupled in value to over $2 trillion, according to PIIE. Alibaba and Tencent not only became two of China’s most powerful companies but some of the country’s most important investors.

Tencent, in particular, invested in “everything,” as tech writer Pan Luan told CNN in 2018. By 2021, Tencent had built up an investment war chest worth an estimated $259 billion through investments in dozens of Chinese and foreign startups, creating an entire ecosystem of apps and companies that could feed into its main social network platform. Alibaba, too, bought stakes in dozens of companies, though at a much smaller scale than Tencent. Last year, Alibaba’s investments were valued at $26 billion, according to the Wall Street Journal.

Alibaba and Tencent, meanwhile, have put the brakes on their ambitious expansion plans.

“During the second quarter, we actively exited noncore businesses, tightened our marketing spending, and trimmed operating expenses,” Tencent CEO “Pony” Ma, said last Wednesday on an earnings call. Reuters also reported last week that Tencent is looking to sell off a large portion of its 17% stake in food delivery app Meituan, which is worth an estimated $24 billion. (Tencent executives called the Reuters report “inaccurate” when asked about it on the earnings call.)

“Tencent has become more conservative about where they invest,” says Rui Ma, China tech investor and host of the Tech Buzz China podcast. “I’m not saying that they weren’t prudent with their cash management before, but they are basically taking some gains off the table.”

Alibaba, too, plans to scale back spending, according to Alibaba CFO Toby Xu.

“In the coming quarters and the remainder of this fiscal year, we will continue to pursue the strategy of cost optimization and cost control,” Xu said on a recent earnings call.

China’s government has forced Alibaba and Tencent to lower their ambitions, likely ensuring that the once dominant platforms never return to their previous highs.

“My personal hunch is that it is unlikely that platforms can [collectively] recover their dominance of private-sector market cap as was the case five years ago,” says Véron.

Henry Gao, associate professor of law at Singapore Management University, argues losses suffered by Tencent and Alibaba and their investors don’t trouble China’s leaders. “The demise of Big Tech…will probably be regarded as good riddance [by the Chinese government].”

Some longtime China investors appear to have given up on China’s tech sector entirely and are refocusing on other markets.

Li Lu, founder of Himalaya Capital and adviser to Warren Buffett and Charlie Munger of Berkshire Hathaway, announced this year that he had sold off his entire position in Pinduoduo, an e-commerce platform, at a 35% loss, while boosting his stake in Bank of America. Munger, previously an Alibaba bull, has also sold down some of his stakes in the firm this year.

Others investors are simply trying to align their own investment strategies more closely with government priorities.

Legendary China tech investor and founder of Sequoia China Neil Shen has been shedding stakes in Meituan and e-commerce platform Pinduoduo since last year. But even amid a broader tech crackdown, Shen has taken notice of the government’s prioritization of “deep tech” fields like robotics and artificial intelligence. Earlier this year, Shen promoted China’s drive to develop in such deep-technology fields, and he reportedly plans to deploy a $9 billion new fund away from consumer-facing platforms like Tencent and Alibaba into things like A.I., semiconductor chips, and robotics.

“It is now the hardest time to invest as it’s ever been,” says Rui Ma. “Anything that is not deep tech is really, really slow to close if the deals can even get funded at all.”

Earlier this year, JPMorgan published (and later retracted) an “uninvestable” call on Chinese internet stocks. Months later, some investors may believe that the era of China’s booming platforms is finally over.