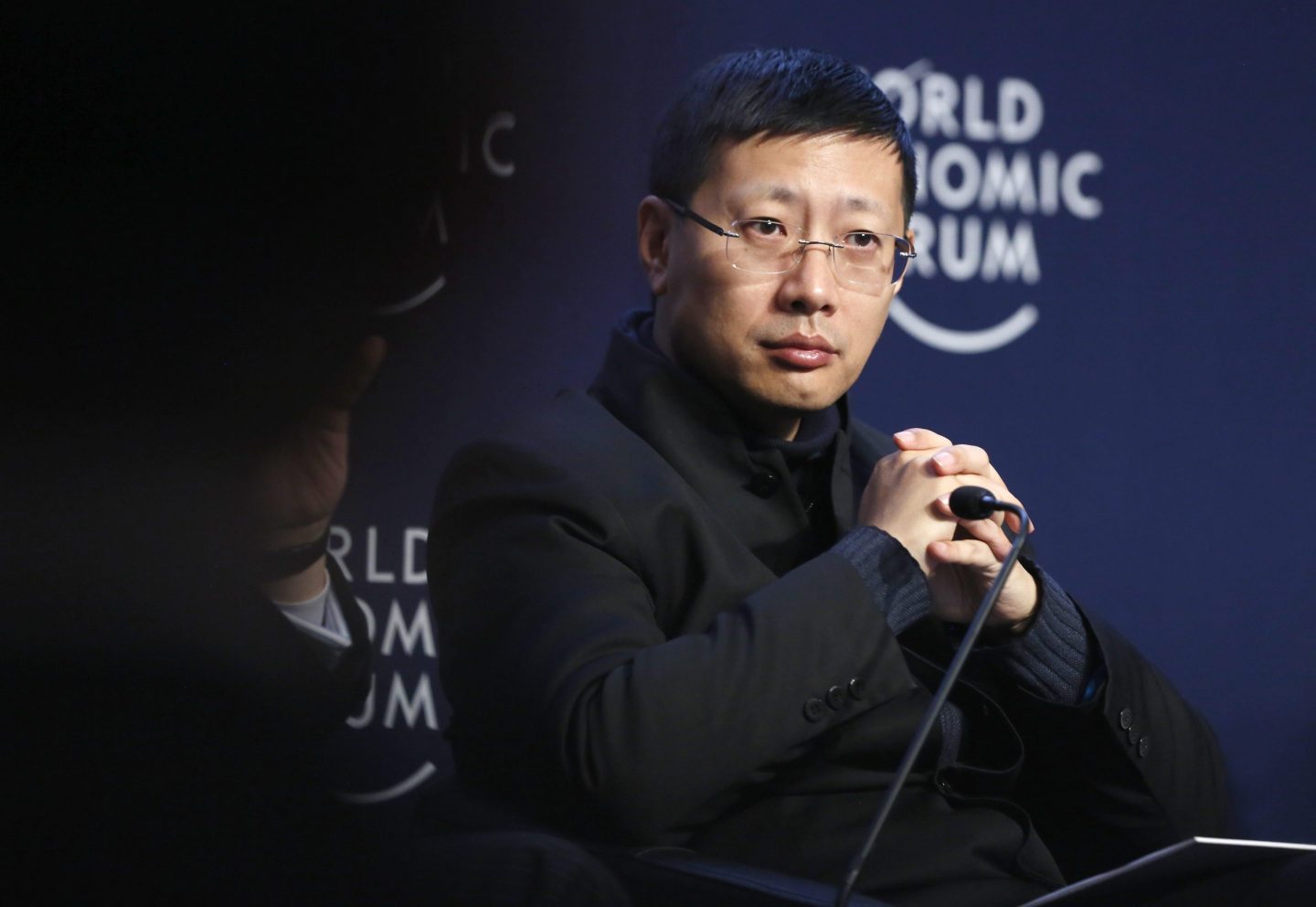 Shen’s new focus on biotechnology and manufacturing signals a pivot away from the startups he’s favored in the past.
Jason Alden–Bloomberg/Getty Images

Two weeks ago, star venture capitalist Neil Shen stunned the investment community when his firm Sequoia China, an affiliate of the Silicon Valley venture capital firm, raised a potentially record-breaking $9 billion to invest in four new funds focused on Chinese tech startups. The massive sum was as compelling as the fund’s timing. Nine billion dollars may be the largest fund ever raised by a single firm devoted to investing in Chinese startups. And it occurred as Beijing engages in a yearslong crackdown on Big Tech in China. The regulatory campaign has wiped $1.5 trillion in value from Chinese tech stocks since late 2020.

In the past, Shen has made a fortune investing in some of the tech giants Beijing is now targeting. With a fresh $9 billion to deploy, what sort of companies will Shen invest in this time around?

The world is starting to gather answers.

Clues are buried in a speech Shen delivered to Chinese policymakers in March. Based on the address, Shen appears eager to “realign his investment themes” to match China’s government priorities, a chief executive of a rival firm recently told the Financial Times. Shen gave his speech to the Chinese People’s Political Consultative Conference (CPPCC), a symbolically important yet largely powerless body, right before China’s Two Sessions meeting in March, the most important political meeting on China’s calendar. Shen is the only venture capitalist in the CPPCC, giving him unique access to China’s top government officials.

At the conference, Shen advised China to focus on “deep technology” such as artificial intelligence and robotics, the South China Morning Post reported. He also said China should be focused on increasing efficiency in manufacturing and agriculture by investing in frontier technologies. The sectors Shen name-checked align with the “strategic emerging industries” like biotechnology and manufacturing that Beijing handpicked in 2020 to receive more state support and preferential treatment.

Shen’s new focus on Beijing’s chosen sectors signals a pivot away from the startups he’s favored in the past.

In late 2020, Beijing halted what would have been the world’s largest-ever IPO when it stopped fintech giant and Alibaba affiliate Ant Group from debuting in Hong Kong and Shanghai over antitrust concerns. The move kick-started a yearslong regulatory campaign to rein in the power of Chinese tech giants by enforcing new antitrust rules and imposing fines. That crackdown has battered some of Shen’s biggest bets including delivery giant Meituan Dianping, ride hailer Didi, and e-commerce giant Alibaba. The stock prices in New York for Meituan and Alibaba have dropped 56% and 66%, respectively, from peaks last year. Shen, meanwhile, has not been able to cash in on his undisclosed Didi stake. Beijing launched an investigation into Didi after the ride hailer debuted on the Nasdaq in July 2021 against Beijing’s wishes. Didi’s stock price has dropped 78% since its debut, and Beijing fined Didi $1.2 billion this week, ending the probe.

Shen is already shifting his $50 billion war chest from companies that are more consumer facing to more hard-technology firms, such as ones that focus on semiconductors, batteries, and high-end manufacturing. Last September he said 80% of Sequoia China’s investments were in hard-tech firms.