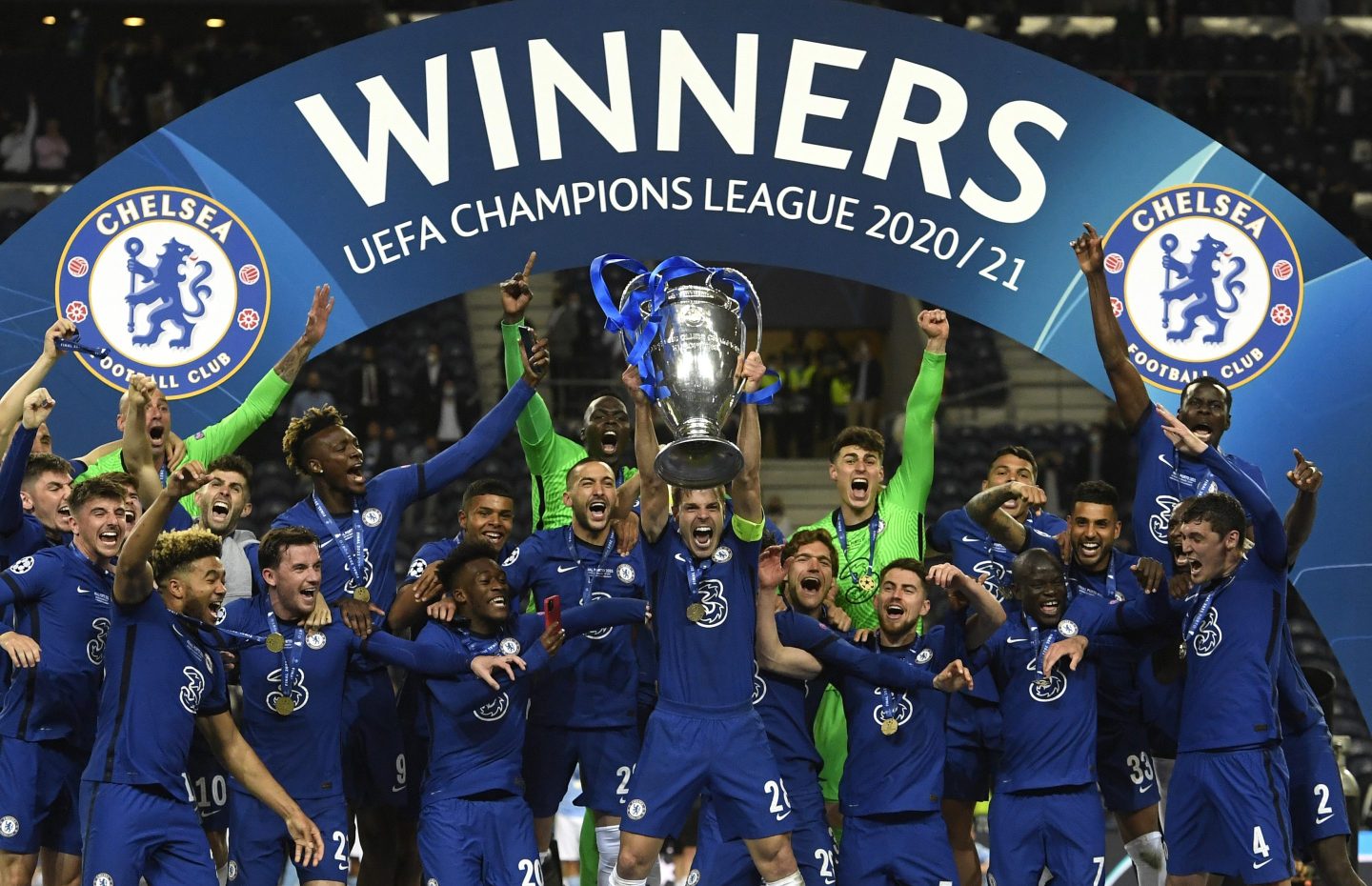 Cesar Azpilicueta of Chelsea lifts the Champions League Trophy following their team's victory in the UEFA Champions League Final between Manchester City and Chelsea FC at Estadio do Dragao on May 29, 2021 in Porto, Portugal.
Pierre-Philippe Marcou—Pool/Getty Images

Paramount Global renewed its U.S. media rights to Champions League football matches in a deal valued at more than $1.5 billion over six years, more than doubling the size of its previous contract in a sign of the sport’s growing popularity with Americans.

The owner of the CBS network and Paramount+ streaming service will air the annual tournament featuring Europe’s top football teams under a new agreement that runs from 2024 to 2030. Paramount will pay about $250 million per year, up from about $100 million a year under the prior deal, according to people familiar with the matter.

The Union of European Football Associations, or UEFA, had been seeking about $2 billion over six years for the English- and Spanish-language rights combined, but decided to hold off on selling Spanish rights because the streaming market for that audience is still in its early days, the people said. TelevisaUnivision Inc., which currently owns the Spanish-language rights, launched a new streaming service called Vix+ in July. Meanwhile, its rival, Telemundo, plans to start a content hub on Peacock, the streaming service owned by its parent, Comcast Corp.

The new deal with Paramount validates the Champions League as one of the most valuable European football properties in U.S. media and is further evidence of the soaring cost of sports rights. In November, Comcast Corp.’s NBC agreed to pay more than $2.5 billion over six years to renew the U.S. rights to broadcast English Premier League matches. That was nearly triple the cost of its previous deal. Apple Inc. is paying a minimum guarantee of $250 million per year for Major League Soccer rights, almost triple the value under the previous agreement, according to Sports Business Journal.

Paramount is betting the sport will continue to gain popularity in the U.S. The Champions League final between Real Madrid and Liverpool attracted 2.8 million viewers on its CBS network in May, the largest U.S. audience ever for a final game broadcast on English-language television. It also was the largest streaming audience for a match on Paramount+.

Before settling on Paramount, UEFA also had preliminary discussions for the Champions League rights in the US with Comcast’s NBC, Walt Disney Co.’s ESPN, Amazon.com Inc., Apple, Fox Corp., Warner Bros. Discovery Inc., Univision and DAZN, according to the people, who asked not to be identified because the talks were private. In the end, Paramount and Amazon made the two highest bids, the people said.

“UEFA has been a key driver for Paramount+ since our launch and we are thrilled to extend this successful partnership showcasing even more world-class soccer through the 2029-30 season, building on the incredible momentum we have created the past two years,” said Sean McManus, chairman of CBS Sports.

For UEFA, it was a particularly good moment to negotiate a new contract. Not only are media companies willing to pay more for sports rights, the U.S. is also hosting the World Cup in 2026, which is likely to generate more excitement around the sport.

The bidding process for the Champions League was run by Relevent Sports Group, which was co-founded by Miami Dolphins owner Stephen M. Ross. In February, Relevent won the rights to broker UEFA’s U.S. media deals, beating out other agencies such as Octagon and Endeavor’s IMG by promising to sell the rights for at least $250 million a year.