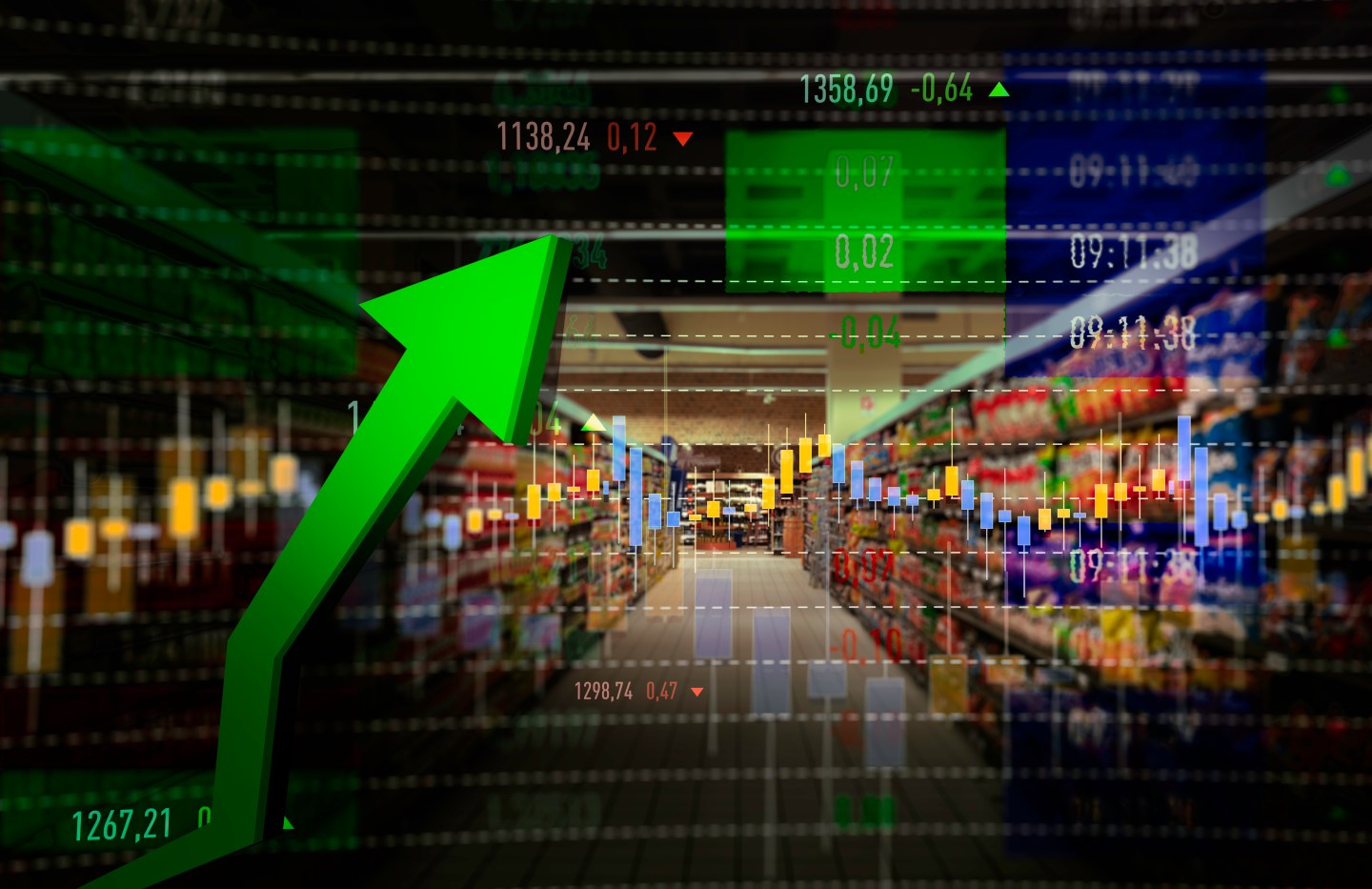 Anyone who walks into a store knows that companies have been hiking the prices of their products. Executives, of course, say they have little choice because they need to offset rising costs due to record-high inflation.

But is it all companies? Or just some?

A recent survey of 81 CFOs by Fortune and NewtonX, a B2B market research company, sheds light on the phenomenon. It turns out that just over half of the finance chiefs—representing industries including banking, asset management, health care, construction, energy, and retail/e-commerce—said their companies have hiked prices.

But for whatever reason, those price increases are largely influenced by how big the businesses are. Seventy-one percent of CFOs at bigger companies—those with more than 1,000 employees—said they’ve increased prices while only 42% of those at smaller ones have. Overall, a quarter of CFOs haven’t yet raised prices so far this year, but have plans to do so.

Meanwhile, in light of the sputtering economy, CFOs are closely watching spending by their employers. More than a third of them said they’ve slowed hiring and a nearly equal number—31%—are renegotiating contracts with their vendors. Most CFOs, (77%) think a recession will take place within the next 12 months.

Reflecting the healthy employment market, most CFOs surveyed said they have no plans for layoffs, according to the survey. It’s one of the oddities of this downturn compared to previous ones: Despite two consecutive quarters of declining GDP, relatively few companies have undergone mass layoffs.

In terms of renegotiating existing contracts, 39% of big company finance chiefs said they had done so. At smaller companies, that number was lower at 26%.

Asked in which departments they would make budget cuts if there were a recession, respondents said market research and marketing would be at the greatest risk. Meanwhile, IT, customer service, and data/analytics departments would be at the least risk of cutbacks.

But there’s one area of technology where CFOs are still cautious—cryptocurrencies. Just 4% said their companies allow customers to pay using crypto. Meanwhile, 86% said such payments won’t be implemented this year or in 2023.

Finally, in describing their own jobs, 80% of the CFOs said their roles have evolved in the past 12 months. That would include adding responsibilities in areas that aren’t traditional to the finance chief role like tech skills.

A new report by S&P Global Market Intelligence found that in July, due to inflation and rising interest rates, global private equity and venture capital entries decreased to the lowest monthly totals of the year. In July, deal value worldwide was down 63% in July to $43.05 billion from $116.47 billion during the same month a year ago, according to the report. There was a total of 1,579 transactions, a decline from the 2,231 deals booked in July 2021.

“Here’s where experts think you should invest that $10,000 right now” by Lucy Brewster

“Mariah Carey wants to trademark ‘Queen of Christmas,’ but she’s got a lot of competition” by Colin Lodewick

James Mock was named CFO at Moderna, Inc., (Nasdaq: MRNA) a biotechnology company, effective September 6. Following the appointment of Mock, David Meline will retire as the company's CFO but will remain as a consultant. Before joining Moderna, Mock served as SVP and CFO of PerkinElmer, Inc., (NYSE:PKI) a life sciences, diagnostics and analytical solutions company. Before that, Mock served for nearly 20 years in a wide range of financial oversight capacities within General Electric Company, both in the United States and overseas.

Rajesh (Raj) K. Agrawal was named SVP and CFO at Arrow Electronics, Inc. (NYSE:ARW), effective Sept. 6. Agrawal joins Arrow from Western Union where he has served as EVP and CFO since 2014. During his tenure as CFO, he also intermittently held the senior positions of head of mergers and acquisition strategy as well as global operations. In addition to serving in other various finance and business leadership roles at Western Union, Agrawal held progressively senior roles with Deluxe Corp., General Mills, Inc., Chrysler Corp., and General Motors Corp.

Jody Macedonio was named CFO at Meati Foods, a plant-based meat company. Joining from her previous role as CFO of Chobani and Dean Foods, Macedonio will oversee Meati Foods’ financials and partner with the leadership team to drive growth with the goal of becoming the U.S. market share leader in plant-based meat by 2025, according to the company. Meati Foods recently closed a $150M Series C fund. Chipotle has invested in Meati Foods as part of its first cohort for its Cultivate Next venture fund.

Ken Porpora was promoted to EVP and CFO at ADT Inc. (NYSE: ADT), smart home and small business security company. Porpora will succeed Jeff Likosar, who has been named president, corporate development and chief transformation officer, after serving more than five years as CFO. Porpora has been with ADT for nearly 25 years, holding leadership roles across finance, sales, marketing, and operations. Porpora will have responsibility for all finance functions.

Ronen Stein was named CFO at Ceragon Networks Ltd. (Nasdaq: CRNT), a global solutions provider of 5G wireless transport, effective Sept. 21, 2022. Stein has more than 20 years of experience as a finance chief having held a variety of CFO roles in both private and U.S. listed public companies. Most recently, Stein was CFO of Siklu, an Israel-based company in the telecommunications sector. Previously he served as the CFO of 10bis, Enercon technologies, Knock N’Lock, and Pointer Telocation.

Andrew Steinberg was named CFO at Honor Technology, Inc., a home care network for older adults and a technology platform. The announcement comes a year after Honor’s acquisition of Home Instead and Series E funding. Steinberg brings nearly two decades of experience. Steinberg joins Honor Technology from Evercore, where he was a managing director. Before Evercore, he worked in a global strategy role at Google and as a consultant at Booz Allen Hamilton.

“Recession is a word. Whether we are in a recession or not is really not the important thing. It’s what it feels like for the people going through this."

—Bank of America CEO Brian Moynihan told The Associated Press in an interview this week.