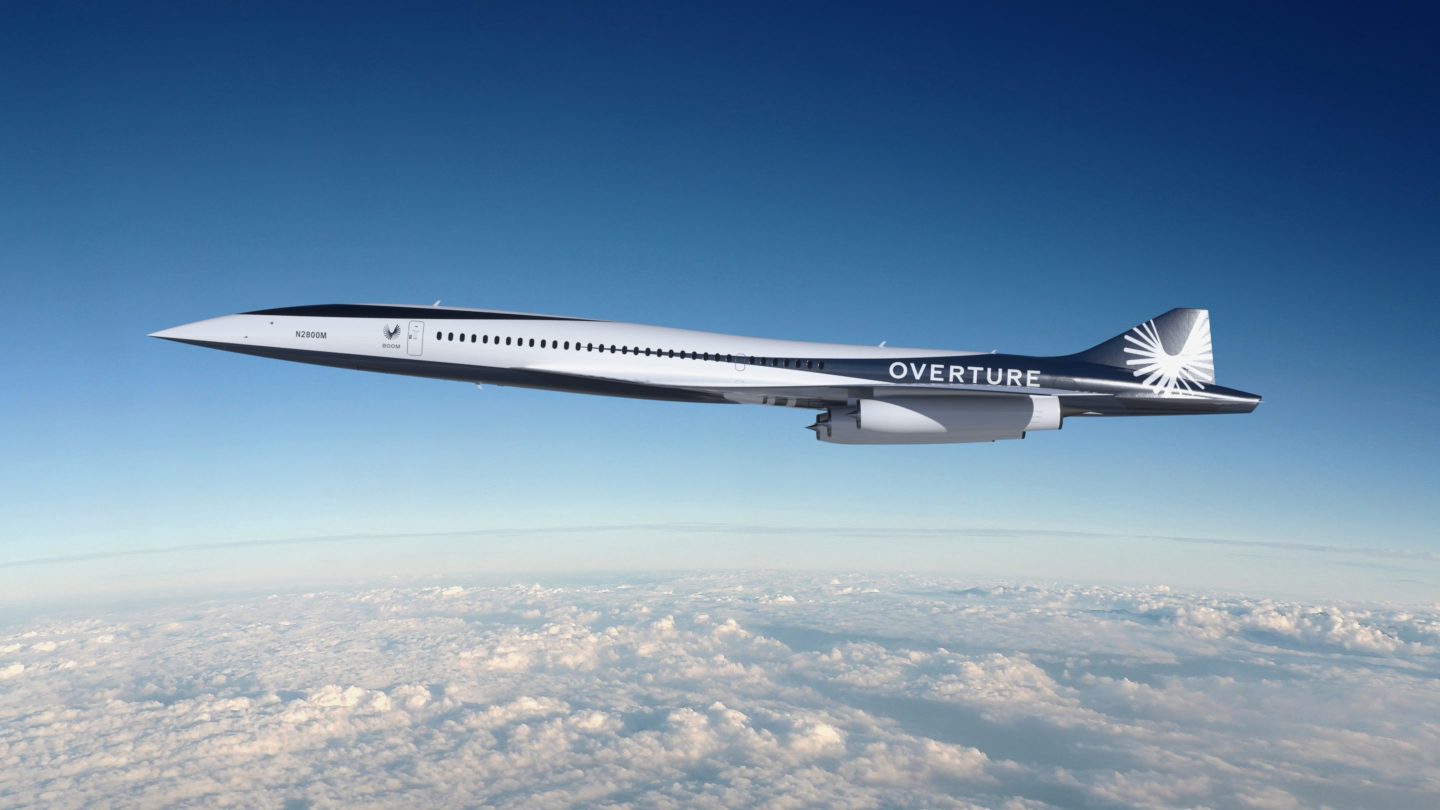 American Airlines has agreed to buy 20 Overture planes, which are designed to travel faster than the speed of sound, from Boom Supersonic.
Courtesy of Boom Supersonic

American Airlines has set its sights on cutting flight times in half, with a purchase of planes so fast they’re capable of breaking the sound barrier.

American announced Tuesday that it had agreed to buy 20 Overture aircraft from Boom Supersonic, a U.S. company working to bring supersonic speeds back to commercial air travel.

American Airlines has paid a nonrefundable deposit on the aircraft, with an option to purchase an additional forty.

The value of the deal was not disclosed.

Under the terms of the agreement, Boom must meet industry standard operating performance and safety requirements before any of the planes are delivered to American.

Boom says its flagship Overture jet, designed to carry 65 to 80 passengers, is expected to reach its destinations at twice the speed of today’s fastest commercial aircraft and run on 100% sustainable aviation fuels.

The aircraft are slated to begin carrying commercial passengers in 2029.

The Overture will be able to reach Mach 1.7 speeds above water, according to its manufacturer.

Mach numbers above one mean an object is traveling at supersonic speeds—that is, faster than the speed of sound. Airbus’s and Boeing’s commercial aircraft reach cruising speeds of around Mach 0.85.

Derek Kerr, American’s chief financial officer, said in a press statement on Tuesday that the airline saw supersonic travel as an important part of its future.

“We are excited about how Boom will shape the future of travel both for our company and our customers,” he said.

Boom’s order from American is the latest in a string of high-profile deals the company has secured in recent years.

Rival U.S. airline United agreed last year to purchase 15 of Boom’s Overture aircraft, and at the beginning of this year, Boom landed a $60 million research and development partnership with the U.S. Air Force.

By 2020, Boom said it had already received 30 preorders for the Overture from Japan Airlines and Richard Branson’s Virgin Group, the parent company of airline Virgin Atlantic.

How much will it cost to travel?

According to Boom, the cost of tickets for a flight aboard the Overture will be “comparable to today’s business class,” with airlines setting the final prices.

Supersonic aircraft fly at higher altitudes than existing commercial planes, meaning they fly “above most of the turbulence, allowing a smoother ride than on subsonic aircraft,” according to the company.

Passengers will not hear or feel anything when the plane breaks the sound barrier, Boom says.

Supersonic passenger travel became a thing of the past with the retirement of the Concorde in 2003, with carriers British Airways and Air France attributing their decision to stop using the aircraft on slumping demand and high maintenance costs.

The Concorde set the record for the fastest transatlantic commercial flight when in 1996 it flew from New York to London in just two hours, 52 minutes, and 59 seconds with an average speed of 1,250 miles per hour.

Boom isn’t alone in working toward the reintroduction of supersonic air travel, however.

Among the companies working on supersonic passenger jets is U.S.-based Exosonic, which is developing a jet with top speeds of Mach 1.8 and was awarded a grant from the U.S. Air Force in 2020 to build a supersonic plane that could be the future Air Force One.

Meanwhile, Delaware-based startup Eon Aerospace has designed an aircraft that can transport passengers at speeds of up to Mach 1.9.

Last year, CNBC reported that Aerion Supersonic, a Nevada-based competitor, was shutting down because of financial constraints.

While some companies developing supersonic planes want to halve flight times, others are setting their sights on making even bigger strides when it comes to speeding up long-distance travel.

Beijing startup Space Transportation is also aiming to make hypersonic travel a reality with its own space plane, which would carry passengers at speeds of one mile per second.