Mariah Carey wants to trademark ‘Queen of Christmas,’ but she’s got a lot of competition 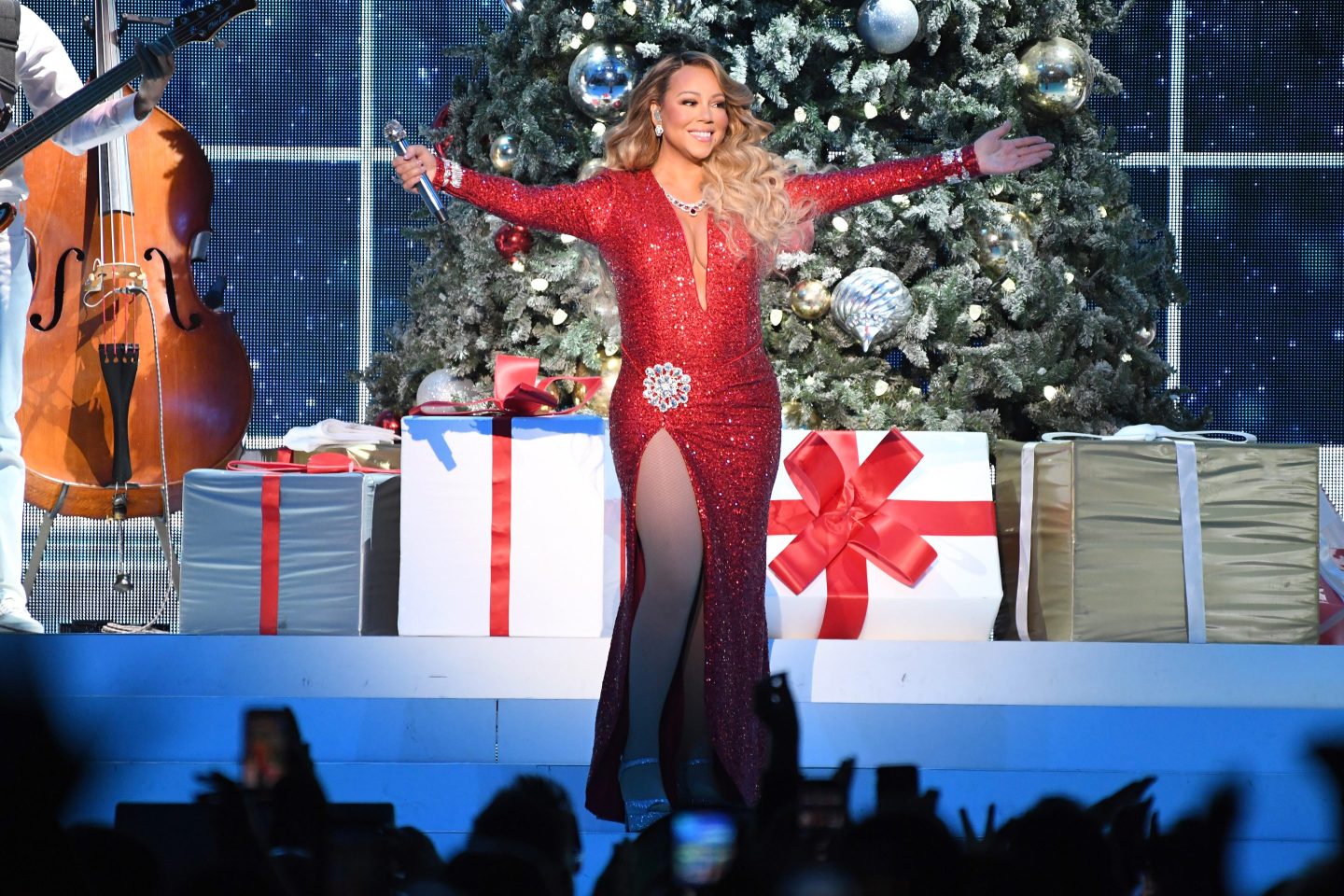 Mariah Carey's signature song is "All I Want for Christmas Is You," but does that entitle her to the "Queen of Christmas" title?
Kevin Mazur—Getty Images for MC

Every year, just after Halloween, stores start playing a song with a catchy toy-piano melody that opens with the famous admission: “I don’t want a lot for Christmas, there is just one thing I need.”

Superstar Mariah Carey, who sings that song, “All I Want for Christmas,” is referring to love. But now she also wants an approved trademark—and other singers with ties to Christmas aren’t happy about it.

Last year, Carey filed an application with the U.S. Patent and Trademark Office via her consumer goods brand Lotion LLC to copyright the phrase “Queen of Christmas” for use on products like perfumes, body lotions, and cosmetics. Carey simultaneously filed applications for the phrases “QOC,” “Princess of Christmas,” and “Christmas Princess.” The applications were made public in July.

Last week, singer-songwriter Elizabeth Chan, who exclusively writes and records original Christmas music, filed a declaration of opposition to the applications with the USPTO. “Christmas is big enough for more than one ‘Queen,’” the statement begins, before listing other prominent artists with valid claims to the title. Besides Chan and Carey, singers Darlene Love and Brenda Lee could just well be called the “Queen of Christmas,” according to the statement.

Love is known for her Christmas standard “Christmas (Baby Please Come Home),” while Lee is the voice behind “Rockin’ Around the Christmas Tree.”

“This is a perennial nickname that has been and will continue to be bestowed on multiple future singers for decades to come,” the statement adds. WilmerHale, the law firm representing Chan, and Fross Zelnick, the firm representing Carey, did not immediately respond to Fortune’s request for comment.

This week, Love herself responded to the controversy. “Is it true that Mariah Carey trademarked ‘Queen of Christmas’?” she wrote on Facebook on Monday, adding that talk show host David Letterman called her the Queen of Christmas on his show 29 years ago, before Carey’s hit single was released in 1994.

Without any Christmas copyright in place, Carey already makes significant revenue from “All I Want for Christmas Is You.” In 2016, the Economist reported that the song has brought in over $60 million since its release.

Earlier this summer, another artist made headlines for a single song’s success. After being featured in the TV show Stranger Things, “Running Up That Hill (A Deal With God)” by Kate Bush enjoyed a resurgence in popularity and reportedly earned the British artist $2.3 million between May 27 and the end of June.