The world could be ‘sleepwalking’ into a ‘nuclear war,’ WHO chief warns regarding Russian-occupied Ukrainian power plant 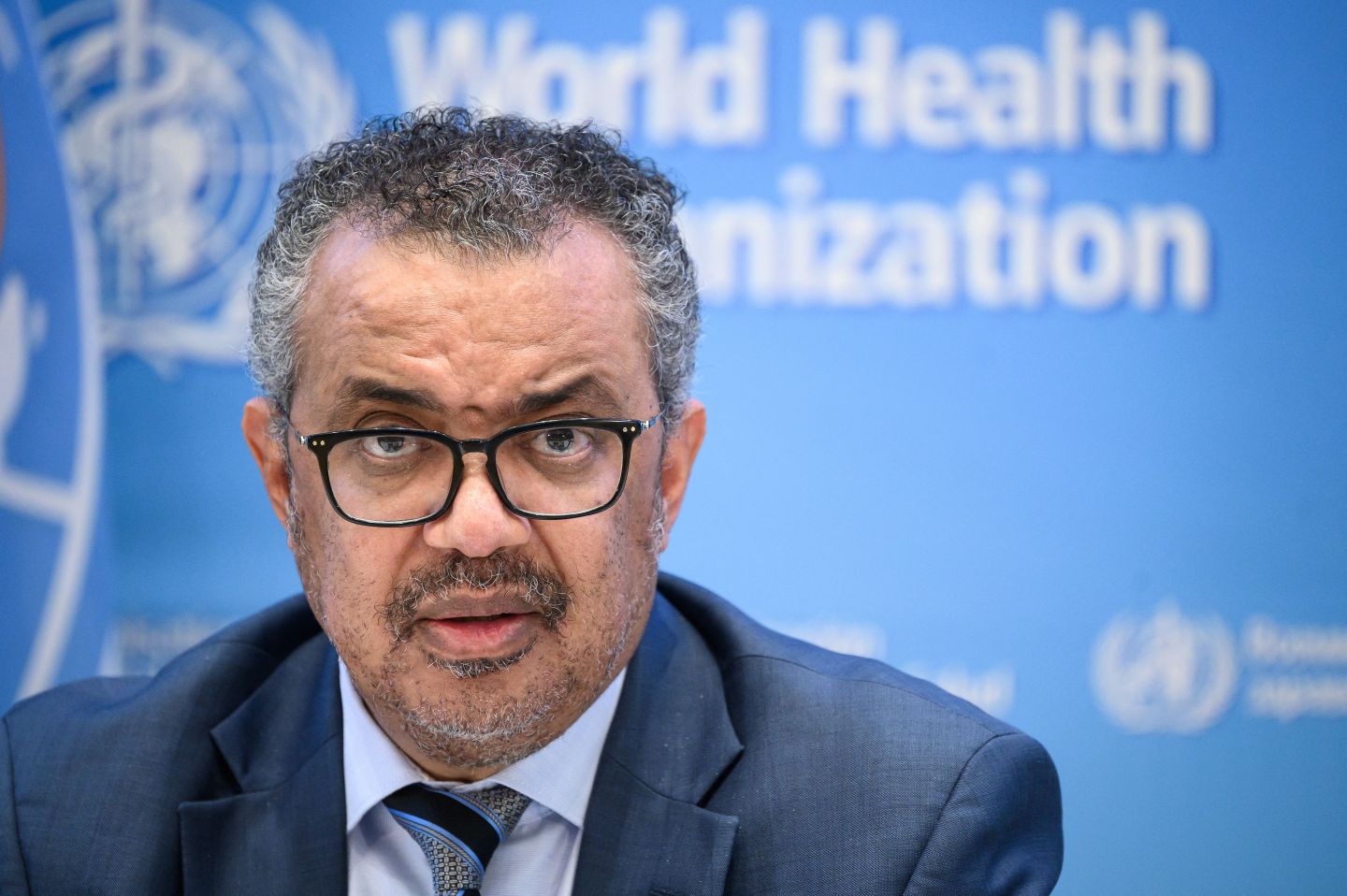 World Health Organization (WHO) Director-General Tedros Adhanom Ghebreyesus speaks during a press conference on Dec. 20, 2021, at the WHO headquarters in Geneva.
FABRICE COFFRINI—AFP/Getty Images

The world could be “sleepwalking into a major disaster…even a nuclear war,” the World Health Organization’s chief said at a Wednesday press briefing.

Ukrainian workers are continuing to work at the plant—the largest in Europe—under the barrels of Russian guns to ensure a Chernobyl-type disaster doesn’t occur, Reuters reported Tuesday.

Shelling and explosions continue, with the two countries blaming each other. Such activity earlier this month forced the plant to shut down an electrical power transformer and two backup transformers, resulting in the shutdown of a nuclear reactor, according to the AP.

“We hear now about the incidences in the nuclear reactor,” Ghebreyesus said. “My fear is that we are sleepwalking into even a nuclear war. That’s dangerous. It’s the mother of all problems.”

On Thursday United Nations nuclear chief Rafael Grossi warned that the situation at the plant “has been deteriorating very rapidly” and called on Russia and Ukraine to allow nuclear experts to assess damage, as well as evaluate safety and security, the Associated Press reported.

Grossi, the director general of the International Atomic Energy Agency, called the situation at Zaporizhzhia “completely out of control” in an interview with the AP earlier this month. And U.N. Secretary-General António Guterres called for an end to all military activity around the plant, warning that damage could lead to “catastrophic consequences” locally, regionally, and beyond, according to the AP.

Russia captured Zaporizhzhia in March, igniting fears of another disaster like that at Chernobyl in 1986, the world’s worst nuclear disaster yet.

Ukrainian President Volodymyr Zelenskyy on Thursday told defense leaders at a conference in Copenhagen that an incident involving radiation at the plant “could be even more catastrophic than Chernobyl, and essentially the same as the use of nuclear weapons by Russia, but without a nuclear strike,” according to the AP.

On Wednesday Adhanom Ghebreyesus called on the Russian government to “choose peace.”

“If they want peace, they can make it happen,” he said. “It’s in their hands…This thing can be addressed unilaterally by the Russian government.”