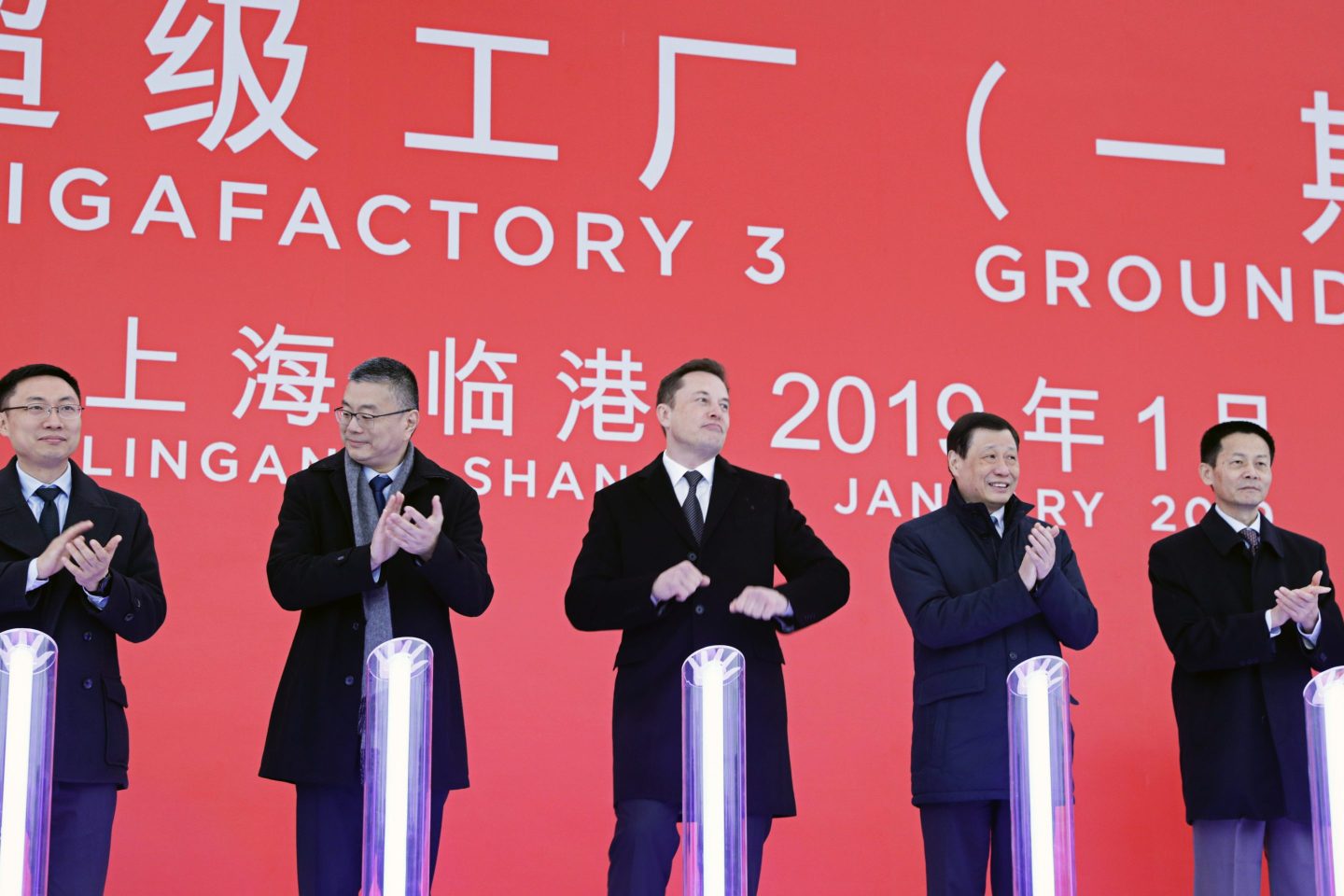 Elon Musk contributed an article to “China Cyberspace,” the official magazine of the Cyberspace Administration of China.
Qilai Shen—Bloomberg/Getty Images

Elon Musk often issues bold projections about where technology is going, and he recently used a unique platform to share his latest predictions on human progress: China Cyberspace, the official magazine of China’s internet regulator.

In the article, Musk shared news from three of his companies—Tesla, Neuralink, and SpaceX—and called on “like-minded Chinese partners” to help him build a “future worth waiting for.”

The Tesla CEO is the first foreigner to write for China Cyberspace, a magazine edited and published by the Cyberspace Administration of China (CAC). Previous issues featured articles from Chinese tech CEOs like Tencent’s Pony Ma and Alibaba’s Daniel Zhang, according to the (Alibaba-owned) South China Morning Post.

The CAC has not yet uploaded an online version of Musk’s column, but Xinhua reporter Yang Liu translated a physical copy of the article into English in his newsletter Beijing Channel. Tesla did not immediately respond to Fortune’s request for comment, but Tesla China confirmed to Bloomberg that the article came from Elon Musk.

The CAC is the chief body responsible for regulating and controlling the Chinese internet, including censorship. The regulator flexed its regulatory muscle in July 2021 when it announced a probe into Chinese ride-hailing company Didi Global for data security violations days after the company’s IPO in New York.

In his article, Musk praised China’s investments in renewable energy, electric vehicles, and battery technology, calling Chinese companies “a force to be reckoned with in the cause of energy innovation.”

The Tesla CEO also pitched the upcoming “Tesla Bot,” a humanoid robot the company revealed last year. Musk said the robot would eventually “serve millions of households,” doing tasks like “caring for the elderly.” China’s population is aging quickly owing to falling birth rates, making elderly care a priority for a central government that’s racing to ease the country’s demographic crisis. “Perhaps in less than a decade, people will be able to buy a robot for their parents as a birthday gift,” Musk predicted.

Musk took an even longer-term view of space exploration. He wrote that his “greatest hope” was to create a “self-sustaining city on Mars,” and that his drive to turn humans into “multi-planetary creatures” was aimed at ensuring the future of human civilization, which he characterized as “a little shimmering light in the void.”

Musk is praising China at a time when many other Western CEOs are downplaying their presence in the country amid deepening tensions between China and the U.S. Tech CEOs like Mark Zuckerberg spent years trying to break into the China market, only to pivot in recent years and warn of the threat posed by Beijing.

The Tesla CEO has styled himself as a champion of free speech amidst his—now suspended—plans to buy the social media platform Twitter, but writing for China’s internet regulator risks undercutting Musk’s free speech credentials.

China is key to Tesla’s supply chain; one of the carmaker’s five gigafactories is based in Shanghai. The city’s two-month COVID lockdown caused declines for Tesla in both vehicle deliveries and profits in the second quarter of the year. The carmaker—reportedly with government help—kept assembly lines at its Shanghai factory running through a so-called closed-loop system that forced workers to live on-site. But disruption elsewhere in China’s auto industry led to parts shortages, forcing the gigafactory to cut shifts.

Tesla was so concerned about cash flow after China’s COVID lockdowns that it liquidated 75% of its Bitcoin holdings, according to the carmaker’s second-quarter earnings call.

Tesla hasn’t escaped Chinese regulatory scrutiny. In April 2021, state media called the carmaker “arrogant” after it refused to release data to an angry customer looking for more information about a crashed Tesla. The next month, Tesla announced that it would build a Shanghai data center to host data from its Chinese customers, complying with local data security legislation, as well as relax its “no compromise” policy on sharing data with users. Yet Chinese officials still at times consider Tesla cars a risk, with officials in Beidaihe—the location of an annual conclave of top Communist Party leaders—barring Tesla cars from the road for July and August.

Tesla’s China operations appear to be back on track. On Monday, Elon Musk tweeted that Tesla’s Shanghai gigafactory made its 1-millionth car out of a total of 3 million produced globally since the carmaker’s founding.