As Bill Gates warns the return of polio to New York is a ‘threat to us all,’ London finds it in the city’s wastewater 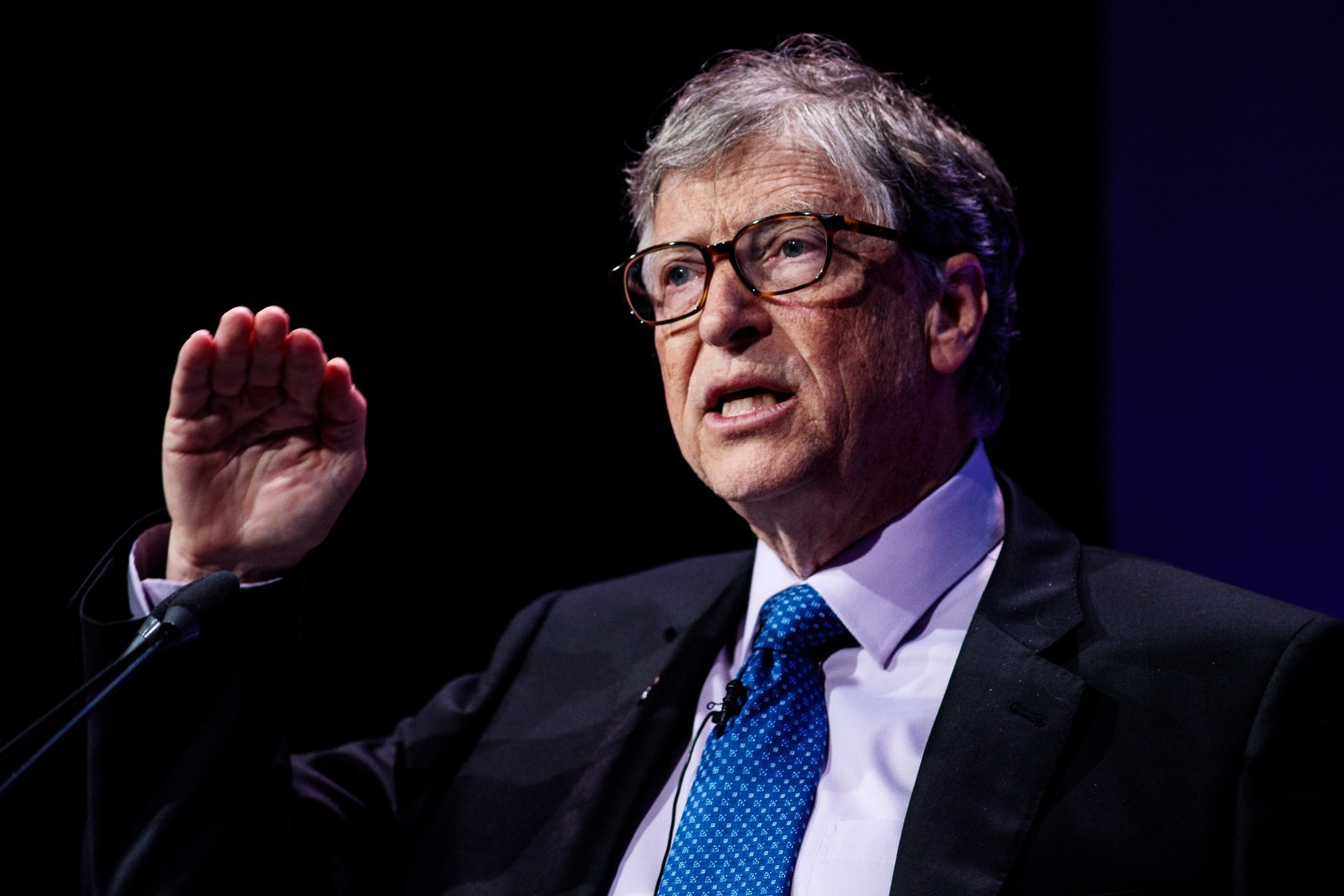 Bill Gates, pictured in 2018, warned recently that polio "remains a threat to all of us."
Jack Taylor—Getty Images

Polio just came back to the U.S. after disappearing for a decade this summer. It looks like it’s still on the move.

A disease that once sparked widespread panic before being eradicated by vaccines, authorities
discovered polio in the wastewater in two New York state counties in July and August.

“For every one case of paralytic polio observed, there may be hundreds of other people infected,” State Health Commissioner Dr. Mary T. Bassett said in a statement last week. “Coupled with the latest wastewater findings, the Department is treating the single case of polio as just the tip of the iceberg of much greater potential spread.”

The discovery of the virus on U.S. soil prompted a warning from billionaire Microsoft co-founder and philanthropist Bill Gates that the disease should still be considered a danger—to everyone.

Gates may have more reason to worry soon. On Wednesday, health authorities in the U.K. announced that type 2 vaccine-derived poliovirus had been detected in London’s wastewater.

The U.K. Health Security Agency said children aged one to 9 in the capital would soon be offered an additional polio vaccine to ensure a high level of protection against paralysis and limit any further spread of the virus.

If a vaccine-derived poliovirus strain is allowed to circulate among unvaccinated populations for long enough, the weakened virus can revert to a form that causes illness and in some cases, paralysis, according to the U.S. Centers for Disease Control (CDC).

“Beyond a close network of a few individuals”

Of 116 type 2 poliovirus samples discovered in London’s wastewater between February and July, a few had sufficient mutations to be classified as vaccine-derived poliovirus, British health officials said on Wednesday.

The strain is a cause for concern as it “behaves more like naturally occurring ‘wild’ polio and may, on rare occasions, leads to cases of paralysis in unvaccinated individuals,” they said.

In response to the discovery of VDPV2, the UKHSA said it was working closely with health agencies in New York and Israel, as well as the WHO, to investigate potential linked between the poliovirus detected in London and recent polio cases in both countries.

Traces of the virus were present in sewage across eight districts in north and east London, including Barnet, Camden and Hackney, the UKHSA said on Wednesday.

The findings suggested that transmission “has gone beyond a close network of a few individuals,” the agency said.

Officials stressed that in the U.K., most people were protected by vaccination. “No cases of polio have been reported and for the majority of the population, who are fully vaccinated, the risk is low,” Dr. Vanessa Saliba, consultant epidemiologist at the UKHSA, said in a statement on Wednesday.

“We know the areas in London where the poliovirus is being transmitted have some of the lowest vaccination rates. This is why the virus is spreading in these communities and puts those residents not fully vaccinated at greater risk.”

A further 15 sites in London will start sewage sampling this month, while another 10 to 15 will be set up across the U.K. to determine if polio is spreading outside of the city.

Most cases of polio are asymptomatic, but the virus can cause mild flu-like symptoms or, in rare cases, paralysis. If the paralysis affects the muscles used for breathing, the disease can be life threatening.

Most people recover from polio-induced paralysis, according to the British National Health Service, but some can be left with permanent disability.

There is no cure for the virus, but transmission can be prevented through handwashing with soap and water or hand sanitizer. Those unvaccinated against the virus are at far greater risk of getting ill from polio.

Around 92% of one-year-olds were vaccinated against polio in the U.S. last year, according to WHO data.

Thanks to the vaccine, which is around 99% effective at protecting children from the virus, America has been polio-free since 1979, meaning no cases of the virus have originated in the United States.

However, CDC guidance warns that the virus remains a threat, as “it takes only one traveler with polio to bring the disease into the United States.”

Of the three strains of wild poliovirus, types 2 and 3 have been eradicated—but wild poliovirus type 1 is still circulating in various parts of the world. In Afghanistan and Pakistan, the disease is endemic.

For years, Gates has been sounding the alarm on the dangers of polio, with the Bill & Melinda Gates Foundation describing polio eradication as one of its “top priorities.” The foundation is a major partner in the Polio Global Eradication Initiative and contributes financially and technically toward global vaccination and surveillance efforts.