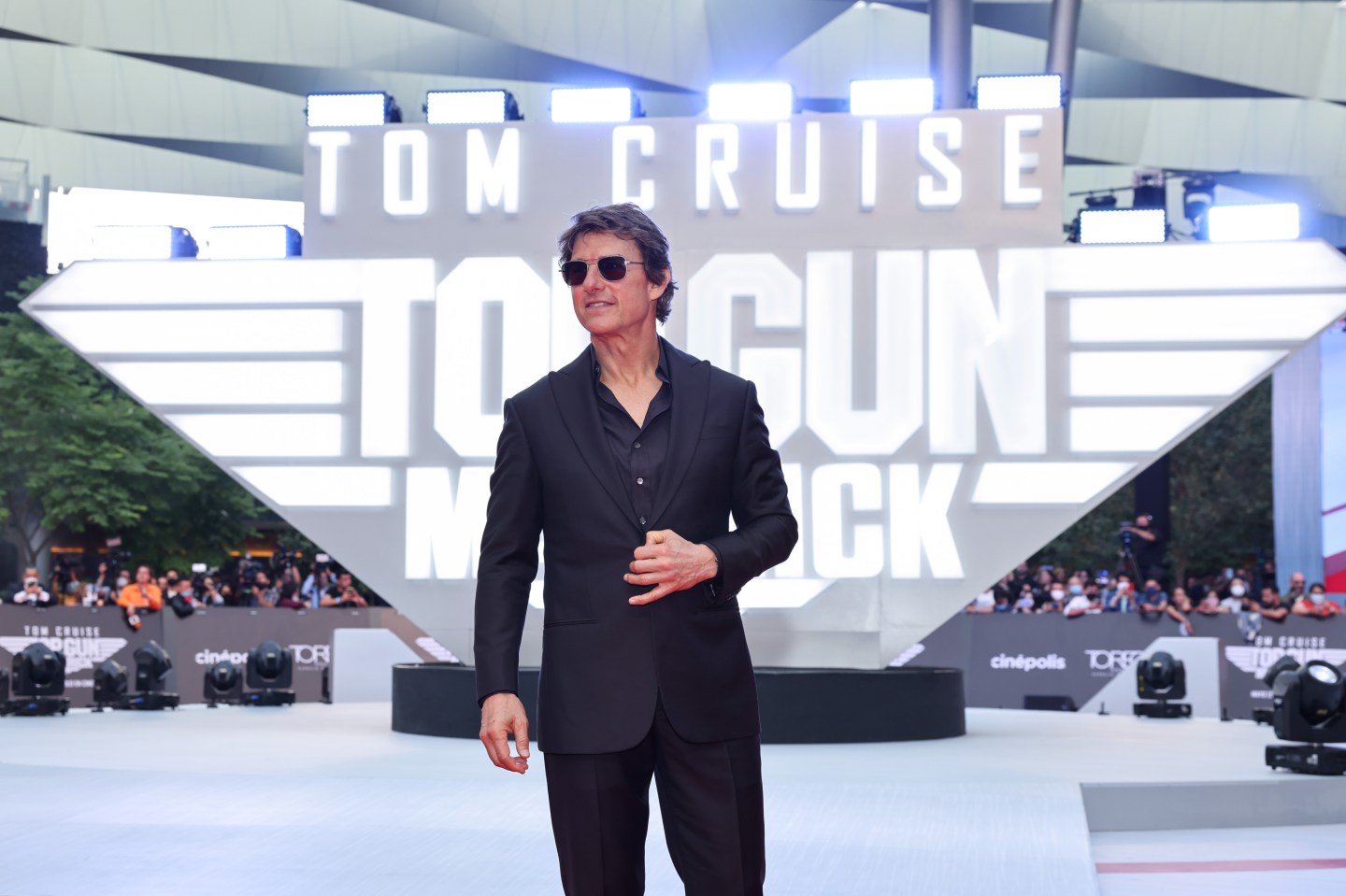 Top Gun: Maverick has overtaken Titanic to become the seventh-highest grossing movie of all time in U.S. theaters.

The sequel to the 1986 classic has earned more than $662 million in the U.S. since its release, according to data from IMBb’s Box Office Mojo, while globally it has raked in over $1.35 billion.

Those feats have now seen the movie overtake Titanic in Box Office Mojo’s ranking of movies’ all-time domestic box office earnings, with the latter earning more than $659 million from U.S. ticket sales since its release in 1997.

When it comes to global box office earnings, Maverick is the 13th-highest grossing film of all time, according to Box Office Mojo, beating out the likes of Skyfall, Frozen, and the final Harry Potter movie.

The film smashed records when it was released in May, taking $156 million at the U.S. box office over the Memorial Day weekend—surpassing the record for domestic box office over the long weekend that had previously been held by 2007’s Pirates of the Caribbean: At World’s End.

When the movie hit the $100 million milestone, it became the top-grossing pandemic-era film that wasn’t a superhero movie.

Its financial success has also marked star Tom Cruise’s first $100 million opening weekend, as well as the first film in his career to reach the $1 billion landmark.

The movie’s box office triumphs were driven by a global promotional tour, rave reviews—it has a 99% audience score on movie review site Rotten Tomatoes—and nostalgia for the 1980s original.

Maverick has widely been credited with saving the box office in a pandemic era that has seen movie theaters forced to close, the release of blockbuster titles—including the Top Gun sequel itself—delayed, and a massive shift toward streaming at home.

Analysts have speculated that given Maverick’s box-office success, Paramount—the studio behind both Top Gun movies—might find it difficult to resist pursuing a third installment in the franchise, which would likely be “a guaranteed hit.”

“It’s really about Cruise and his team,” a senior film industry analyst told Fortune in June.