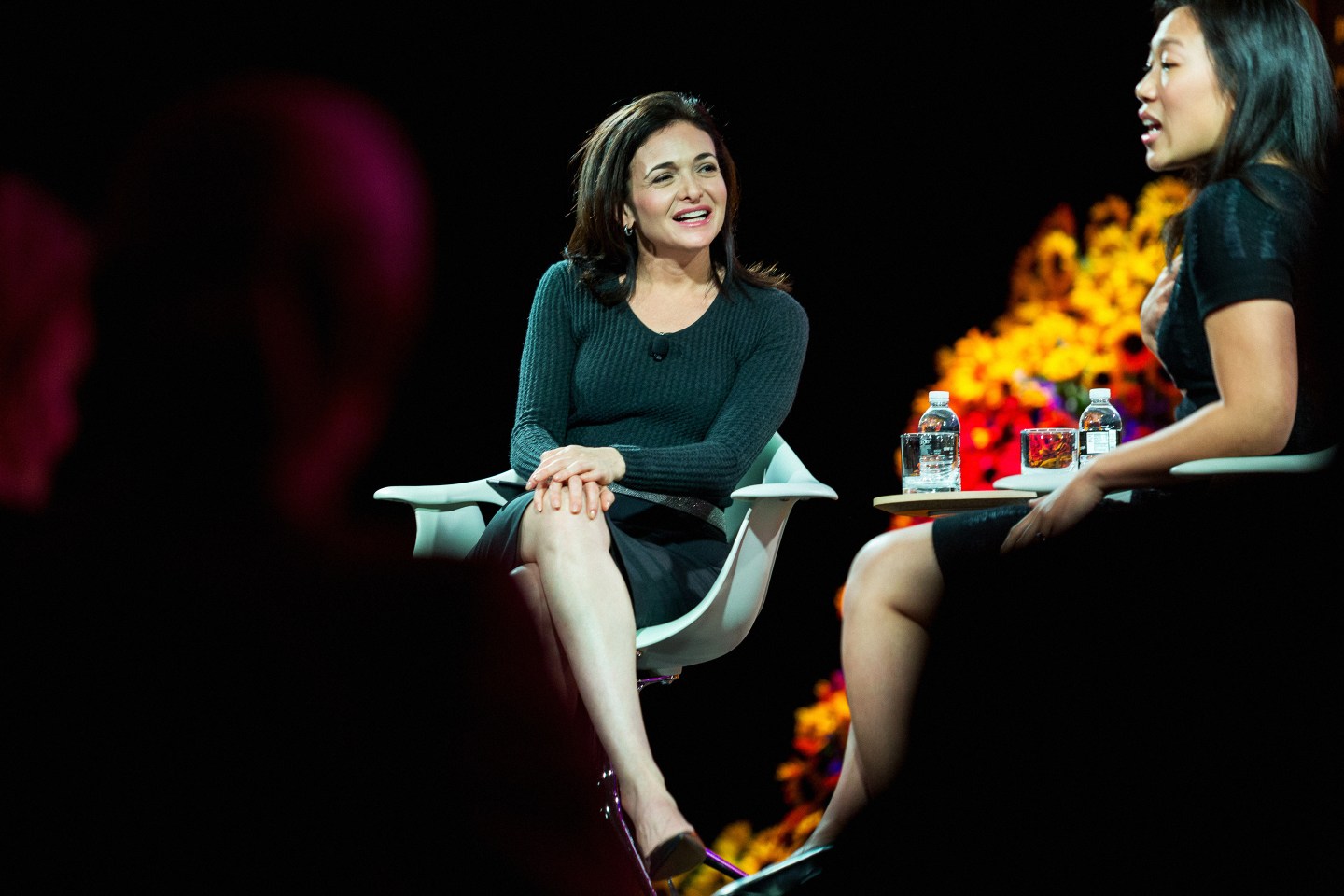 Good morning, Broadsheet readers! Daily Harvest lays off 15% of its staff, the gender wage gap can appear as quickly as three years post-grad, and one executive can’t be a ‘gender ambassador’ without consequences.

– The meaning of Sheryl. Much ink has been spilled about the departure of COO Sheryl Sandberg from her perch at Meta, which became official last week. The exit of a longtime executive from one of the world’s most powerful companies would be a newsmaking event no matter the circumstances, but Sandberg’s self-appointed role as a representative for women in the workplace adds to the intrigue.

In a new feature for Fortune, senior writer Maria Aspan examines the meaning of Sandberg’s egress. Is the interest really about one executive, albeit a complex one—or is it about what she represents?

According to Francesca Manzi, an assistant professor of management at the London School of Economics, the attention on Sandberg boils down to a recurring phenomenon. “This thing happens for women, where they become ‘gender ambassadors,’” she told Aspan. “What they do, how they perform, or what they say all seems indicative of what other women are like—and that in and of itself is just a symptom of gender bias.”

Representing an entire group of people is a tall order for any one person. As Aspan writes in her feature: “It’s an impossible task for any individual leader to represent her entire demographic. It’s also—usually—just not very fun.” Sandberg embraced that challenge over her 14-year tenure at the former Facebook.

But serving as a voice for women was ancillary to her full-time COO role. And that’s where things get complicated: If corporate America’s leading voice for women becomes embroiled in data privacy breaches and backlash over the platform’s handling of hate speech and other concerns that are core to the future of democracy, where does that leave advocacy for workplace gender equality?

There’s an obvious solution to make sure such a situation doesn’t arise again. “We need to go beyond the tokens, and the one to three executives that we can name,” Manzi said. “When we have a group of women, you can have the great ones and the bad ones, but everyone is going to be treated the same way—the way that we now treat men.”

- Hopelessly devoted. Actor and singer Olivia Newton John, famous for her roles in Grease and Xanadu, died on Monday at 73. In a statement released the same day, her family wrote that Newton-John was "a symbol of triumphs and hope for over 30 years sharing her journey with breast cancer."  CNN

- Harvest failure. Daily Harvest, the frozen vegan food delivery startup led by CEO Rachel Drori, is laying off 15% of its staff. The company became the center of a social media firestorm in June after a recall of its new French Lentil + Leek Crumbles product left 500 people sickened and 100 hospitalized. Daily Harvest said the layoffs were planned before the recall and stemmed from high inflationary pressures first communicated to employees in May. Fortune

- Post-grad pay. A gender-based wage gap emerges between men and women within a few years after college graduation, even if they received the same degree from the same school. Federal data on the wages of 1.7 million students who graduated in 2015 and 2016 show that median earnings for men surpassed women within three years, and over half topped women’s wages by 10% or more. Women only out-earned men in four of the 20 most popular areas of study, including design and communications. Wall Street Journal

- Inflation-weary. The Federal Reserve is “far from done” bringing down inflation, according to San Francisco Fed President Mary Daly. While Friday’s job report showed strong job growth, there’s still a likelihood that another half percentage point increase will come from the Fed in late September, Daly said. Two more inflation reports and another jobs report are due before then. Fortune

MOVERS AND SHAKERS: AMC Networks has appointed Chris Spade as its next CEO. Doximity has appointed Amazon Web Services, Healthcare general manager Phoebe Yang to its board of directors. Camie Shelmire has joined Brillio as its new chief people officer. The Ms. Foundation has hired Russatta Buford as its chief operating officer.

- Still on track. After stepping out of retirement to help the U.S. women’s team qualify for the world championships, runner Allyson Felix is officially leaving the track—for real this time. Felix, the most decorated track star in American history, said she would miss the day-to-day of being an athlete. “I’m just going to have to continue to do the work—to know that my identity is not just in what I’ve done and my accomplishments in the past, but really being fulfilled by what’s to come in the future." Wall Street Journal

- Crypto cold shoulder. Regulatory “uncertainty” over cryptocurrency spurred Ark Investment Management’s sale of some of its Coinbase holdings, CEO Cathie Wood said on Monday. The firm’s funds sold just over 1.41 million Coinbase shares in late July, worth about $75 million at the time, though it still owns about 7.1 million shares. Wood also said the U.S. economy is already in a recession, and she criticized ESG investments for getting “way out of hand,” comparing the boom in ESG-labeled investments to “slapping lipstick on a pig." Bloomberg

- Green signs, red flag. Twenty-three abortion rights organizations signed a statement denouncing Rise Up 4 Abortion Rights in late June, claiming the organization is run by a cult and lambasting its use of die-ins and bloody coat hangers during protests as “dated and sensationalist.” Rise Up, whose parent group is Revolutionary Communist Party (RevCom), has denied the accusations, sending cease and desist letters to the organizations and issuing "frenzied attacks" on media outlets that report on the accusations. Vice

Julie Benko was the Funny Girl no one had heard of, until now New York Times

Why do orthopedic surgeons have such high breast cancer rates? Mother Jones

Kamala Harris made history—so her husband did, too 19th*

"It’s potentially higher risk, higher reward, right? … It’s probably a better deal than me ... ultimately having a shorter career because I’m burning myself out."

-Rachel Maddow on her decision, and subsequent negotiations with NBC, to step back from her long-running MSNBC show for all but one day of the week.