After crypto’s crash and NFTs’ collapse, Web3 idealists race to prove that the dream of decentralization isn’t dead 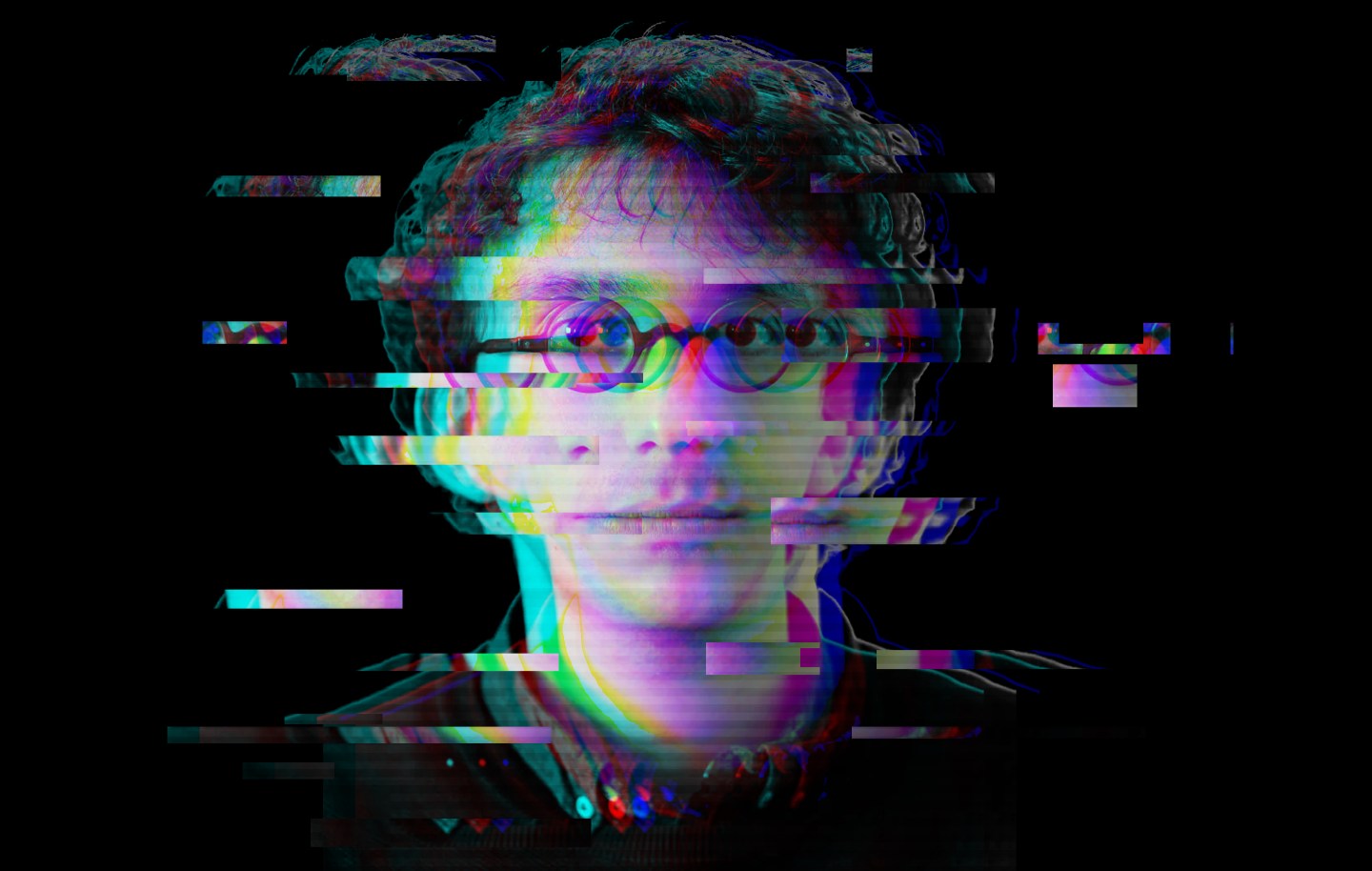 In early 2021, the French-Lebanese cryptographer Nadim Kobeissi tweeted out a loose idea he’d just had. “I’m designing a decentralized social media solution where each user hosts their own microservice.” Kobeissi wrote. “These then connect to one another in a mesh, allowing following and sharing posts. It will be lightweight, user friendly and secure. Are you interested in funding its development?”

Within a day, Kobeissi had raised $100,000 with that brief, detail-light tweet. A week later, he was the CEO of a new, Delaware-incorporated company called Capsule Social that had a paper valuation of $10 million. Another $2.5 million came in via a pre-seed round that closed in April 2021. The startup is currently raising another round at a $30 million valuation.

“[T]he level of interest was so exceptional I felt I essentially had to pause and reevaluate the perfect approach…I was being solicited by venture capitalists to such a degree that I had no way to receive their money,” Kobeissi says. “I had no plan at all. I just had my project idea.”

What excited VCs so much? Kobeissi’s pitch contained the magic word that animates the Web3 movement’s less speculative, more idealistic side: “Decentralized.”

Decentralized systems, which don’t rely on any core entity to function, are an age-old concept that has been severely undermined in the Web 2.0 era. Many technologists have been chasing a decentralization revival for years.

But when Capsule Social finally launched its Blogchain writing platform in June, Web3’s sexier aspects—cryptocurrency and NFTs—had crashed, leaving idealists like Kobeissi scrambling to rescue their projects and decentralization’s brand from the larger Web3 bust.

The internet itself is a decentralized network of telecoms networks, with no central authority that censors bits and bytes or stops one part of the network from communicating with others. The technologies that first took off on that infrastructure—email, the early web—inherently adopted the same decentralized nature.

That’s how the nuts and bolts of online life were designed, but then monolithic platforms like Google and Facebook took over, placing themselves at the center of people’s interactions and activities. These Web 2.0 behemoths were user-friendly and secure, but it soon became apparent that they were using their all-seeing positions to profile and target ads at their users—while censoring some search results and uploaded content.

Distrust of Silicon Valley inspired the first big decentralization wave of the 2010s, in which idealistic geeks and activists tried and failed to take on Big Tech with services like Diaspora and Mastodon—alternatives to Facebook and Twitter, respectively. These projects offered greater privacy and censorship resistance than their rivals, but also far more complicated user experiences and, crucially, few of the users who were already happily interacting on Silicon Valley’s platforms.

Then Bitcoin exploded, introducing the world to the concept of the blockchain, a decentralized ledger stored across multiple computers, the contents of which are effectively tamper-proof because of that distributed architecture. Decentralization was back with a vengeance, with the term being thrown around by seemingly every advocate of “Web3”—a fuzzy term that encapsulates the interlinked crypto, blockchain, and NFT fields.

The Web3 crowd hopes to take on Wall Street with decentralized finance (DeFi), in which transactions are made via self-executing programs called “smart contracts” that run on blockchains like Ethereum. New Web3 projects and communities spring up in the form of decentralized autonomous organizations (DAOs) that also use blockchains as a kind of operating system.

“Decentralized networks can win the third era of the internet,” declared Andreessen Horowitz partner Chris Dixon in 2018. When Coinbase CEO Brian Armstrong last year announced a new section of the crypto exchange’s blog for hitting back at crypto critics, he did so in a post about “decentralizing truth.”

That’s the context in which Kobeissi raised $100,000 in 24 hours. “Last year, money was being thrown around very readily on projects like that, and when I first proposed this project it was largely meant as a passion or side project,” said Kobeissi, who was until recently best known for creating the CryptoCat secure messaging program that journalist Glenn Greenwald used for clandestine discussions with NSA leaker Edward Snowden in early 2013. Kobeissi is somehow still only 31 years old.

But after the hype, came the crash.

Since November 2021, the crypto market cap has plummeted from $3 trillion to a shade above $1 trillion, with heavy-hitters Bitcoin and Ethereum each down 66%. Sales of NFTs—tradable tokens that denote ownership of digital files, generally art—have also collapsed, with an estimated 88% drop in the average NFT sale price between April and July.

The “crypto winter” has partly resulted from the wider economic downturn—once viewed as a hedge against traditional equities, it turns out cryptocurrencies track the Nasdaq’s trajectory in particular—but the slump accelerated in May, when Terraform Labs’ dollar-pegged “stablecoin” UST collapsed. Perhaps more damagingly, countless instances of NFT and crypto theft and fraud have tainted the whole sector’s reputation.

According to the deal-tracker Pitchbook, global Web3 and blockchain deal activity dropped from nearly $10 billion in the first quarter of this year to $7.7 billion in the second—though Pitchbook fintech analyst Robert Le says that’s “still a healthy amount,” and the drop “mirrors what’s happening in the broader VC market.”

On the one hand, the crash makes for a tougher market in which to launch a service like Blogchain. Kobeissi says the platform is yet to institute detailed metrics, which makes it impossible to gauge readership figures, but hardly any of the posts on Blogchain—some of which are well-researched articles of the sort one might see on Substack—have more than a handful of comments and shares.

“Had we launched earlier, we would have had a bigger impact, simply because of the hype surrounding Web3 and so on,” Kobeissi said. “Now we basically have to do a grassroots-style campaign. We have to justify the value of the product on its merits—like any traditional, sensible business would have to do.”

But Kobeissi also sees the crash as vindication of his controversial decision to shun Web3’s buzzier elements.

But Blogchain is not based on crypto or NFTs, a trait that disappointed many of the VCs who tried to throw cash at Kobeissi in early 2021, Kobeissi says. VCs also disliked his decision to use the carbon-neutral NEAR blockchain rather than the high-emissions Ethereum blockchain, which they argued “has better brand recognition.”

“When we developed the platform we had dozens of calls with potential investors, partners and advisers, and most were pushing us to focus more on NFTs,” he recalled. “A lot said that instead of having a focus on content, we should just promise people tokens and NFTs. It was advice that was given in a very superior tone, and when I rejected the advice I was treated as someone who didn’t know what they were talking about.”

“Monkey NFTs don’t make sense, but when you use the same smart-contract technology to provide accountability in content moderation, that actually makes sense,” Kobeissi said.

Jürgen Geuter, a German computer scientist turned prominent tech critic who writes under the name “tante,” agrees that decentralization’s “brand has been very much damaged” by recent events, but in his view, trying to create decentralized systems was already a lost cause because users have shown again and again that they prize convenience over the ability to shun Big Tech.

Geuter cites email as an example. Email is inherently decentralized, but wide adoption of Google’s feature-rich, well-secured Gmail service made it effectively centralized for many people—much as Bitcoin is now controlled by a handful of mining groups, and the vast majority of NFT trading takes place on one platform, OpenSea.

What’s more, Geuter says, the limited success of projects like Diaspora and Mastodon already demonstrated that decentralized services have big problems overcoming Big Tech’s network effects and ease of use. “Nobody likes annoying technology, except maybe technologists,” he said.

All projects end up with a degree of centralization, says Pitchbook’s Le—and that’s not a problem for most users. “As a consumer, I just want to use a product that makes my life easier,” Le said.

While Geuter mocks the way the Web3 scene fetishizes decentralization, he still believes the concept remains “extremely important”—as long as people recognize decentralization not as some vague agent of democratization, but rather as a tool for building things that really benefit from that kind of architecture, like transparent content-moderation systems.

“In a way, moving decentralization out of this pie-in-the-sky crypto space, clearing its name and making it a topic of research again, is good for decentralization,” Geuter said.

Accel VC Brasoveanu also believes the concept remains “a compelling idea and goal to pursue,” and noted the recent emergence of projects like NFT marketplace LooksRare, which offers a decentralized alternative to OpenSea. In June, OpenSea was still the leading market with two-thirds of NFT trading volumes, but LooksRare came in second with 20%.

Similarly, Le cited a decentralized wireless network for Internet-of-Things connected devices, called Helium, as an example of an innovative token model. Helium’s participants earn a cryptocurrency by running the hotspots that make up the network, and companies can then buy that cryptocurrency to use their infrastructure. Helium was until very recently touting Salesforce and Lime as examples of such customers, but after pushback from both, Helium admitted it had only run pilot programs with them.

Helium was valued at $1.2 billion in March, when the likes of Andreessen Horowitz and Tiger Global Management participated in a $200 million Series D round.

“I think now, because of how project developers think about tokenomics, the users are going to hold the tokens because they believe in the project,” Le said. “That’s less speculation, and more ‘I understand this project.’”

“We’re one of the most likely Web3 platforms to survive this downturn because we’re using these technologies in a way that makes sense,” said Kobeissi, who is preparing to add cryptocurrency functionality to Blogchain as a way of rewarding writers who prefer to remain anonymous—Blogchain’s revenues come from taking a 10% cut of the subscription fees charged by its premium writers.

“It’s the hype that gave us a push at the beginning—deserved or not—but now, because we’ve built on such solid and well-justified foundations…I think that we have a chance at the long term.”