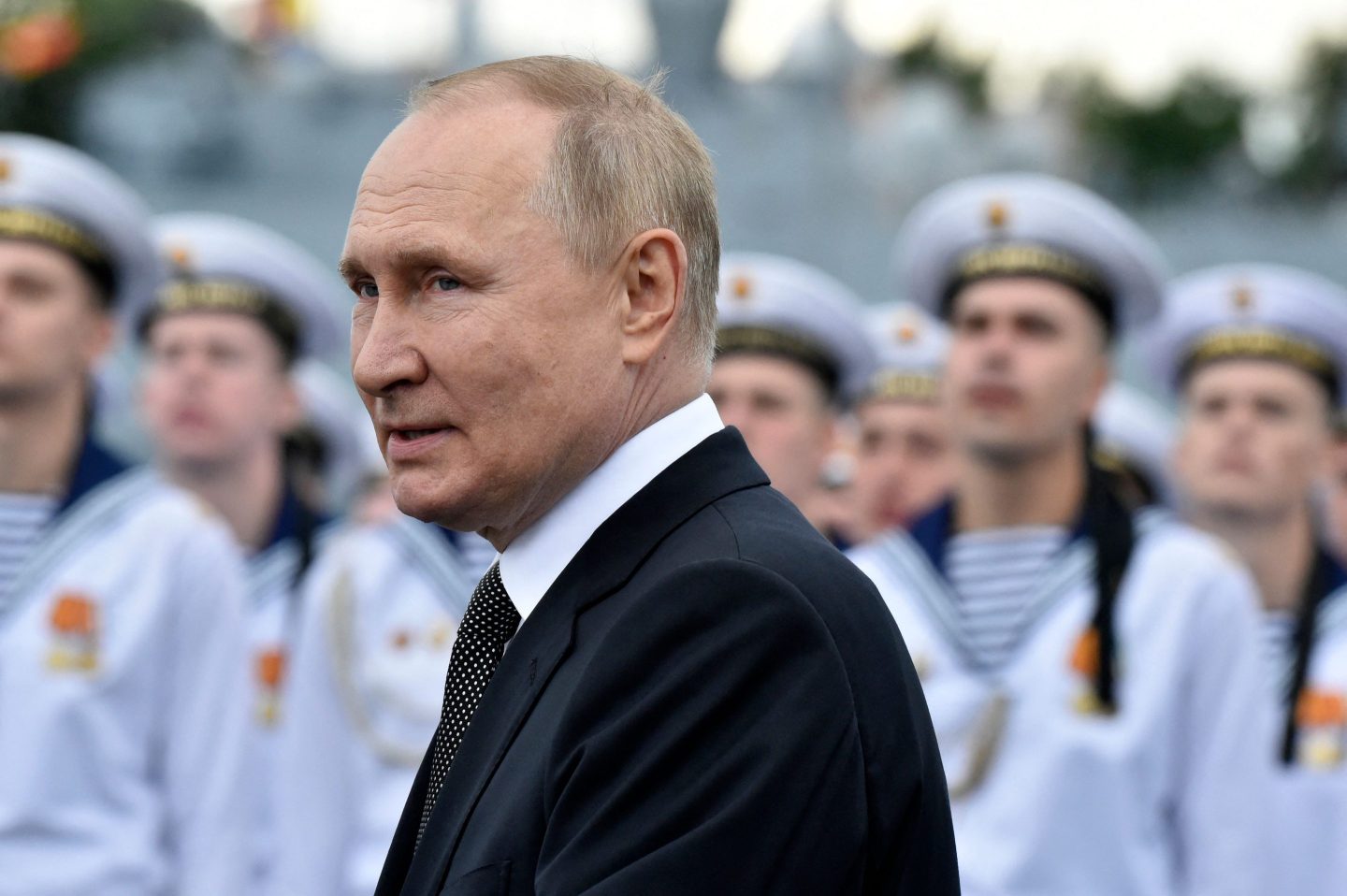 Russia is backing China's position over Taiwan as U.S. Speaker of the House Nancy Pelosi traveled to the self-governed island on Tuesday and Wednesday.
Olga Maltseva—AFP/Getty Images

The Chinese government has at least one firm supporter in its escalating conflict with the United States over U.S. Speaker of the House Nancy Pelosi’s trip to Taiwan: Russia.

“Everything about this tour and the possible visit to Taiwan is purely provocative,” said Kremlin spokesperson Dmitry Peskov to reporters on Tuesday, before Pelosi arrived in the self-governed island.

Maria Zakharova, Russia’s foreign ministry spokeswoman, used even stronger language, calling the U.S. a “state provocateur” and stating that Russia “confirms the principle of ‘one China’ and opposes the independence of the island in any form.” (“One China” refers to the position that mainland China and Taiwan are not two separate countries, but instead two governments in disagreement over who truly represents China.)

Russia’s support of Beijing on Pelosi’s Taiwan visit establishes another pillar of the two countries’ budding alliance and could motivate Beijing to more forcefully back Russia’s invasion of Ukraine.

“China’s government deeply values international diplomatic support from other governments regarding the Taiwan issue. Support from Russia and other states will be especially appreciated,” says Austin Strange, assistant professor of international relations at the University of Hong Kong. By supporting Beijing’s position on Taiwan, governments like Russia could “incentivize China’s government to offer more firm support for these states’ own interests,” Strange says.

Mainland Chinese officials have drawn parallels between the war in Ukraine and tensions over Taiwan. During a U.N. Security Council meeting last Friday, China’s ambassador to the U.N. argued that “while some country has repeatedly emphasized the principle of sovereignty over the issue of Ukraine, it has incessantly challenged the sovereignty of China over Taiwan.”

Beijing argues that any government’s attempt to deepen relations with Taiwan is interference in China’s internal affairs; it vehemently protests visits to the island by sitting U.S. officials and politicians like Pelosi. Beijing has blocked efforts to treat Taiwan as a separate political entity, including barring the territory from taking part in international organizations like the World Health Organization and boycotting countries, like Lithuania, that have allowed Taiwan to open local representative offices.

Officially Washington acknowledges, but does not endorse, Beijing’s position that Taiwan is an integral part of China, and says the U.S. is obliged by law to help the island defend itself. Taiwan’s ruling government believes it has the authority to conduct economic and diplomatic relations with other countries, but has not formally endorsed the idea that it is a separate country from mainland China.

Beijing announced several retaliatory measures against Taiwan for Pelosi’s visit on Tuesday and Wednesday, including live-fire exercises off Taiwan’s coast, import bans of Taiwanese food products, and an export ban of natural sand (used in construction) to the island. Hackers also hit Taiwanese government websites with a distributed-denial-of-service attack, briefly taking them offline.

China is one of the few countries that has not condemned Russia’s invasion of Ukraine. Beijing has criticized the West’s use of sanctions against Moscow, arguing the measures make it more difficult to solve diplomatic issues. State media has promoted messages that blame the U.S. and NATO for sparking the conflict and has echoed Russia in calling the war a “military operation.”

“Emotionally, China is side by side with Russia,” says Alfred Wu, a professor of Chinese politics at the National University of Singapore. “You can see the propaganda discourse is very similar to Russia,” leading to “de facto support” for Moscow, Wu continues. Those close links are echoed by the top leadership in each country, with Chinese President Xi Jinping declaring that the friendship between China and Russia had “no limits” in February during the Beijing Winter Olympics—just a few weeks before Moscow launched its invasion.

China is also a large buyer of Russian oil, providing a lifeline to Moscow as Western sanctions dry up other channels for funds. However, it’s difficult to parse whether China’s oil purchases are a sign of support or an instance of bargain hunting. Russian oil is cheap now, and other Asian countries like India have snapped it up too.

Despite Beijing’s tacit support of Russia, several Chinese companies have scaled back their presence in Russia over worries that they could run afoul of Western sanctions and lose access to the global financial system due. In late March, Beijing reportedly advised its large state-owned petrochemical companies to be wary of expanding projects in Russia due to sanctions risk.

The U.S. has publicly called on Beijing to do more to constrain Russia. In July, U.S. Treasury Secretary Janet Yellen said she mentioned the possibility of China joining a proposed price cap on Russian oil during a virtual meeting with Chinese vice premier Liu He. At the time, Yellen said Chinese officials were open to the idea. China later called the measure “very complicated.”

In practice, Washington realizes it can’t “rely on China to contain Russia,” says Wu, and is opting instead to draw “lines” that Beijing shouldn’t cross.