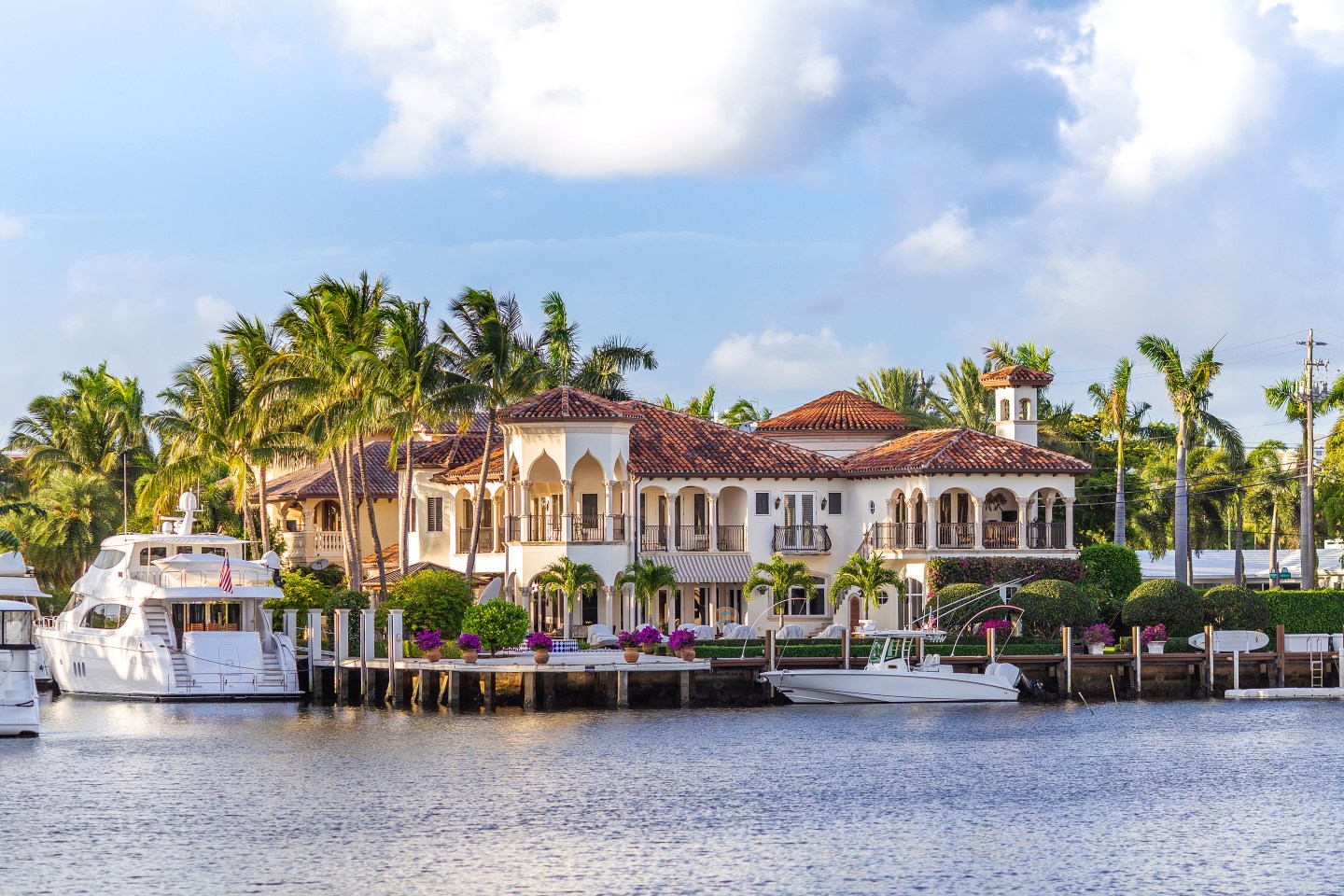 The latest news flash on housing is a shocker: A new window into where prices are trending up-close and right now shows that values in many markets are dropping. That reading marks a sudden downshift from the boom that persisted across virtually all metros for two years. The data illustrating the turn are based on fresh methodology developed by the American Enterprise Institute’s Housing Center.

The AEI introduced the measure late the week of July 25, and on Aug. 1 its director, Ed Pinto, released an even more detailed analysis showing which price tiers of the overall market are suffering the most damage or showing the greatest resilience. The category that until around March was going gangbusters and posting the biggest gains in the housing universe is now falling fastest. The hardest hit neighborhood: high-end homes in America’s most expensive metros.

In fashioning both data sets, the first displaying trends in the overall market and the second parsing the different price ranges, the AEI makes a big contribution by getting nearer to a live, real-time picture. Its new measure greatly shortens the time between views by gauging shifts from one month to the next. The traditional metric computes changes over the trailing 12 months—say, from June 2021 to June of this year. On that longer span, home prices may still be showing a double-digit increase from their level a year ago, while they’ve actually gone upside-down and started declining. Indeed, the AEI’s year-over-year numbers peg values in June still as hovering 15% above their levels in June 2021.

But those 12-month figures have been fading fast since March, indicating that a major, sudden slowdown is underway. The AEI’s new data track that deceleration by placing a thumb on the housing pulse that reads the change in dollar prices at those much shorter, 30-day intervals. And the slackening its new yardstick reveals is breathtaking. Between May and June, average values for the overall market rose a tiny 0.2%, down from a 2.1% gain in April. In 21 out of 50 metros, month-over-month prices fell, where as recently as February versus January, values rose in every metro.

In his newest deep dive, Pinto explores a further dimension. He demonstrates how four different price categories fared on a monthly basis back to 2018, providing the most recent figures from May to June. The tiers are low, low-medium, medium-high, and high. The low and low-medium groups consist mainly of purchases by first-time buyers. That cohort benefits from mortgages guaranteed by Fannie Mae and Freddie Mac, and for “low,” from the FHA. Those loans typically require slender down payments that provide borrowers with high loans-to-value.

By contrast, “high” and “medium high” encompass homes sold to move-up buyers. They’re more affluent folks and families purchasing their second house, or even a third or fourth. Occupying the high category are colonials or Tudors too pricey to qualify for Fannie- and Freddie-backed mortgages. High and medium-high don’t get a lift from that big government-backed leverage. Instead, the expensive end is highly sensitive to an overriding force: interest rates. “Low and low-medium drink from both the Fannie, Freddie, and FHA leverage punch bowl, and the Fed’s rate punch bowl, says Pinto. “At the high end, buyers quaff only from the rate punch bowl.”

Until recently, the high end was king, and super-low rates supplied a super-boost

The trajectory for expensive homes follows the course of rates. Their prices get turbocharged when mortgages get cheaper, and crushed when the monthly nuts jump fast. Starting in early 2018, the Fed rapidly tightened credit, a policy that helped lift the 30-year mortgage rate from 4% to 5% by year-end. As usual when rates spike, the high end took the brunt of the damage. The new AEI month-over-month data sets show that from October to December 2018, the values of expensive homes fell about 1% a month. At the start of 2019, fears of recession moved the central bank to backtrack and slash rates. The COVID-driven recession briefly pushed high-end prices lower in the spring of 2000. Then, the Fed-engineered big shrink in mortgage rates helped propel prices in the high category by around 1% per month, more or less matching the gains in low and low-medium.

In 2021, the “high” bucket accelerated to around gains of 1.3% a month, once again racing shoulder to shoulder alongside the lower tiers. That performance is highly unusual: In most bull runs, the less expensive homes far outpace the trajectory in pricey dwellings. It was the Fed’s role in creating ultra-bargain home loans that put the pedal to the metal for the top swaths. Then the scenario got even crazier. For five months, from November 2021 to March 2022, the two “high” designations outran low and low-medium. In February, for example, the “high” rose 2.5% over January, easily beating low at 0.9% and low-medium at 1.3%.

The high end hits a wall

But by April, the “high” category had lost steam, posting a monthly rise of just 0.5%, one-fifth the number in February. Low and low-medium were still gaining twice that fast. And in June, the haymaker—in the form of rising rates—struck the top tiers. Medium-high went flat. And high fell substantially by 0.6% versus May, or 7.2% on an annual basis.

The AEI doesn’t provide monthly numbers for individual metros. But we can glean by two of its other yardsticks where the biggest drops occurred. The first are the overall monthly changes, measured across all categories, in the different markets. The second is the year-over-year shifts in the four price tiers for those metros. The math dictates that the cities posting the large average drops between May and June, and also enduring much bigger 12-month shrinkage in year-over-year appreciation in “high” than in the lower tiers in recent months, are those that logged the deepest slides in expensive homes. The combination suggests that prices in “high” may already be dropping in many metros. They’re also the locales where we’ll see the swiftest falls going forward.

Where did the high end take its toughest beating? The hammer struck hardest in cities on the West Coast and west of the Rockies locales that boomed via the exodus of the affluent work-from-home crowd from California. It’s important to note that all of these metros already ranked among the most expensive addresses before the high end went on a tear starting in mid-2000, and waxed the lower categories from November 2021 through March of this year. For example, average values in “high” from the first quarter of 2021 to Q1 of 2022 jumped 10.4% in San Francisco to $1.5 million, 11% in Los Angeles to $1.37 million, 13.5% in San Diego to $1.2 million, 17% each in Denver and Seattle to $808,000 and $1.06 million respectively, and 18% in San Jose to $1.9 million.

The declines in these superexpensive Western cities are the largest. But in most metros, the high end is doing far worse than the lower categories. In Dallas, “high” was booming in tandem with the broad market through February. But by June the top swath stood just 11.6% higher than June of last year, while average prices, though retreating, were still up 24%. This suggests that expensive houses in Dallas may well be selling for less in June than in May. In Cape Coral, Fla., America’s hottest locale in recent months, the two high buckets stood about even with the low and low-medium at a nearly 40% year-over-year jump in February. In June, the “high” category’s year-over-year appreciation did a reverse hockey stick. Its bulge over June 2021 fell by almost half to 22%, while the overall market retained an advance of over 30%. For Cape Coral, “high” is probably still moving forward, but at a fraction of the pace during the spring rampage.

The descent at the high end is the quickest, most dramatic trend in the mega-reversal in U.S. housing. Later this year, Pinto expects that the number of metros showing month-over-month declines will double from June to around 40, or eight in 10 cities. The pricey homes in the most expensive places just got too unaffordable when rates inevitably spiked. The reckoning has begun. Look to the priciest homes in the priciest places to lead the market lower.