Gen Zers turn to TikTok with their fantasies of taking over corporate America: ‘Bring on the 4-day workweeks and 6-hour days’ 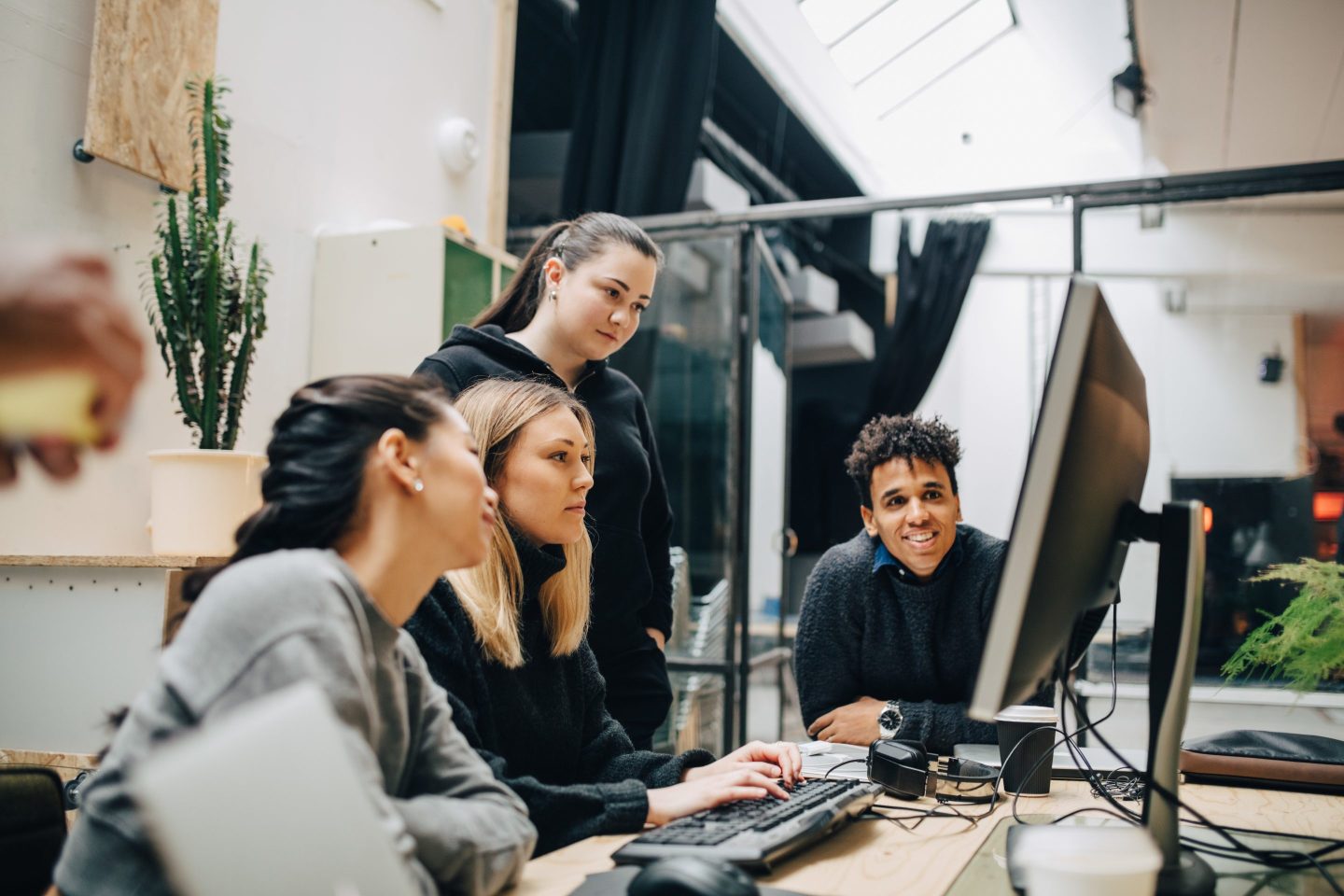 Chase Coleman is an Amazon account manager living in L.A. The Corporate Chase is his TikTok alter ego who doles out career advice and riffs on the banalities and frustrations of remote work to nearly 37,000 followers and 2.9 million likes.

In June, Coleman, 28, posted his biggest hit to date. It features him working at his laptop with a text overlay reading:

“I’m really excited for the Millennial/Gen Z takeover of corporate America. Where corporate jargon is no longer a thing. Where glossaries of acronyms are a part of your onboarding & PTO isn’t looked down upon by boomers. You aren’t feeling okay today & need a mental health day? We gotchu. Out of PTO but need an extra day? Not an issue. Soon the boomers are outta here & it’s our turn to set the standard.”

Coleman captioned the video “We’re getting closer by the day besties.” Throw in Kate Bush’s “Running Up That Hill” as a soundtrack, and you’ve got the perfect fodder for disgruntled Gen Z workers. As of writing, the video has nearly 760,000 views and over 80,000 likes.

“We make up the vast majority of corporate America now,” Coleman tells Fortune of Gen Zers and millennials. “When we take over, I think we’ll be a little nicer to each other, and be more understanding of people coming from different backgrounds.”

The comments section of Coleman’s video, which is nearing 2,700 comments, is a nice cross-section of the varying opinions of young professionals, and it gives some insight into the question of what they want from their jobs.

“Bring on the 4-day workweeks and 6-hour days,” one commenter said. “I currently do nothing half the day.”

Of course, Gen Z’s strong opinions about their workplace preferences are well-documented. Yes, they want to work from home. Also, they have strong feelings on maintaining a strict work-life balance; you can forget about asking them for IT support; and they’d prefer to receive their paycheck on a daily basis.

If they don’t get what they’re looking for, don’t be surprised if the youngest workers rage-quit.

Lucky for them, boomer-aged bosses are “already out the door at some companies,” one commenter wrote. “Keep searching fam!”

Some commenters are thrilled to report they already enjoy the benefits of working for younger managers. “My team lead is a millennial & she is so good at this,” said one commenter. “I can literally message her saying I’m not feeling up to work & she’s like okay! feel better soon.”

But some of the responders don’t believe that Gen Z’s utopian workplace will ever become a reality—especially older commenters. Coleman points out that the Gen X–identifying cohort refer to themselves as the forgotten, overlooked generation—though they, too, once had grand aspirations.

“They’re like, we’re trying to push for the same things as you guys,” Coleman says. “But then other Gen Xers come in saying, ‘Hey, we got stomped over by boomers, and we’re excited for Gen Z too.’”

“LOL Gen X here and we want PTO as much as anyone,” one commenter wrote.

Of course, others are cynical that anything will ever change. “I believed the same kinds of things when I was your age,” a user wrote. “The more things change the more things stay the same.”

The video struck a chord with the cohort Coleman is always trying to reach: Gen Z and millennials. And thanks to his growing young audience, he’s signed advertising contracts with LinkedIn and PepsiCo. “They told me they really need to reach Gen Z and millennials,” he says.

But Coleman thinks there’s a troubling disconnect. “These big companies look at my content and say, ‘Okay, this is great, it will help us reach a Gen Z audience and sell our product to them,’” he says. But he doesn’t think the companies are listening to his advice and applying it to their own younger workforce.

“They say their employees haven’t voiced my ideas internally,” he says. “They say, ‘We see this content, we’ll hire you as an influencer, but we’re not using your content as feedback because we don’t believe it holds true to us.’”

Executives might be smart to listen to Coleman and scroll the comments section on his TikTok post. The Great Resignation is still going strong, and Gen Z is more likely to job-hop than generations before them. Nearly 65% of Gen Z workers plan on leaving their jobs in less than a year, compared to 40% of all employees, per a recent report from talent acquisition platform Lever.

Even if the youngest workers’ expectations seem impossible to meet—or their visions for the future seem untenable—it’s well worth the energy to try meeting them where they are. Your business might depend on it.