Alpine Investors finds its edge—cultivating CEOs for its portfolio companies 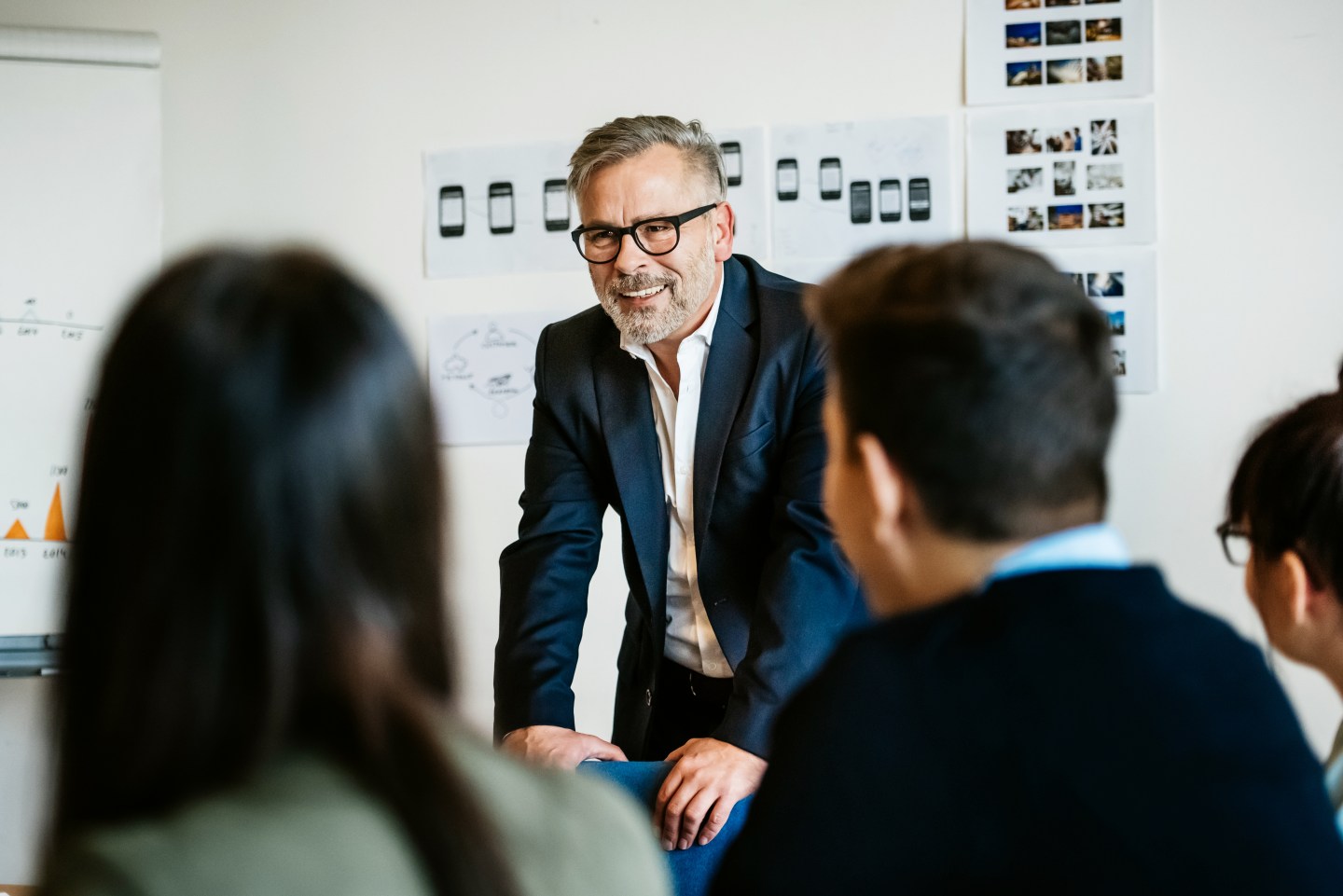 Instead of "rearranging chess pieces on the table" by hiring CEOs from competitor companies, Alpine Investors CEO Graham Weaver has shifted focus to an in-house CEO-in-Training program, in which newer and younger employees can learn and adapt the skills necessary to lead the private equity firm's portfolio companies.
Tom Werner—Getty Images

Graham Weaver founded San Francisco-based Alpine Investors in 2001, but it wasn’t until the depths of the financial crisis that the firm discovered its edge.

With several portfolio companies struggling, Weaver was jetting from city to city putting out fires. When he canceled a weekly meeting with executive coach JP Flaum, the coach pushed back and peppered Weaver on the challenges facing his companies, including one led by a 25-year veteran CEO who was missing his projections during the market turmoil.

Flaum asked Weaver to grade the CEO, who was regarded as a legend in his industry. Weaver nonetheless gave him a solid B. Then the coach said something that switched on a light in Weaver’s brain: “Are you going to get to your goals with B or C CEOs running your portfolio companies? If you’re not building a suite of A+ leaders, Graham, how would you rate yourself as a CEO?”

“At the bottom of every single one of my problems, I saw I had the wrong person,” Weaver tells me as he recalls that moment. “I was running around fixing the symptoms without focusing on the root cause.”

Since then Alpine has shifted into a private-equity firm that distinguishes itself with a paramount focus on talent—especially the raw, young talent of executives fresh out of business school. For its portfolio companies, Alpine appoints some CEOs seasoned with decades of experience. But much like tech giants like Google, it’s found that it’s often easier to train recent grads than it is to un-train and then retrain a more experienced leader.

Alpine hit on that insight more out of necessity than by design. When hiring experienced CEOs through executive-search firms took too long, Weaver began tapping its own young employees to manage three of its portfolio companies. “A wild thing happened—all three of those were out-of-the-park home run deals for us,” he says. “Young people are capable of so much more than the world gives them credit for.”

Emboldened, Alpine launched a CEO-in-Training (CIT) program, an in-house talent initiative that recruits, develops, and places mostly green executives into Alpine’s portfolio companies. Rather than experience, Alpine looks for attributes such as resilience in the face of failure, emotional intelligence, humility, and a willingness to do all it takes to succeed. These early markers for success are easy to spot in interviews, says Weaver. In the program’s first days, if a company balked at appointing an inexperienced CEO, he would offer to cover the salaries of any CEOs who failed. They never did.

Over the years, more than 40 trainees in the CIT program have progressed onto CEO roles. There are a total of 60 people in Alpine’s CIT program as of 2022, with 72% of them coming from under-represented populations: 61% are female identifying, and 39% are Black, Indigenous, and people of color. Both groups have long been sidelined in startup funding: Women led startups receive 2.3% of VC funding, while only 2.4% of VC money went to startups founded by Black and Latinos.

“If I hire a CEO from one of our companies’ competitors, I’ve just rearranged chess pieces on the table. I haven’t added to the pool of women or people of color in the CEO ranks,” Weaver says. “We’re trying to significantly expand that pool.”

Alpine’s CIT program eschews classes involving finance, strategy or spreadsheets. There’s plenty of that in business schools. Instead, the firm places trainees in roles alongside seasoned mentors who coach them one-on-one to develop their own leadership styles. All trainees are schooled in the Alpine playbook, which focuses on strengthening a company’s vision, values, long-term strategy and, above all, hiring and engaging the best people.

“The playbook basically comes down to, just go build the best team you possibly can. Period,” Weaver says. Some Alpine-trained CEOs who were inexperienced and even soft-spoken have turned around companies with broken cultures by aligning employees with their vision. “Getting the right people on the bus, that’s a big part of it. But it’s also making sure everyone on that bus has a say in where the bus is going.”

Weaver’s faith in the leadership skills of recent business-school grads goes back to his own youth, when as a 25-year-old Stanford student, he bought an Indiana-based printer of industrial labels. That experience, coupled with three previous years studying spreadsheets at a Wall Street investment bank—a stifling environment with long days of drudgery—underscored the importance of learning through a hands-on education.

“I remember thinking, ‘What a waste.’ I was using only 3% of my capacity at that firm,” he says. “Now I tell our CEOs in training, ‘We’re going to give you as much as you can handle—and then some.”

Alpine’s talent-centric approach to managing companies helps it address what investors and founders often complain is their biggest headache: hiring the right talent. Weaver offers two pieces of advice. First, don’t look so hard at financial metrics like revenue growth or EBITDA: They’re lagging indicators of success. Instead, track leading indicators like employee retention, engagement and satisfaction, which can be measured through employee net promoter scores.

And second, make sure your top executives are all grade-A leaders. When portfolio companies gripe to Weaver about hiring challenges, he assumes the role of his own executive coach and holds their feet to the fire.

“I’ll have them look at their calendar to see how much time they’ve spent directly on hiring. If they say, ‘That’s not my job,’ I’ll ask, ‘If hiring is your top priority, then what is your job?’” Weaver says. “You’ve got to put your money where your mouth is. If you really believe that talent is important, you need to ask yourself how much time and resources you’re personally spending on it.”

Correction: An earlier version of this story referred to the company as Alpine Investments rather than Alpine Investors.

- Leapfin, a San-Francisco-based financial data management solution, raised $12.2 million in Series A funding. Crosslink Capital led the round and was joined by investors including Work-Bench and Uncorrelated.

- Space and Time, an Orange County, Calif.-based decentralized data platform for blockchain applications, raised $10 million in seed funding. Framework Ventures led the round and was joined by investors including Digital Currency Group, Stratos, Samsung Next, IOSG Ventures, Alliance, and other angels.

- Vosbor, an Amsterdam-based digital marketplace for global trade in bulk agricultural commodities, raised $7 million in seed funding. Lux Capital led the round and was joined by investors including Market One Capital, FJ Labs, 7percent Ventures, Athos Capital, and Nucleus Capital.

- Shypyard, a New York-based business planning products and services provider, raised $3 million in seed funding. Gradient Ventures led the round and was joined by investors including Liquid 2 Ventures, Position Ventures, and other angels.

- Next.e.GO Mobile, an Aachen, Germany-based urban electric vehicles producer, agreed to go public via a merger with Athena Consumer Acquisition Corp., a SPAC. A deal is valued at $913 million.

- Portage Ventures, a Toronto-based venture capital firm, hired Daniel Ballen and Devon Kirk as co-head and partner. Formerly, Ballen was with PIMCO and Kirk was with Capital Solutions.