U.S. group warns a Chinese rocket plunging to earth could land in a populated area. China says it’s just Western ‘sour grapes’ over its arrival as a space power 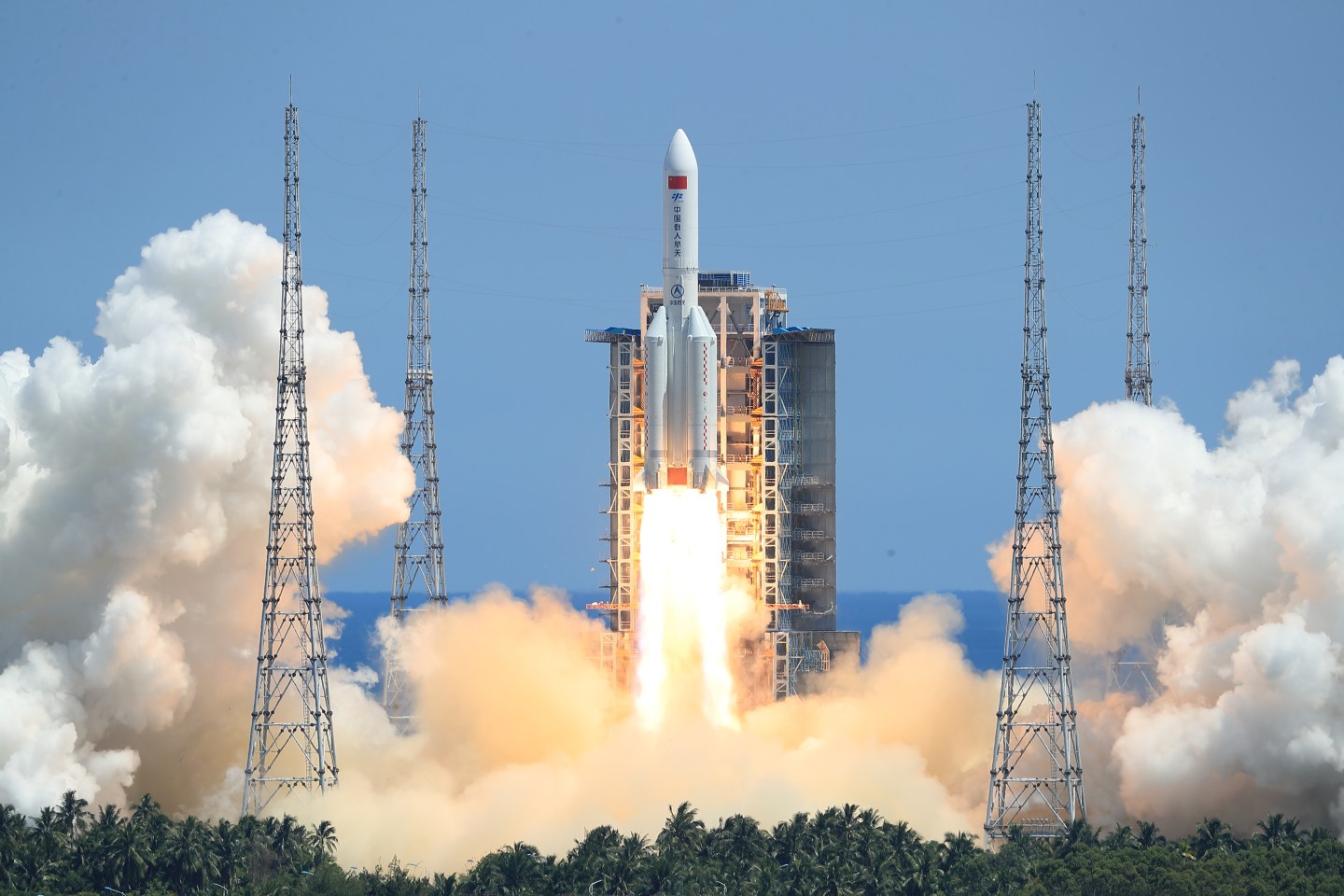 Debris from a Chinese rocket is set to crash to Earth some time over the next few days, with the potential for wreckage to land across a wide swathe of the globe.

Part of a Long March 5B rocket China launched on July 24 will make an uncontrolled reentry around July 31, according to the Aerospace Corp., a nonprofit based in El Segundo, California, that receives U.S. funding.

The possible debris field includes much of the US, as well as Africa, Australia, Brazil, India and Southeast Asia, according to Aerospace’s predictions.

Concern over the reentry and the impact it could have is being dismissed by China, however, with state-backed media saying the warnings are just “sour grapes” from people resentful of the country’s development as a space power.

“The U.S. is running out of ways to stop China’s development in the aerospace sector, so smears and defamation became the only things left for it,” the Global Times newspaper reported, citing Song Zhongping, a television commentator who closely follows China’s space program.

“The U.S. and Western media deliberately exaggerate and exaggerate the ‘loss-of-control’ of the Chinese rocket debris and the probability of personal injury caused by the rocket debris, obviously with bad intentions,” Shanghai-based news site Guancha.cn said Tuesday.

The descent of the booster, which weighs 23 metric tons (25.4 tons), would be part of what critics say is a series of uncontrolled crashes that highlights the risks of China’s escalating space race with the U.S.

“Due to the uncontrolled nature of its descent, there is a non-zero probability of the surviving debris landing in a populated area — over 88% of the world’s population lives under the reentry’s potential debris footprint,” Aerospace said Tuesday.

In May 2021, pieces of another Long March rocket landed in the Indian Ocean, prompting concern that the Chinese space agency had lost control of it.

“It is clear that China is failing to meet responsible standards regarding their space debris,” NASA Administrator Bill Nelson said that month. “It is critical that China and all space faring nations and commercial entities act responsibly and transparently in space to ensure the safety, stability, security, and long-term sustainability of outer space activities.”

China’s most recent launch, which sent a module to the nation’s space station, included a booster to put the spacecraft into orbit. That booster is now “dead” and beyond the control of the Chinese space agency, said Jonathan McDowell, an astrophysicist at the Center for Astrophysics, which is operated by Harvard University and the Smithsonian Institution.

“The Chinese are right that the best bet is that it will fall in the ocean,” he said, although “there are plenty of populated areas” within the rocket booster’s range.

More debris may fall to Earth later this year, when China will be launching another Long March rocket to the space station, McDowell said.

China is closely following the reentry of the booster from this week’s launch, Foreign Ministry spokesman Zhao Lijian said at a regular press briefing in Beijing Wednesday.

“It is customary for international practice for rockets’ upper stages to burn up in the Earth’s atmosphere on reentry,” said Zhao. “Right from the research and development stage of the space engineering program, it is designed with consideration for debris mitigation and return from orbit.”