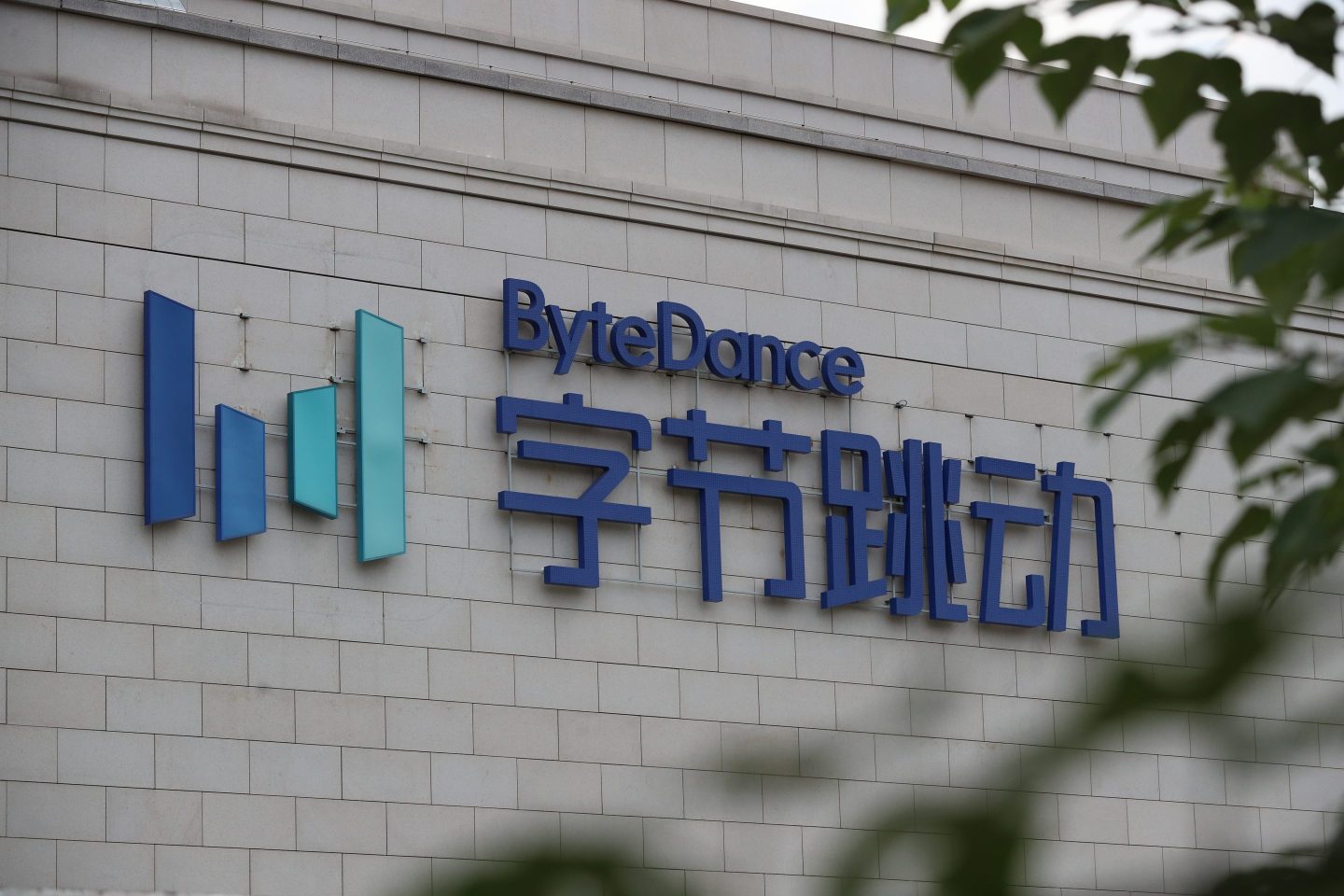 Several former employees of ByteDance have come forward to claim that while employed fro the company they highlighted pro-China content and censored negative stories about the Chinese government on news aggregator app TopBuzz.
Emmanuel Wong—Getty Images

As ByteDance’s TikTok app soars in popularity, there are long-standing worries that China will use one of its widely popular apps to grow its soft power by distributing pro-China messaging in the West.

Now, according to a new report, this may have already happened on ByteDance’s now-defunct U.S. news aggregation app TopBuzz. Several former employees of the ByteDance have come forward to say that while working for the Chinese internet start-up, they were told to highlight pro-China content and censor negative stories about the Chinese government on the TopBuzz app.

ByteDance, the parent company of the popular short video app TikTok, launched TopBuzz in 2015 as an English language version of its massively popular TouTiao app, which uses an algorithm model to generate tailored news feeds for each user. TopBuzz was shut down in June 2020 after failing to captivate the Western market in the way TikTok did.

Four former employees of ByteDance who worked on the TopBuzz app said the company instructed employees to pin specific pieces of pro-China messaging to the top of feeds on the app, a new report from Buzzfeed News says. Pinned messages would include Panda videos, China travel promotions, and entrepreneurs advising moving start-ups to China.

All four employees who spoke to Buzzfeed said that staff was required to provide evidence to ByteDance that they had upped the content to the top of the page, while others reported they were required to screenshot the live content in TopBuzz and report it to their managers.

The pro-China messages were described as “soft” rather than overtly politicized, according to one of the sources, but the source added, “Let’s be real, this was not something you could say no to. If they don’t do it, somebody’s going to jail.”

ByteDance did not respond to Fortune’s request for comment but adamantly denied claims to Buzzfeed that the TopBuzz app had promoted pro-Chinese news. ByteDance spokesperson Billy Kenny called the accusations “false and ridiculous.”

In the Buzzfeed report, 15 former ByteDance employees also accused the company of censoring content that was critical of the Chinese government, republishing content from news publishers without their permission, and highlighting sensationalist and inaccurate news to drive engagement.

Ten of the ByteDance employees claimed the content review system in the company would flag reporting on the Chinese government alongside nudity and hate speech, while others alleged coverage of the Hong Kong protests was subject to removal from TopBuzz. Many sources claimed any articles mentioning Chinese President Xi Jinping were removed with content that referenced Winnie the Poo—which has been repeatedly censored in Chinese media for the character’s comparison to Xi.

The employees also alleged that the app would sometimes send out push notifications containing fake news—like false headlines about Alabama Senate candidate Roy Moore winning an election he lost and Yoko Ono having an affair with Hillary Clinton—as the company continuously prioritized engagement and profit over accuracy.

The sources spoke to BuzzFeed on the condition of anonymity, and details were corroborated by other sources and screenshots viewed by the publication.

This is one of the first reports accusing TikTok’s parent company of intentionally using one of its apps to disseminate pro-China messages to the U.S., and immediately drew attention from lawmakers and commentators who fear the same could happen in the widely popular TikTok app.

Washington is still reeling from another report, in June, that found that, based on leaked audio from internal TikTok meetings, ByteDance employees in China had “repeatedly accessed nonpublic data about U.S. TikTok users.”

This went against previous statements from TikTok’s U.S. policy chief Michael Beckerman, who testified to the Senate Commerce Committee that there was no “overt” transmission of American users’ data to the Chinese government. He also said “a U.S.-based security team…handles access to user data.”

TikTok responded to the June report, also from Buzzfeed, acknowledging that certain China-based employees can access information from American users, but denied that data goes to the Chinese Communist Party.

ByteDance has also been ramping up its offensive in Washington—increasing its lobbying spend in the U.S. by 130% in the second quarter, with a focus on a key antitrust bill, a funding bill aimed at boosting competitiveness with China, online privacy bills, and a defense spending bill.

The fear that the Chinese government could collect vast troves of data has grown as more young people turn to TikTok over any other social media app—nearly half of Gen Z uses TikTok and Instagram for search instead of Google, according to Google’s own data, and kids and teens now spend more time watching TikTok than YouTube, according to data compiled for TechCrunch.

Amidst the rising tensions, a Republican commissioner from the Federal Communications Commission, Brendan Carr, has argued that TikTok should be thrown out of the iPhone and Android app stores in the U.S.