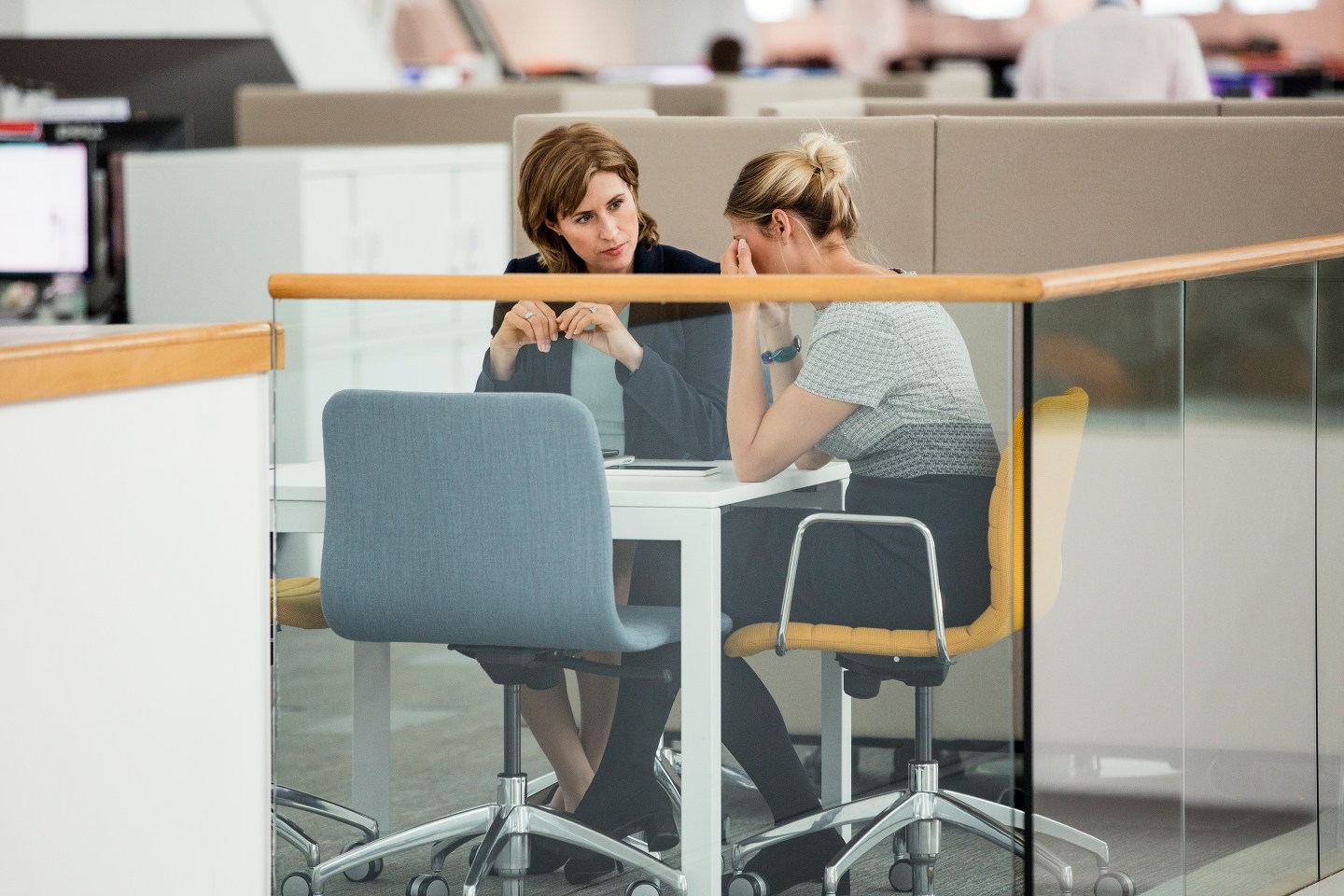 Are we allowed to cry at work now?
Getty Images

Being vulnerable hasn’t always been an asset at work. Pre-pandemic, people were routinely advised to leave emotions out of it. Keep work relationships strictly professional, limit the sharing of personal details, and certainly no crying at the office.

But after the past two years, when many Americans did their jobs from their bedrooms, and many front-line employees put their lives on the line for a paycheck, it’s no longer realistic to believe that emotions don’t have a place at work.

More and more employees are expecting their bosses and colleagues to show empathy and compassion in the workplace, according to a new LinkedIn survey of nearly 23,000 workers worldwide. More than 3 in 5 (61%) workers take it a step further, saying soft skills in the workplace are just as important as hard skills.

“Across industries, in these past two years, everyone has gotten used to blending work and life in a new way,” says Linda Jingfang Cai, VP of talent development at LinkedIn. “We ask each other how they’re doing, how their family’s doing. That’s the expectation now.”

Cai calls soft skills “the currency of the future workplace.” And it’s important for executives to pay attention to this shift: Another LinkedIn survey found that workers who think their managers don’t care about them as people are 49% more likely to apply for a new job than workers who think the opposite.

The most critical soft skills

The ability to collaborate, to communicate, and to make connections are among the most valuable soft skills employees need to hone. Being able to initiate and participate in intentional conversations is important, too.

When developing these soft skills, managers need to make sure they are authentic. “We’re still in a tight labor market, and employees still demand more authenticity,” Cai tells Fortune. This is the new standard.

“These skills aren’t soft; they’re powerful,” she says, and acknowledging them is crucial. “Gen Z would rather be unemployed than unhappy.”

The rise in the importance of soft skills comes as no surprise to Dr. Jessie Wisdom, co-founder and head of people science at Humu, an action management platform.

“Life has been hard; people have been collectively going through something,” Wisdom tells Fortune. If a company wants to retain its employees, the only option is to zero in on the things that matter—right now, that’s workers’ well-being.

Historically, adjectives like “assertive,” “driven,” and “authoritative” were considered “standard” management characteristics because they imply the ability to accomplish tasks, Wisdom says. But post-pandemic, they’re being replaced with softer and more amorphous traits like emotional awareness and the ability to connect with a team.

“We’ve refocused, as a society, on being open and caring for one another—of course that’s showing up in the workplace,” she says.

Data backs her up. A recent “Employee Well-Being Report” from LinkedIn found that employees who feel cared for at work are 3.2 times more likely to be happy in their role (a 35% jump from pre-pandemic), and 3.7 times likelier to recommend working for their company (a 49% pre-pandemic jump). Last year, almost 50% of U.S. job seekers said they were more likely to show up to work as their authentic self than they ever were pre-pandemic.

Being more vulnerable and open at work doesn’t mean you’re just letting the emotions flow freely, says Wisdom. “It’s about maintaining connections with people, and making them feel like part of a group and included.”

But what about the holdouts, who don’t believe that emotions have a place in the office?

“One of the ways emotional intelligence shows up in managers is in knowing people are different from them,” Wisdom says. “With new norms, people need different things.”

And where do we land on crying at work? It really comes down to how frequently you let your emotions break through. “If you’re coming to work every day really unable to handle things emotionally, that’s very different from if you’re normally very even-keeled, but you just went through something terrible,” she says.

In other words, as with all workplace interactions, context is key.