Crying at work: It happens. How to deal. 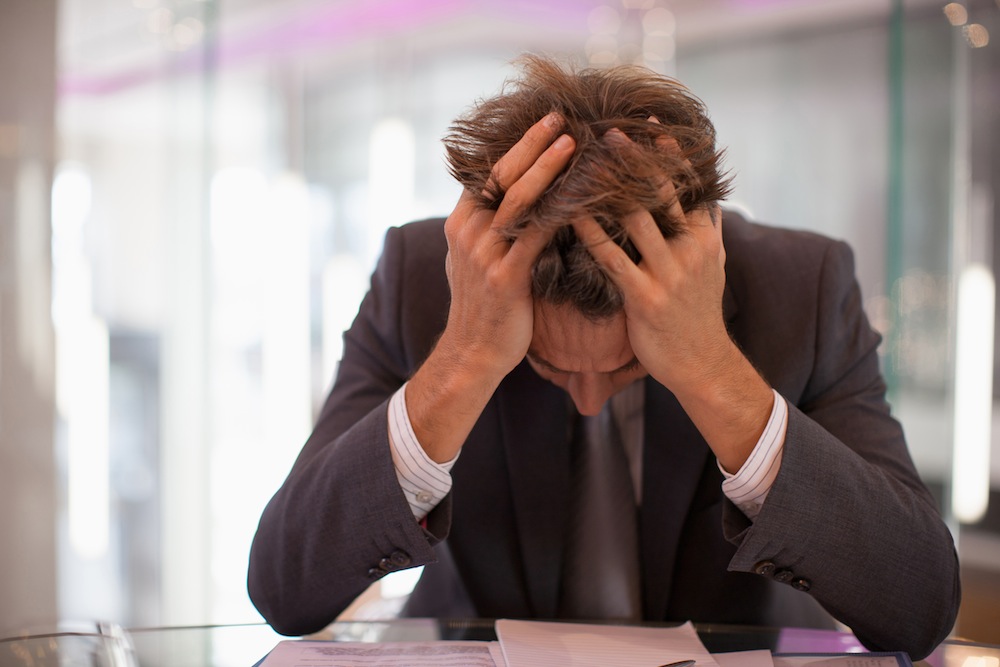 We all know the workplace isn’t the best place to cry. But sometimes it just happens. Your anger or frustration boils over into tears. Or perhaps a co-worker bursts in and sobs at your desk.

Whether you’re on the giving or receiving end of unexpected waterworks, how do you handle this situation?

Why people cry at work

First, let’s address why people might cry in the office. Sometimes a heated argument or conflict will push one party to the point of tears, from anger or frustration. Or the sobs could come as a welcome release of tension from stress or feeling powerless. Maybe you’re simply sad because of a personal struggle or a loss in your life.

Often, the tears bubble to the surface because someone gives a sympathetic look or ear. That’s what happened to Dan Binstock, a partner at attorney search firm Garrison & Sisson in Washington D.C. A lawyer whom Binstock had recruited to a new job came into the office after giving notice to his current partners and being subjected to a guilt trip for leaving them. In just a few minutes, the man started crying.

“I could tell he had been through the wringer,” Binstock recalls. “It was that feeling of disappointing everyone and how they were manipulating him. It wore him out at a time when he was already extremely sensitive and had a lot of stress from moving his practice.”

Some years ago, Laurin Blumenthal Kleiman, global co-head of Sidley Austin’s investment management practice, received the unwelcome news that her middle son’s school wouldn’t offer him a place in the fall. Her son’s special needs had made finding the right educational fit a challenge in the first place, and it was a time of year when it was too late to find another school placement easily. “He was being tossed from the one environment where we thought he could succeed and there was no alternative,” Kleiman recalls.

She approached her boss to ask for time away from work so she could manage the school search and mandatory meetings. “He looked so concerned that I just started weeping,” she says.

How to respond to tears

If you’re crying because of frustration with a work issue, don’t ignore the situation, advises Joan Williams, professor at the University of California Hastings School of Law. Instead, say, “When I’m crying, it’s because I’m pissed. This is what it looks like when I am really outraged.”

Continue speaking about the issue on the table if you physically can. If not, don’t apologize, but say, “now we’re going to discontinue this discussion because I find what happened just that troubling. I’ll let you know when I’m ready to continue this conversation,” Williams says.

The key is to acknowledge the emotion or the circumstances that led to your outburst, but don’t apologize for it. “When you start apologizing, it takes one person’s discomfort and makes two people uncomfortable,” Binstock says. Indeed, if you’re crying because of a sympathetic response, “there’s no reason to apologize that you feel comfortable enough with someone to let your emotions out.”

That’s good advice if you’re on the receiving end of tears as well. Don’t make a big deal about it, and try to move past the incident.

The upside to crying

While no expert would recommend crying as a strategy for career success, there is a silver lining. Tears can be cathartic or a means of clearing the air.

Kim Bowers, CEO of retailer CST Brands, only rarely has been pushed to the point of crying at work. At a previous company, she was in the middle of a lengthy transaction, going through the umpteenth negotiation session with the counterparty, when she finally lost it. She slammed books, made some intemperate comments, and quickly left the conference room. She sought out an empty corridor where she ultimately burst into tears.

“It was a buildup of weeks and months. Nothing has ever been as tough,” Bowers recalls. “I envy folks that have the ability to absorb it and move on. Every interaction I have is personal. When they go poorly and I can’t fix it, I don’t like that.”

She found a quiet place to regain her composure, and the team continued with the discussions. While Bowers would have preferred to have kept her temper, she didn’t dwell on the incident. In fact, the negotiations may even have picked up pace because the outburst brought home to everyone in the room how drawn-out the discussions had become. “It probably helped that I snapped because I was the last person in the room they expected to snap,” she says.

As executive director of nonprofit Food & Friends, Craig Shniderman works on a daily basis with adults living with AIDS, cancer, and other challenging illnesses, as well as his team of staff and volunteers who provide meals to those individuals. It’s difficult work that sometimes becomes emotional, and that’s a good thing.

“Sometimes, to tear up is a way of communicating,” Shniderman says, recalling a time when an acquaintance of his needed Food & Friends service—someone in her early 30s, the same age as his own child. “When I thought about that woman, I thought about my own child.”

Talking to a colleague about the situation, he started to tear up, and he welcomed the experience. “It was actually good because it connected me in a very powerful way to the work I do in my life,” he says.