Beijing is trying to stop Pelosi from visiting the leading supplier of chips to the U.S., warning it is ‘seriously prepared’ to retaliate if she goes to Taiwan 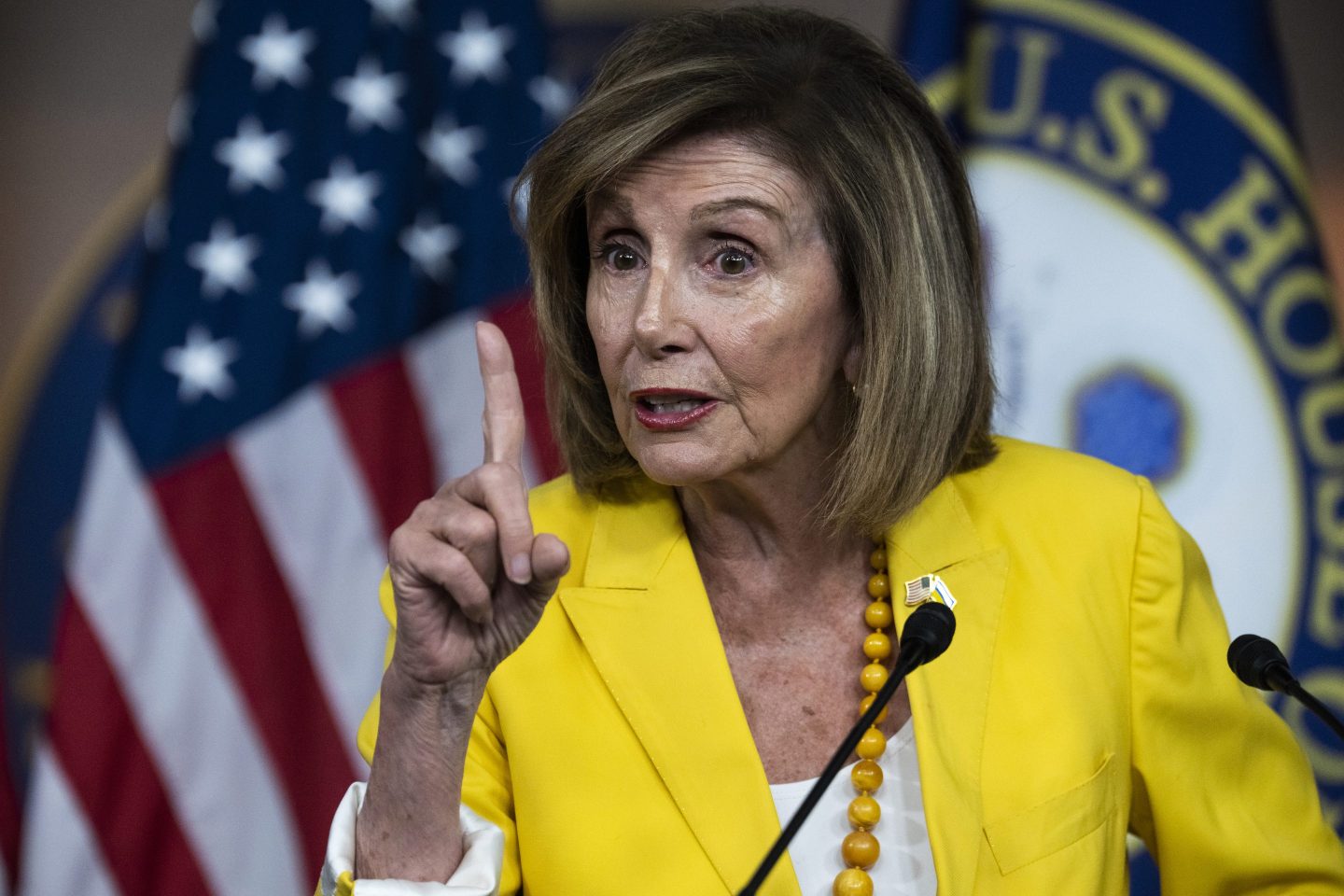 China is warning that a possible trip by U.S. Speaker of the House Nancy Pelosi would have consequences.
Tom Williams—CQ-Roll Call, Inc via Getty Images)

U.S. Speaker of the House Nancy Pelosi is reportedly scheduling a trip to Taiwan in August, paying visit to the world’s leading producer of semiconductors and the most important supplier of chips to the U.S. The self-governing island produces 92% of the world’s most advanced chips, including the chipsets that power iPhones and most other U.S. tech.

Now reports of Pelosi’s unconfirmed visit have stoked tensions between the U.S. and China so high that even officials from Washington are advising the speaker against going.

The Financial Times reported last Tuesday that the speaker was considering a stop in Taiwan during a tour of Asia, prompting immediate objection from Beijing.

“We are getting seriously prepared,” Zhao said Monday, hinting Pelosi’s visit could prompt a retliation.

Pelosi’s visit would be the highest-profile trip by a U.S. politician to Taiwan in decades. Beijing has conducted military exercises near Taiwan to protest U.S. attempts to form a deeper political partnership wtih Taipei, and has threatened war in the event Taiwan declares formal independence.

But U.S. officials warn that China’s rhetoric in advance of Pelosi’s potential visit is stronger than usual. Last Wednesday, President Joe Biden, who is preparing for a call with Chinese president Xi Jinping at the end of the month, told reporters that “the military thinks [a Pelosi visit is] not a good idea right now.”

Reports speculate that China’s more aggressive tone could be due to Pelosi’s high-ranking status, or because the potential trip is scheduled for the same time as when China convenes the Beidaihe conclave, a pivotal annual meeting of Communist Party officials.

But the furore over Pelosi’s supposed visit demonstrates the precarious situation of the U.S. chip supply, highlighting why Congress is moving to pass the $52 billion in funding for U.S. semiconductor manufacturers promised under the CHIPS Act and shore up America’s domestic supply of semiconductors.

“Our dependence on Taiwan for chips is untenable and unsafe,” Commerce Secretary Gina Raimondo said at the Aspen Security Forum on July 21, arguing the case for Congress to pass funding for the CHIPS Act. Experts, however, disagree that the CHIPS Act is enough to build a sustainable U.S. chipmaking industry.

“Once you’re on this path, you have to commit billions… every year to have even a small chance at succeeding, which the [public] may not have the appetite for,” Rakesh Kumar, professor in electrical and computer engineering at the University of Illinois at Urbana-Champaign, previously told Fortune.

U.S. media outlets report that many Biden officials, including National Security Advisor Jake Sullivan, are warning Pelosi against the visit. Although other U.S. politicians are arguing Pelosi should make the trip, to affirm U.S. support for the self-governing island amidst worsening tensions with China.

Even Taipei is in a bind. Taiwanese security officials, according to the Financial Times, are concerned that Pelosi’s visit would escalate tensions with mainland China, but that canceling the trip might embolden Beijing to pressure Taiwan even further.

Amid these tensions, Taiwan remains a major trading partner and investor in mainland China, including in the country’s chip manufacturing sector. Earlier this month, Foxconn invested $800 million in Chinese chipmaker and former national champion Tsinghua Unigroup.

Pelosi has yet to confirm that she would be visiting Taiwan, or when such a trip might happen, citing security concerns. She has, however, said it was important to show support for the self-governed island, and acknowledged the warnings made by Beijing and the U.S. military.

“I think what the President was saying is that maybe the military was afraid of my plane getting shot down or something like that,” Pelosi said on Thursday.