Russia has seen ‘epic fails’ and is ‘running out of steam,’ says top U.K. spy chief 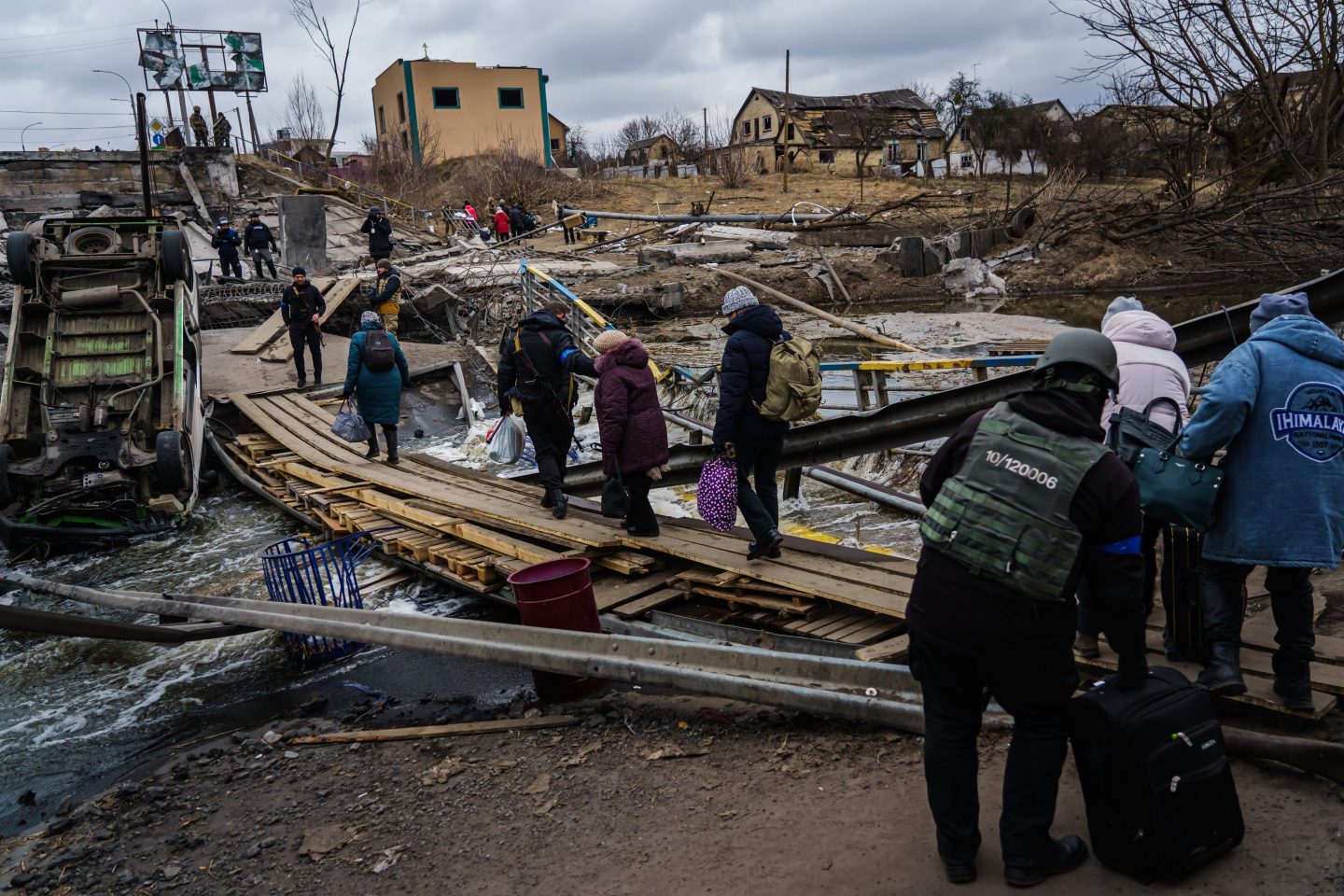 Millions have fled Ukraine since Russia first invaded Ukraine in February. But the top spy chief in the U.K. has said Russia is struggling to maintain its military campaign and Ukraine may be able to hit back.
Marcus Yam—Los Angeles Times/Getty Images

The head of Britain’s secret intelligence unit MI6 said Russia is struggling to maintain its military campaign in Ukraine, and that President Vladimir Putin will soon be forced to temporarily halt his invasion, potentially giving Ukraine the opportunity to hit back.

Richard Moore, in a rare public appearance at the Aspen Security Forum, said Russia has experienced “epic fails” in achieving its initial goal of removing Ukrainian President Zelensky from his post, capturing Kyiv, and sowing disunity in the West.

The intelligence service views Russia’s military gains to be “tiny” and noted the country was “about to run out of steam,” which could allow Ukrainian forces to strike back.

“Our assessment is that the Russians will increasingly find it difficult to find manpower and materiel over the next few weeks,” Moore told the conference of the top foreign policy experts and White House officials in Colorado, adding, “they will have to pause in some way and that will give the Ukrainians the opportunity to strike back.”

A macro view of the war

Calling the invasion, “the most egregious naked act of aggression… in Europe since the Second World War,” Moore noted that a greater supply of Western weaponry may be necessary to arm Ukraine and help the country counter-attack Russian forces when President Vladimir Putin temporarily halts his invasion.

Individual NATO member countries have so far sent billions of dollars worth of military and humanitarian aid to Ukraine, in the form of weapons, ammunition, and many types of light and heavy military equipment—but the country still lacks military parity with Russia, according to Ukraine’s chief negotiator Mykhailo Podolyak.

MI6 believes that some kind of battlefield success would be an “important reminder to the rest of Europe that this is a winnable campaign,” which would be particularly good for morale if it came before the winter season when energy supplies are expected to severely tighten.

Moore also echoed comments made by his U.S. counterpart, CIA Director William Burns, who, also speaking at the Aspen Security Forum, said that there is no evidence to suggest Putin’s health is deteriorating.

“There’s no evidence that [President Vladimir] Putin is suffering from ill-health,” Moore said.

Moore also noted that roughly 400 Russian intelligence officers who had been operating undercover in Europe have been expelled, reducing Moscow’s ability to spy on the continent by half. And to the disaffected Russian officials looking to cross sides and spy for Britain, Moore noted, “our door is always open.”

MI6 drills down its effort on China

In his comments, Moore stressed that an important reason for supporting Ukraine, or at the very least negotiating from a position of significant strength, was because China’s President Xi Jinping was “watching like a hawk”.

Moore stated China poses a clear threat to Western governments and societies and the country has moved past counterterrorism in terms of importance within the service. The MI6 is now devoting more resources to China than to any other unit within its agency.

“It reflects the seriousness of the mission for us,” Moore said. “We shouldn’t be naive about what the Chinese are trying to do to our societies.”

What lessons China is drawing from Putin’s actions in Ukraine are still unclear, according to Moore. But while China has hundreds of thousands of civilian intelligence officers as well as its military intelligence, Moore argues that the West’s “Five Eyes” bloc—consisting of the U.S., U.K., Canada, Australia, and New Zealand—gives it a strong advantage.

“We have this huge advantage that the Chinese don’t: We have friends, we have allies,” he said.