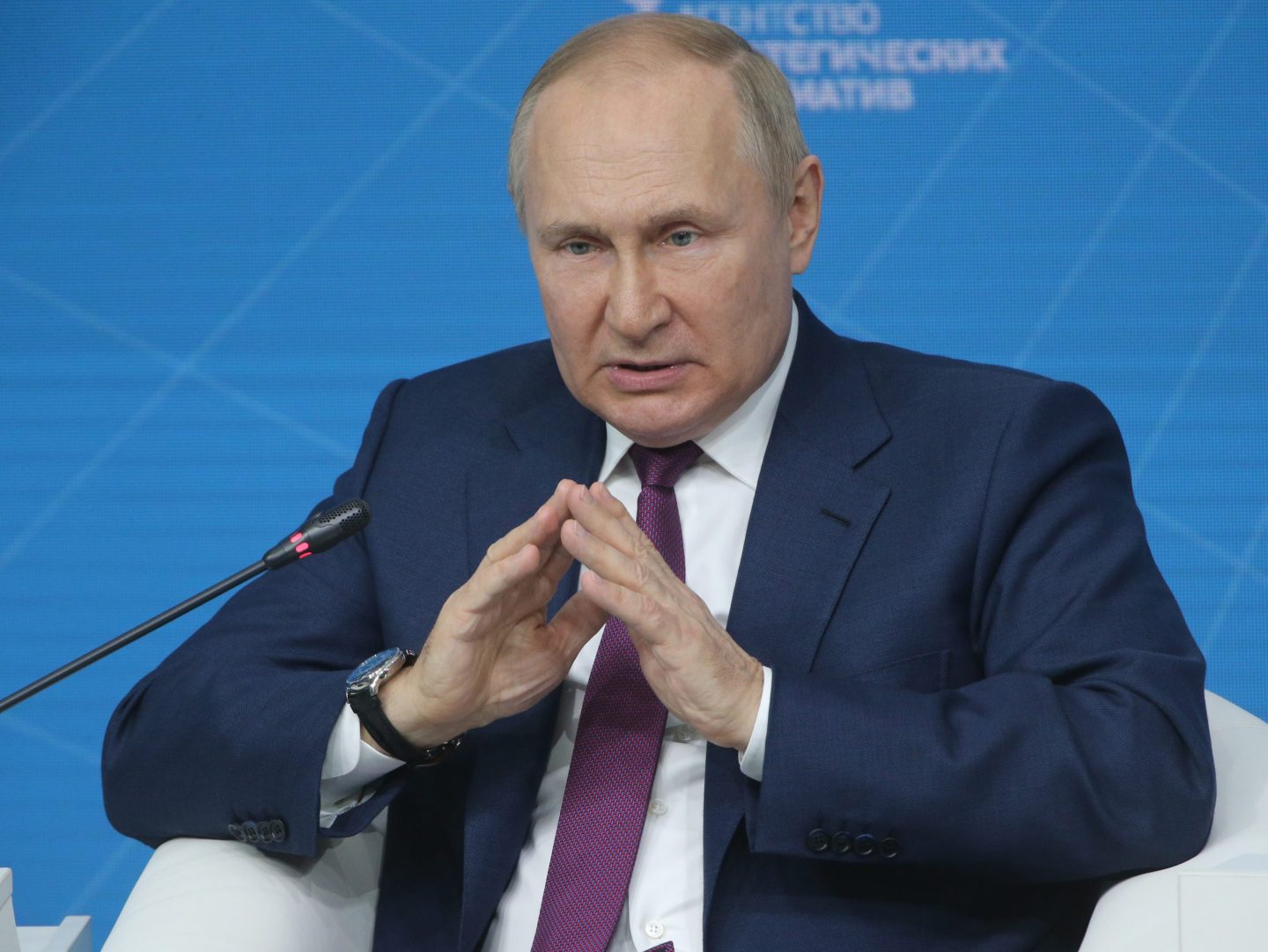 Russian President Vladimir Putin, pictured at the Powerful Ideas for New Times Forum on July 20 in Moscow, has been described by the head of the CIA as "entirely too healthy."
Getty Images

There is no evidence that Vladimir Putin’s health is deteriorating, according to the head of the CIA, despite rumors swirling that the Russian leader is sick or dying.

Speaking to NBC News’ Andrea Mitchell at the Aspen Security Forum in Colorado on Wednesday, CIA Director William Burns was asked if Putin could be described as “unhealthy,” to which he responded: “No.”

“There are lots of rumors about Putin’s health and as far as we can tell, he’s entirely too healthy,” he joked.

“That’s not a formal intelligence judgment,” he added, as the audience laughed.

Putin’s physical condition has come under scrutiny since Russia’s invasion of Ukraine in late February, with speculation that the Russian leader is sick with cancer or another serious disease rife due to his “puffy” appearance and apparent inability to stay awake during meetings.

Earlier this year, Britain’s Sunday Times newspaper reported that Putin has blood cancer, while footage of him “shaking uncontrollably” led to theories that he suffers from Parkinson’s disease.

A spokesperson for the Russian government did not respond to Fortune’s request for comment, but the Kremlin has consistently denied that Putin is unwell.

Last month, Putin himself addressed speculation about his physical demise, referencing a famous Mark Twain quote when he told an audience in St. Petersburg: “The rumors about my death were greatly exaggerated.”

While Putin may not be in ill health, Burns suggested on Wednesday that in the two decades since he began dealing with Putin, the Russian leader has become more dangerous as his grip on power has tightened and his circle of advisers has narrowed.

“I’ve watched him stew in what is a very combustible mix of grievance and ambition and insecurity,” Burns told the Security Forum. “He’s a big believer in control and intimidation and getting even. All of those qualities have hardened over the course of the last decade, [and] his own personal sense of destiny and his appetite for risk [have] grown significantly over that time as well.”

Burns added that Putin is convinced that his destiny as Russia’s leader is to restore his country as a great power.

“He believes the key to doing that is to re-create a sphere of influence in Russia’s neighborhood, and he does not believe you can do that without controlling Ukraine and its choices,” he explained. “That’s what produced this horrible war.”