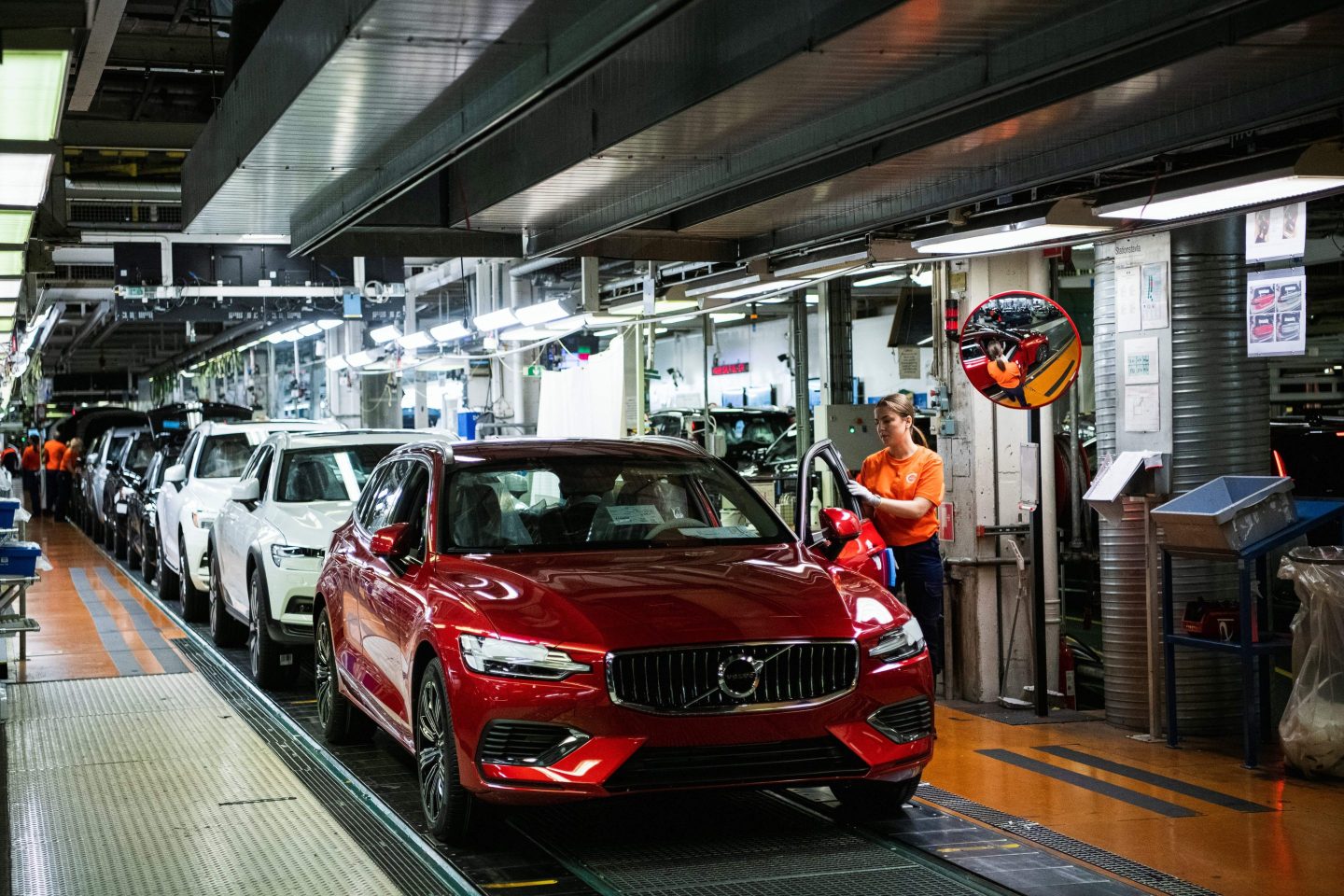 A two-year global chip shortage has plagued carmakers and demonstrated the fragile nature of supply chains, but one company says it’s past the worst of it.

Volvo Cars revealed in its second-quarter earnings this week that it has seen a “marked improvement” in its supply chains recently. And CEO Jim Rowan told CNBC on Wednesday that the company has now all but moved past the semiconductor shortage.

“In the first quarter, we were affected by one specific semiconductor [shortage], which hampered production across most of our range,” he said. “We had forecasted, by and large, that we would be through that by the end of the second quarter, and that’s what we’ve seen.”

The CEO noted that his firm’s production was affected by COVID-19 lockdowns in China in the first quarter, but that’s now in the rearview mirror as well.

“With the China lockdowns behind us and semiconductors back in full supply, for at least Volvo cars, that is, we’re positioned very well for a very strong second half to the year,” he said.

Still, management admitted in the second-quarter earnings call that it expects car deliveries in 2022 to remain flat year over year at roughly 700,000.

“Due to the time lag between production and retail deliveries, those improvements are not expected to result in an increase in retail sales during the calendar year,” the company said.

Semiconductors, also known as chips, play a crucial role in the technology behind everything from fighter jets to iPhones. Over the past two years, amid COVID-19-induced supply-chain nightmares, carmakers in particular have struggled to buy enough chips to meet the demand for their vehicles.

As a result, the prices of both used and new cars have soared, adding to already crippling global inflation. The auto industry missed out on roughly $210 billion in revenue in 2021 alone due to the global chip shortage, according to global consulting firm AlixPartners.

And while Volvo may have found a way out of the production misery caused by a lack of semiconductors, many carmakers are still struggling to find enough chips to meet consumer demand.

Not everyone has been so lucky

According to a new Reuters survey of five leading automotive chip manufacturers, new chip orders remain backed up by a year on average.

The German chipmaker Infineon also told Reuters that the chip shortage may last until 2023, but added that making “reliable assessments” about present chip shortages is nearly impossible due to the unstable geopolitical and macroeconomic situation worldwide.

Backing up Infineon’s statement, John Murphy, an analyst at Bank of America, noted in a Monday report that there is still “widespread uncertainty” among carmakers about the global semiconductor shortage heading into the second half of the year.

And UBS analysts, led by Patrick Hummel, said in a Wednesday research note that Toyota has cited semiconductor shortages as a key reason for its recent production cuts. The Japanese carmaker said it will produce 700,000 units globally in August, 150,000 less than it had originally planned.

The company still “appears to have some issues in addressing supply shortages,” the UBS team wrote.