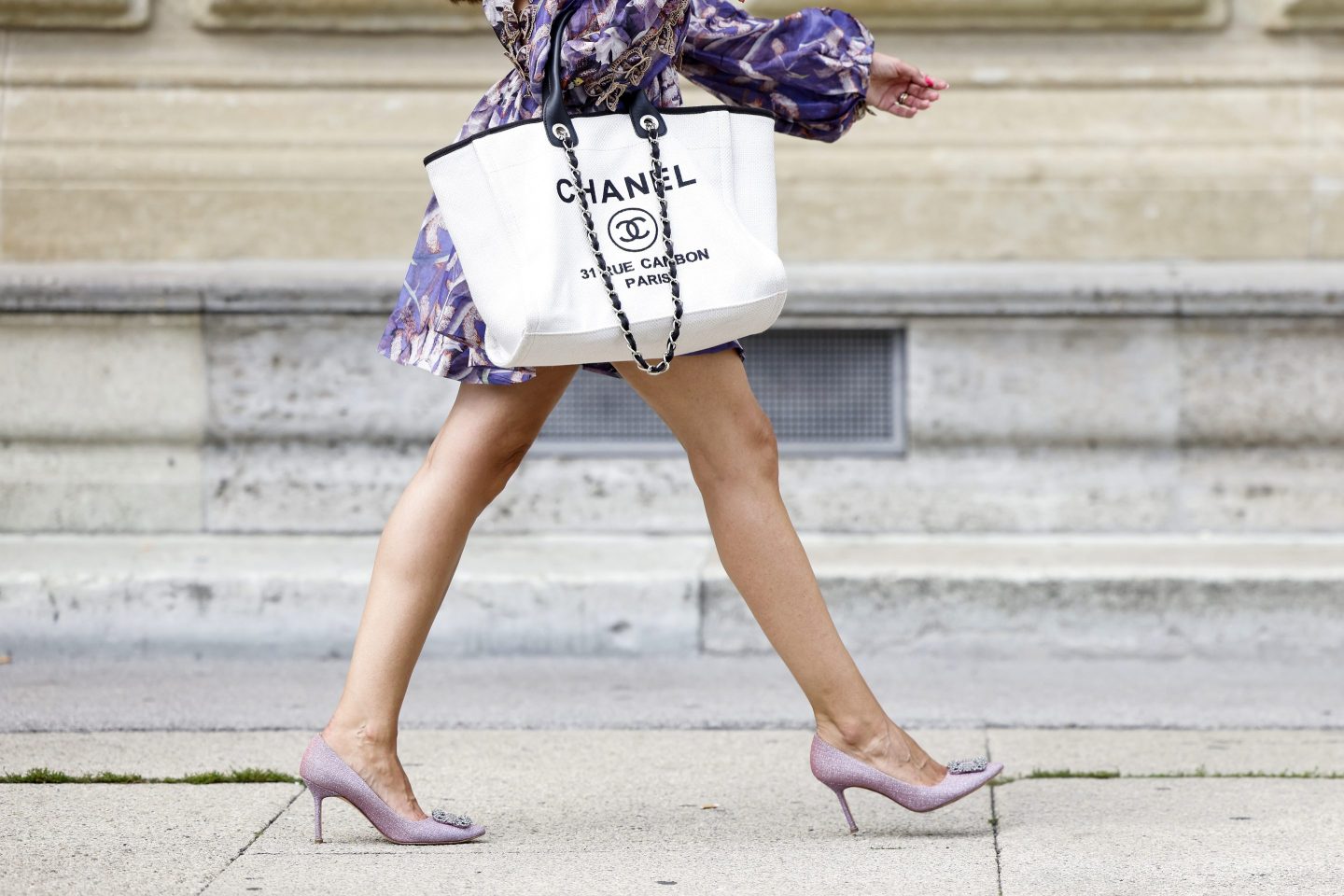 Stiletto shoemaker Manolo Blahnik has won a lengthy legal battle in China to use its own name in the country—paving the way for the brand’s expansion in luxury’s biggest market.
Streetstyleshooters—Getty Images

Jewel-studded stiletto shoemaker Manolo Blahnik has won an over-20-year legal battle in China to use its own name in the country—paving the way for the brand’s expansion in what will soon be luxury’s biggest market.

The British company, named after its Spanish founder, has been embroiled in a legal dispute since 1999 after local businessman Fang Yuzhou trademarked the Manolo Blahnik name, blocking the company from entering the market for more than 22 years.

The shoes, often characterized by stilettos in a rainbow of colors, were cemented in American popular culture after their regular appearance in the T.V. drama “Sex and the City,” with the brand much loved by celebrities, critics, and fashion industry veterans.

But despite being a mainstay of luxury fashion in the West, the shoes have been unable to market their shoes directly to the Chinese market since Fang Yuzhuo trademarked the brand under the “Manolo & Blahnik” name in 2000. China operates under a first-to-file—as opposed to a first-to-use—basis, which has allowed Fang to lay claim over the Manolo name for more than two decades.

Manolo Blahnik has tried to prove in court for years that it had a significant reputation in its name in China before Fang’s trademark filing and some legal analysts argue the country’s trademark regime has left room for trademark “pirates” to exploit the rights to brands without good-faith intent to use them.

The court granted an appeal to the brand in December 2021, following the dismissal of earlier legal action and a retrial hearing was held in January 2022. Finally, the court issued a final judgment in June upholding invalidation based on Manolo Blahnik’s name rights.

“This is a meaningful victory for my uncle, our family, and our team and I want to express gratitude to the supreme people’s court of China for its thorough and careful consideration of our long-standing case,” chief executive Kristina Blahnik, the niece of founder Manolo Blahnik, said in a statement.

For decades, well-known consumer-facing companies have suffered similar struggles when trying to enter the Chinese market. After building up their brands and amassing trademark rights to their names and logos in Western markets, retailers have found themselves barred from entering China after a Chinese entity or individual has beaten them to filing and receiving the trademark for their brand name.

Faced with the mounting pressure of Western brand-owners seeking changes to the first-to-file “trademark squatting,” China’s trademark body revised its national Trademark Law to incorporate squatting-specific language—adding a provision on Nov. 1, 2019, that “any bad faith trademark applications without intent to use shall be refused.”

This has caused shifts in the way Chinese intellectual property laws have reacted to “bad faith” filings, most notably in 2020 when China’s Qiaodan Sports was blocked from using the silhouette of basketball star Michael Jordan as its logo, which is trademarked in the U.S. under Nike’s Air Jordan line of sportswear.

China is “a far more important market for luxury goods and is still set to be the world’s biggest by around 2025,”  the Swiss banking firm Julius Baer said in a report in June.

Malono Blahnik, which was previously only available to customers in China through third-party e-commerce platforms like FarFetch, said it plans to expand its business in mainland China.