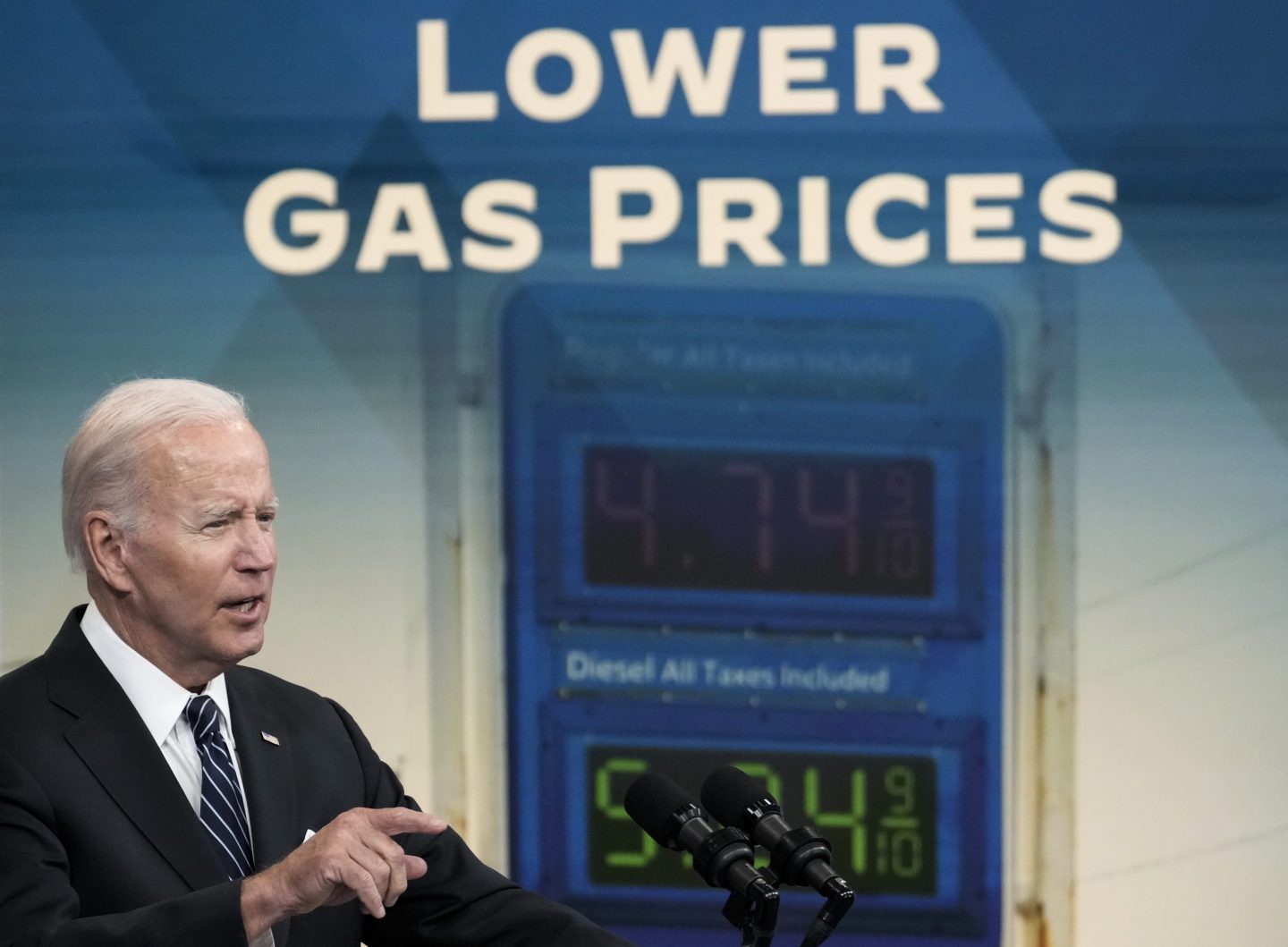 U.S. gasoline prices have soared in 2022 amid the reopening of the global economy postpandemic, the ongoing European energy crisis, and the war in Ukraine.

On June 14, the national average price for a gallon of regular gas rose to a record $5.01, according to the American Automobile Association. Since then, however, a new trend has emerged that should help Americans struggling with the rising cost of living caused by four-decade high inflation.

Gas prices have experienced a 35-day skid, and are now down more than 10% from June’s record high to a two-month low of $4.495. Some industry analysts predict that prices will continue to decline.

Patrick De Haan, the head of petroleum analysis at GasBuddy, said on Twitter this week that he expects gas prices will continue falling over the coming months, eventually reaching a national average of $3.99 per gallon by August.

The recent dip in gas prices follows oil’s decline over the past month. Brent crude oil, the international benchmark, is down roughly 15% since its June 8 highs of over $123 per barrel to just $105 per barrel on Tuesday.

Oil prices briefly slipped below $100 per barrel last week as well, giving up all of the gains the critical commodity made since Russia invaded Ukraine in late March, but this past week has seen a slight rebound in prices.

Alex Kuptsikevich, a senior market analyst at FX Pro, said the rise in oil prices over the past week was mainly a result of traders anticipating a meeting between the Biden administration and Saudi leaders to discuss increasing oil output, which didn’t materialize.

“Waning economic activity, with a trend of rising production and interest rates, makes the scenario of further declines in oil the main one to consider,” he said.

That’s good news for President Biden, who has been desperately attempting to lower gas prices amid sinking approval ratings.

The Biden administration has released 180 million barrels of oil from the Strategic Petroleum Reserve to counter rising gas prices, questioned oil and gas company CEOs over their firms’ record profit margins, called on gas stations to reduce prices at the pump, and even floated the idea of a federal gas tax holiday.

But despite the efforts, just 12% of Americans believe Biden’s policies have been effective in reducing prices at the pump, according to a new CNBC survey.

Still, on Monday, President Biden took to Twitter to trumpet the news of gas prices’ recent retreat, arguing that the 50-cent drop in prices at the pump over the past 35 days will save the average American about $25 per month.

“I know those extra dollars and cents mean something. It’s breathing room. And we’re not done working to get prices even lower,” he said.