7 months into the pandemic, a British millennial couple bought a run-down Victorian mansion for $72,500. Now they’re turning it into their dream home. Take a look inside 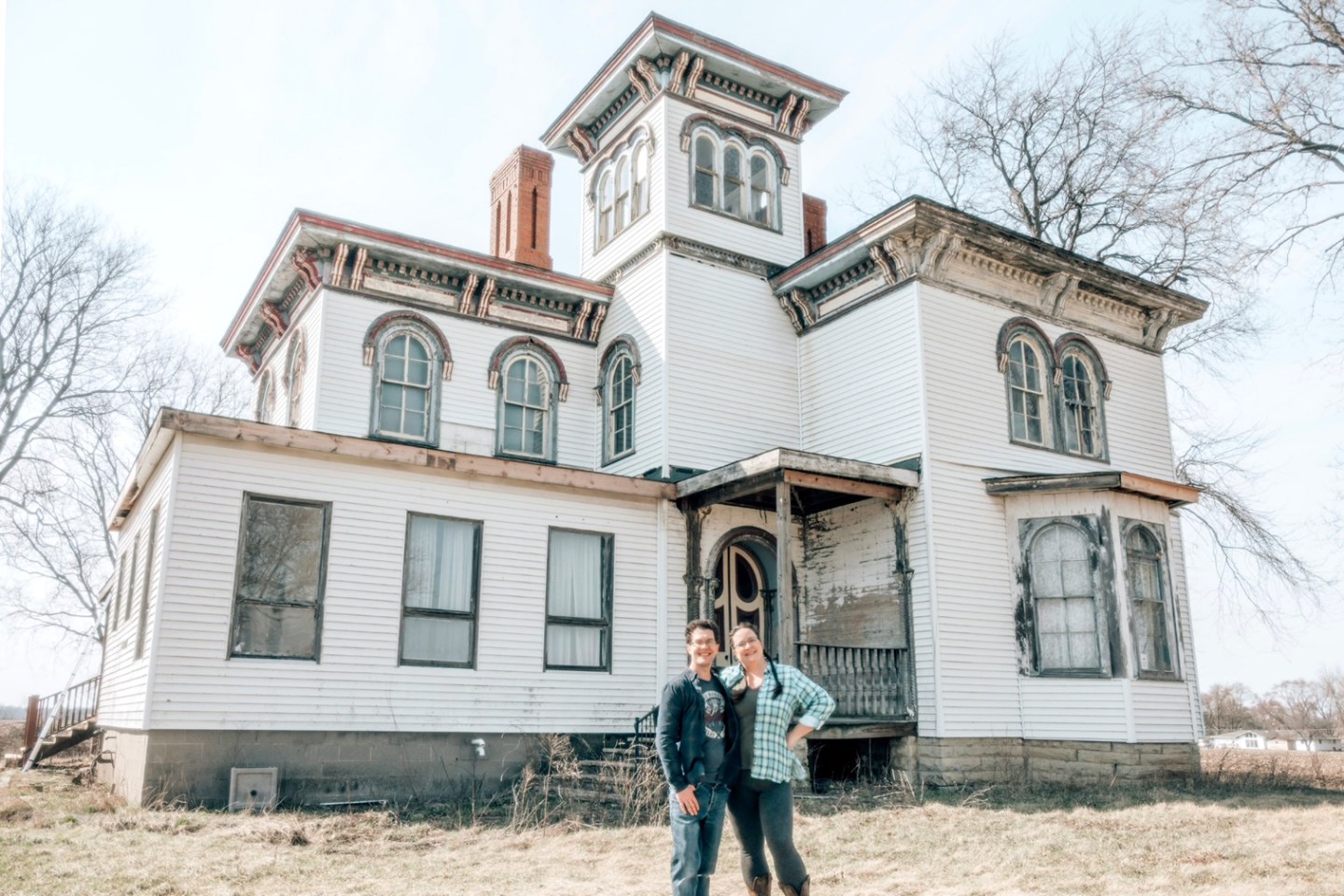 Like a lot of people, Bea and Mike Francis-MacRae, a couple from the village of Potton in Bedfordshire, England, were looking at real estate during the early days of the pandemic.

Although the two had been settled in their home for years and had no immediate plans to move out, they kept perusing historic properties in the U.S. for fun.

One night in June 2020, they were looking at the Instagram account @cheapoldhouses, when they spotted a listing that seemed too good to be true.

The house, a sprawling Victorian mansion next to a corn field in Momence, Illinois, priced at $69,900, was just about an hour’s drive from Chicago and Naperville, where Mike’s company has U.S. offices. Mike, 37, is an IT support manager for the German software firm SAP, and works primarily with the company’s American team despite being based in the U.K.

Courtesy of Bea and Mike Francis-MacRae

“One of the reasons we couldn’t stop thinking about the house was because it was not only gorgeous and amazingly cheap, it was in the area that we wanted to eventually move to,” Bea, 37, told Fortune.

The two spent weeks talking about the house. In the meantime, Mike secretly contacted the realtor and put down an offer for $72,500. He told Bea on her birthday, and the couple signed on the house in October 2020 while COVID travel restrictions were still in place. They wouldn’t actually see the house for another year.

‘By English standards, the house isn’t really that old’

After speaking with the realtor and previous owner and having friends in the area stop by to check it out, Bea and Mike came to understand the house’s most pressing needs—from about 4,000 miles away.

“It quickly became apparent that we needed a new roof,” says Mike. “So we contacted roofing companies remotely from England and had people go out and survey and FaceTime us.” He says they were eventually able to get a few quotes, but they were higher than they’d expected due to the pandemic’s backlog of construction projects and inflated cost of lumber.

The two were finally able to see the house in September of last year, when they visited to monitor the roofing project. “It was like stepping into a picture,” says Bea about her first time seeing it after spending a year poring over photos online.

It wasn’t solely a happy moment, however. The house had decayed significantly in the time between inking the deal and seeing it, she says.

“It was a bit of a shock,” adds Mike, who says that he wondered for a moment if he’d made a mistake in buying the property. Several new leaks seemed to have appeared in the ceiling and raccoons had begun to nest in the mansion’s thick 1980s carpeting.

But after fixing the roof, tearing out the ruined carpeting, and disinfecting as many of the interior surfaces as they could, Bea says their sense of excitement returned.

It helped, too, that they’re not strangers to old houses. “We’re not fazed by it because by English standards, the house isn’t really that old,” says Bea. Their current home, where they’ve lived for the past seven years, is over 500 years old, she says. The Illinois mansion, meanwhile, is a mere 160.

In total, Mike and Bea expect to put about $200,000 over the course of their renovations.

Bea and Mike are still a ways off from moving into the house, and are working on several major projects. Window restoration is slated to begin in August, and they’re visiting again in September to continue working on it.

As for their favorite parts of the house, the couple is divided.

“I think definitely the staircase,” says Bea, referencing an enormous free-standing spiral staircase at the entrance to the house. “It’s just amazing, this big spiral staircase that leads up to the completely pointless cupola.” She says she wants to add a chaise longue and a pile of books to the cupula so that it can one day be a reading nook.

For Mike, it’s the exterior. “All the woodwork, all the trim. It’s just so detailed.”

The two expect the house to be the place where they end up forever, and want to keep thinking up projects for it even after they’re done with the main renovation. They already have their eyes on a parcel of land next door, sold off decades ago but part of the original property, that they hope to buy one day.

Bea says the current owner has told them they just need to name their price. Once they do, the plot would bring their property up to a total of three acres.

“We’d be able to have chickens,” she says.

Do you have an interesting housing story you’d like to share with Fortune? You can email the reporter of this article at colin.lodewick@fortune.com.