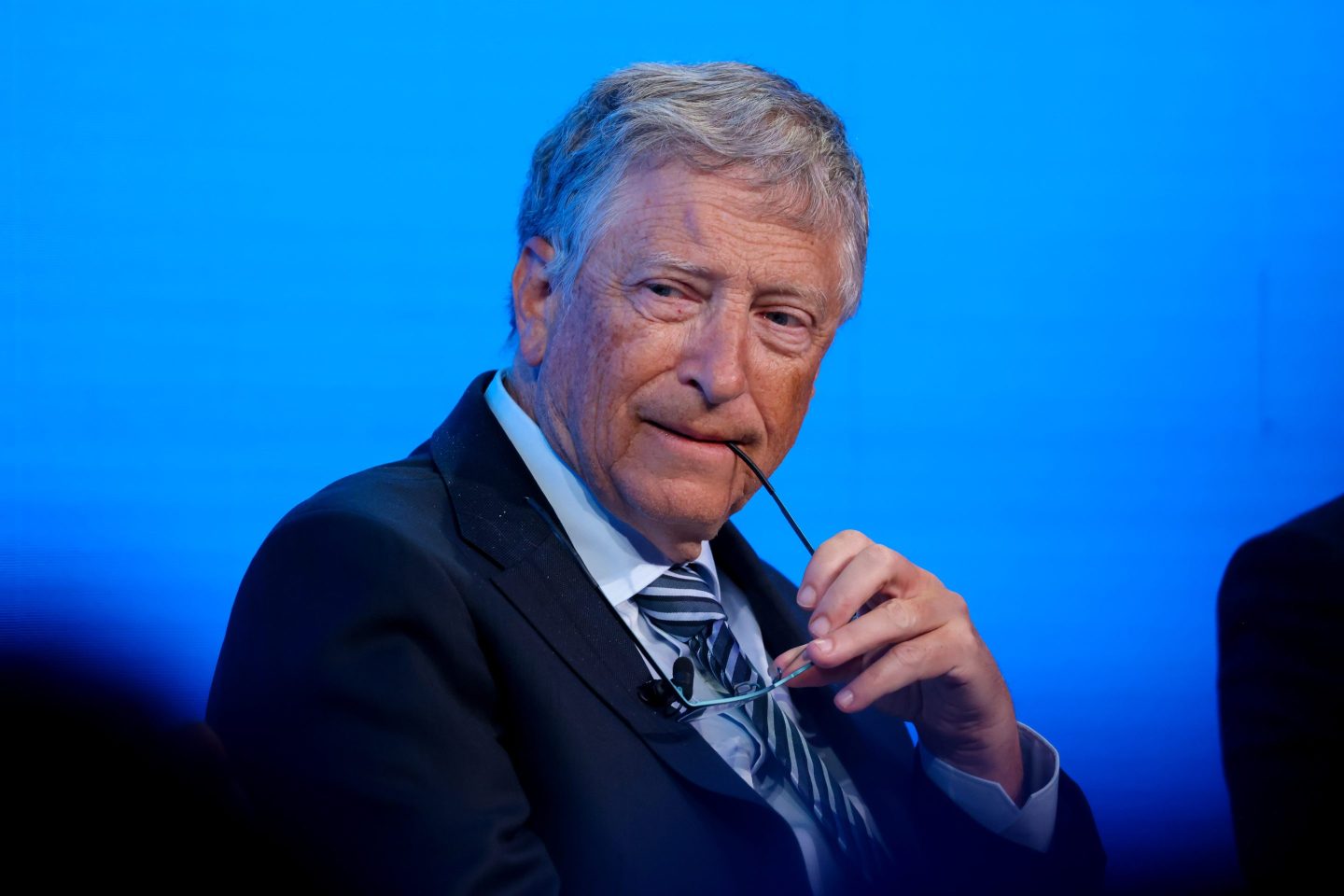 The Gates Foundation is getting a big new cash injection.
Hollie Adams—Bloomberg/Getty Images

“The great crises of our time require all of us to do more,” Bill Gates says today of a record new donation to the the Bill & Melinda Gates Foundation.

“I hope by giving more, we can mitigate some of the suffering people are facing right now and help fulfill the foundation’s vision to give every person the chance to live a healthy and productive life.”

The Microsoft billionaire and his ex-wife, Melinda French Gates, are announcing a new $20 billion donation to the foundation they cochair—their largest ever—along with a recently announced $3.1 billion annual gift from billionaire investor Warren Buffett. The foundation’s total endowment is now approximately $70 billion, according to today’s announcement: a huge increase from its $49.9 billion endowment in 2020, on top of which the foundation is raising its annual budget by 50% compared to prepandemic times.

Gates says the next few years threaten to reverse many of the global philanthropy successes of the past two decades, and he is tasking his foundation—one of the largest charitable organizations in the world—to grow its annual payouts to record levels to meet them.

The annual payout to charitable causes supported by the foundation is expected to hit $9 billion by 2026, and will focus on mitigating climate change, improving food security, reducing childhood deaths, ensuring equal access to education and gender equality, and preventing future pandemics while eradicating emerging diseases.

“Despite huge global setbacks in the past few years, I see incredible heroism and sacrifice all over the world and I believe progress is possible,” he said.

Melinda French Gates emphasized the important part that humanitarian aid will have.

“Philanthropy has a unique role to play in helping people around the world recover from the pandemic and rebuild the underlying systems that left so many so vulnerable to begin with,” she said.

‘One of the biggest setbacks in history’

The Bill & Melinda Gates Foundation, established in 2000, has been virtually unmatched in the scale of its donations and impact over the years, especially in the fields of medicine and preventable diseases. The organization has donated billions in attempts to eradicate diseases such as HIV/AIDS, tuberculosis, and malaria over the years, and has been credited with reducing polio caseloads by 99% since 1988, saving approximately 18 million children from paralysis.

Over the past 20 years, the foundation’s efforts have helped halve the fraction of people worldwide living in extreme poverty, Bill Gates wrote in a letter accompanying the announcement. But the billionaire philanthropist also noted that the pandemic and the war in Ukraine threatened to reverse those successes.

Gates called the pandemic “one of the biggest setbacks in history” and the war in Ukraine “a gigantic tragedy for the entire world.” He also noted that these two events could potentially hold long-lasting global economic consequences, including the waves of inflation popping up in countries around the world that are raising prices for everything from gasoline to fuel.

“The world economy is entering a low-growth cycle, with rising interest rates and high inflation,” Gates wrote, adding that lower government spending after the pandemic is threatening to dry up public funds for humanitarian initiatives, which partly led to his decision to increase the foundation’s budget.

“We need all sectors of society—government, the private sector, and the nonprofit sector including philanthropy—to engage on these issues. Philanthropy is the smallest of these sectors, but it is unique in its ability to try risky ideas that can have a large impact if they succeed and are scaled up,” Gates wrote.

Bill Gates—who has a net worth of $122 billion, according to Forbes—reportedly donated over $50 billion of his and Melinda French Gates’ fortune to charity since 1994, and became a trendsetter among philanthropic billionaires in the early days of the foundation. In 2010, he said his goal was to donate 95% of his wealth to charity.

Buffett, with his most recent $3.1 billion gift, has now donated nearly $36 billion to the Gates Foundation over the past 16 years and has also pledged large parts of his wealth to charity. The 91-year-old Sage of Omaha has said he will gradually give away 99% of his wealth both during and after his lifetime, with $56 billion of his $90 billion stake in investment firm Berkshire Hathaway reportedly destined for the Gates Foundation.