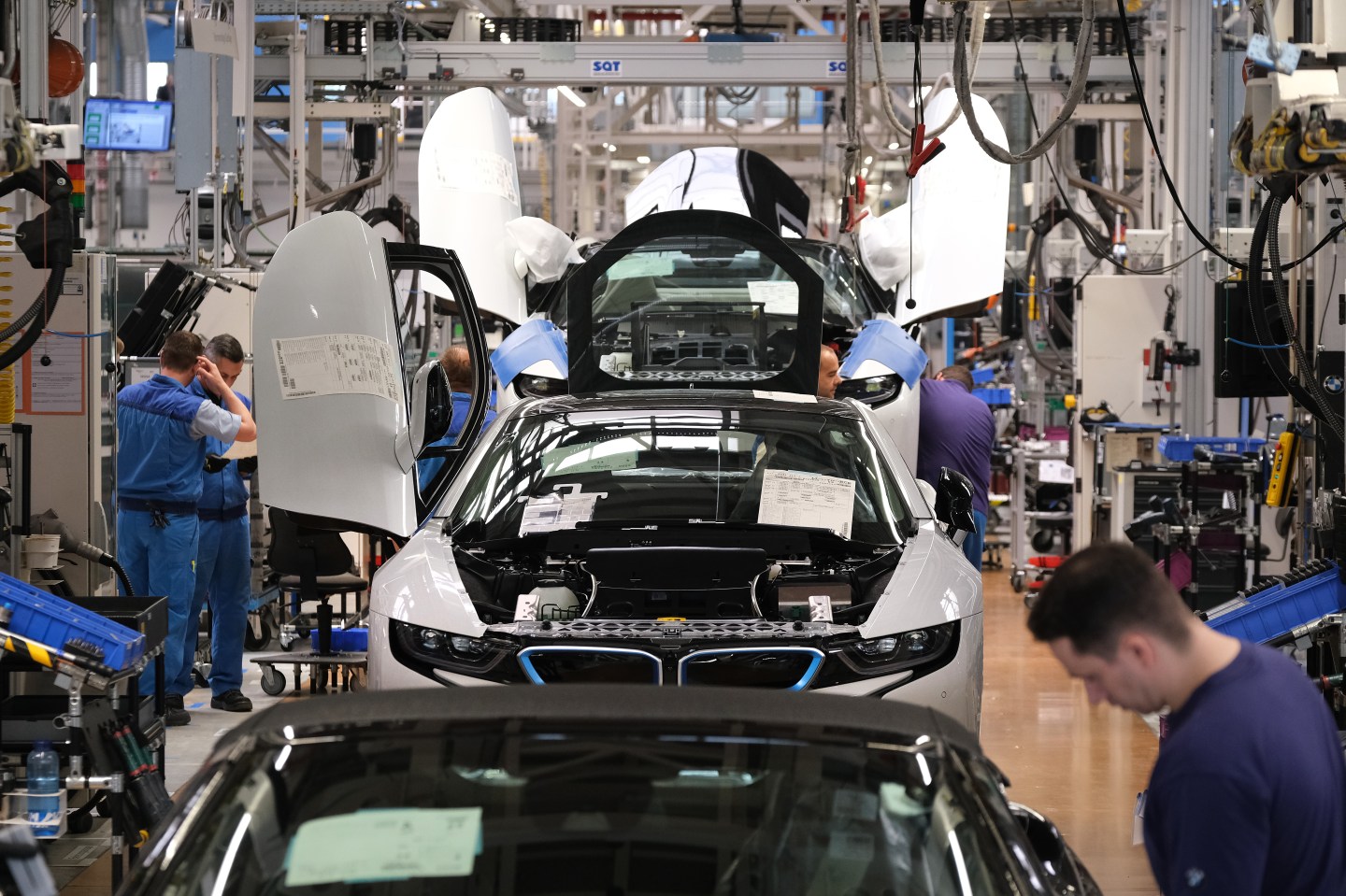 Workers assemble BMW I8 hybrid cars on the assembly line at the BMW factory on May 20, 2019 in Leipzig, Germany.
Sean Gallup/Getty Images

BMW, which has been evangelizing microtransactions in the automotive space for over four years, is giving it another go.

The automaker has launched a number of subscription-based services for drivers in South Korea on features that are fairly common in U.S. vehicles.

Heated seats, for example, run for $18 per month. A heated steering wheel will cost $10 per month. And high-beam-assist headlights, a driver safety feature, come with an $8 per month charge. In all of these examples, discounts are available with multi-year commitments and the feature can be purchased with permanent access.

The features are activated (and deactivated) via an over-the-air software update between the vehicle and a BMW app. The company says the pay-per-feature decision was made because the majority of drivers opted against purchasing these options and it didn’t want to charge customers for things they didn’t use.

Upgrades bring a new revenue source to automakers, but buyers have strongly resisted them. BMW, in 2018, attempted to make Apple CarPlay into a subscription service (with an $80 per year price tag), but reversed course after buyers pushed back.

That hasn’t changed. An April study from Cox Automotive found that three-quarters of consumers said they were not willing to pay an annual or monthly subscription fee for most items on their new vehicle.