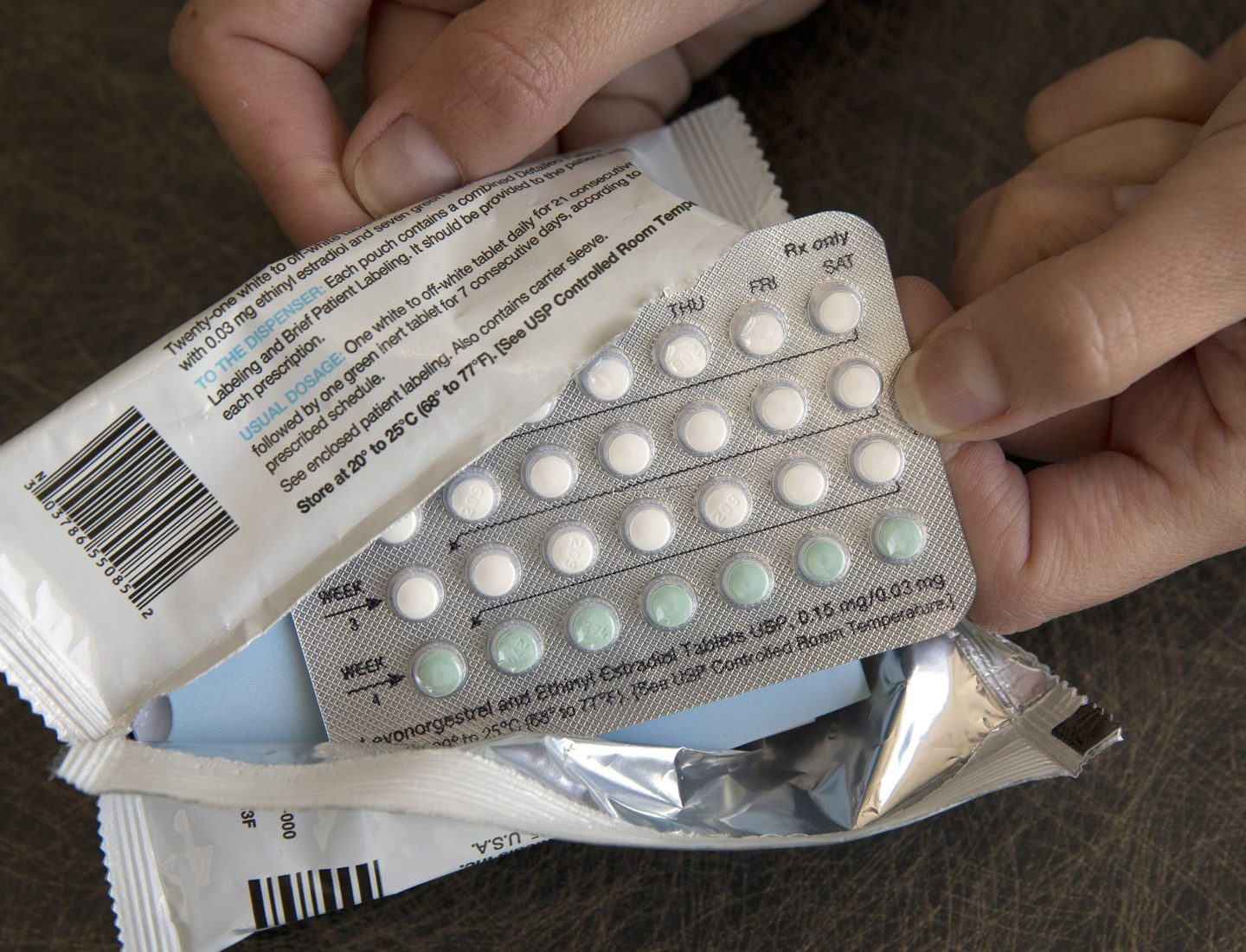 A drug company is seeking U.S. approval for the first-ever birth control pill that women could buy without a prescription. The request from a French drugmaker sets up a high-stakes decision for the Food and Drug Administration amid the political fallout from the Supreme Court's recent decision overturning Roe v. Wade.
Rich Pedroncelli—AP Photo

For the first time, a pharmaceutical company has asked for permission to sell a birth control pill over the counter in the U.S.

HRA Pharma’s application on Monday sets up a high-stakes decision for health regulators amid legal and political battles over women’s reproductive health. The company says the timing was unrelated to the Supreme Court’s recent decision overturning Roe v. Wade.

Hormone-based pills have long been the most common form of birth control in the U.S., used by millions of women since the 1960s. They have always required a prescription, generally so health professionals can screen for conditions that raise the risk of rare, but dangerous, blood clots.

The French drugmaker’s application compiles years of research intended to convince the Food and Drug Administration that women can safely screen themselves for those risks and use the pill effectively.

“For a product that has been available for the last 50 years, that has been used safely by millions of women, we thought it was time to make it more available,” said Frederique Welgryn, HRA’s chief strategy officer.

An FDA approval could come next year and would only apply to HRA’s pill, which would be sold under its original brand name, Opill. The company acquired the decades-old drug from Pfizer in 2014, but it’s not currently marketed in the U.S.

Reproductive rights advocates want to see other prescription contraceptives move over the counter and, eventually, for abortion pills to do the same.

That potential for a precedent-setting decision once again places the FDA under an intense political spotlight.

Late last year, the agency was condemned by abortion opponents and praised by women’s rights advocates when it loosened access to abortion pills. The agency faced similar political pressures in 2006 when it approved over-the-counter use of the emergency contraception pill Plan B.

Many conservative groups stress they are only interested in curtailing abortion, and state bans often explicitly exclude contraception.

Even before Monday’s announcement, Democratic lawmakers were calling on the FDA to swiftly consider any such requests.

“We urge FDA to review applications for over-the-counter birth control pills without delay and based solely on the data,” said more than 50 members of the House’s Pro-Choice Caucus in a March letter.

Many common medications have made the switch from behind the pharmacy counter, including drugs for pain relief, heartburn and allergies.

In each case, companies must show that consumers can understand the drug’s labeling, evaluate its risks and use it safely and effectively without professional supervision. HRA spent seven years conducting the FDA-required studies, including a trial that followed 1,000 women taking its pill for six months.

Behind the company’s efforts is a coalition of women’s health researchers and advocates who have worked for nearly two decades to make contraceptives more accessible, especially to groups with less access to health care.

The Oral Contraceptives Over-the-Counter Working Group helped fund some of HRA’s research and is mobilizing support behind a media campaign dubbed Free the Pill.

“A lot of our research has been about making the case to help inspire and support a company to take this work on,” said Kelly Blanchard, president of Ibis Reproductive Health, a group member that supports abortion and contraceptive access.

The pill contains a single synthetic hormone, progestin, which prevents pregnancy by blocking sperm from the cervix.

Most birth control pills contain progestin plus estrogen, which can help make periods lighter and more regular. Progestin-only pills are generally recommended for women who can’t take the more popular combination pills due to health issues.

But estrogen also accounts for most of the blood clot risk associated with oral contraceptives. FDA’s labeling warns against their use in certain women already at risk for heart problems, such as those who smoke and are over 35.

For most women, the drugs are overwhelmingly safe. For every 10,000 women taking combination pills annually, three to nine will suffer a blood clot, according to FDA data. That compares with one to five clots among 10,000 women who aren’t taking birth control.

And medical professionals point out that blood clot rates are much higher in women who become pregnant, when hormone levels and reduced blood flow increase clotting risk.

“What I definitely see is a misunderstanding of the dangers of these pills. It is much safer to take the pill than to be pregnant” said Dr. Maura Quinlan, a Northwestern University physician and member of the American College of Obstetricians and Gynecologists. She was not involved in HRA’s application or research.

Still, support is not universal.

Diana Zuckerman of the nonprofit National Center for Health Research says comparing the safety risks of the pills with pregnancy is not the right approach.

Many women take birth control pills to regulate their periods or reduce bleeding, said Zuckerman, whose group evaluates medical research. “Those are real benefits, but they are not worth the risk of potentially fatal blood clots,” she said.

The FDA has long monitored the safety of oral contraceptives, updating their warnings over the years.

Last year, the agency placed a hold on a study by drugmaker Cadence Health, which has also been working on an over-the-counter pill. The agency told the company to conduct additional blood pressure checks of trial participants. The company says it is “working to overcome this regulatory hurdle.”

The FDA is required to hold a public meeting to evaluate HRA’s application before making a decision. Safety considerations are likely to take center stage.

Executives at HRA, which is owned by Perrigo Co., expect a decision in the first half of 2023.

Advocates hope it will be the first of many.

“Once we see the approval of this product, it will demonstrate that it’s possible and that the data is strong,” Blanchard said. “Hopefully we’ll see the process speed up from here.”