Bankers look past Musk’s Twitter fickleness for future deals: ‘I would work for Elon Musk any day’ 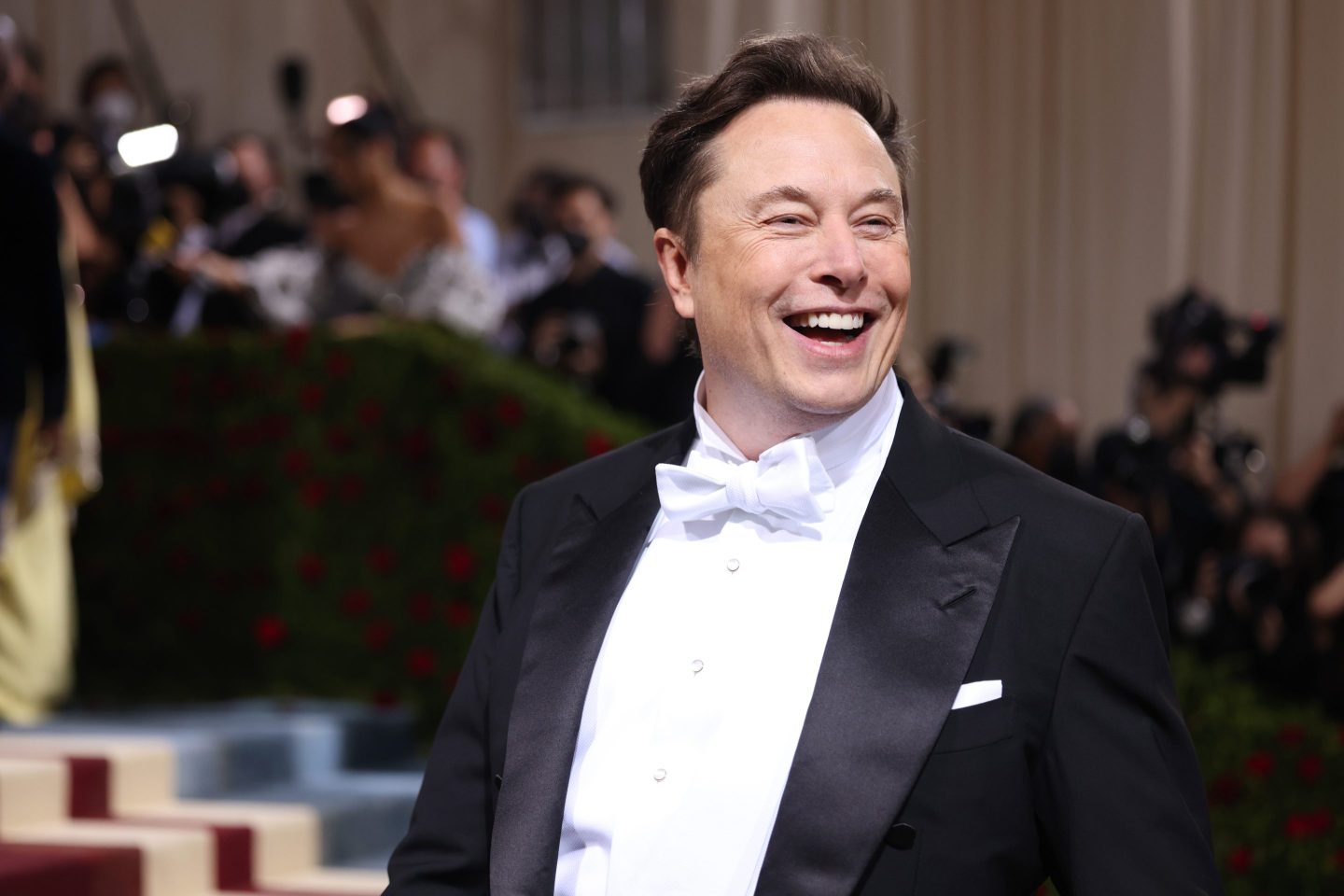 Elon Musk attends The 2022 Met Gala Celebrating "In America: An Anthology of Fashion" at The Metropolitan Museum of Art on May 2 in New York City.
John Shearer—Getty Images

It isn’t the first time billionaire Tesla Inc. founder Elon Musk burned his investment bankers on deals—and it may not be the last.

When Musk dropped a regulatory filing late Friday saying he was walking away from his $44 billion agreement to buy Twitter Inc., some of the bankers who were backing him felt a mixture of disappointment and relief even with millions of dollars in fees at risk, according to people familiar with the matter.

“He did burn bankers for tons of time,” said Susan Wolford, a former investment banker who was vice chair and ran the tech group at Bank of Montreal. “You have to take this to committee, you have to do all the work for something that large.”

While Musk has said he’s walking away, Twitter has vowed to keep the deal alive and has threatened legal action.

Many of the bankers had no heads-up from Musk’s camp that the filing was coming, with one person saying that, for legal reasons, the group in the know was kept small. Asking not to be identified because the matter is private, they said they had an inkling of Musk’s second thoughts from the first time he tweeted that the deal was on hold in May.

It was the second time in five years that Musk fielded an ambitious acquisition idea that got Wall Street’s hopes up, only to change his mind. In that 2018 episode, Musk tweeted about taking Tesla private with the claim “funding secured.”

The Twitter agreement had made it to the announcement stage, though, with many banks lending their balance sheets and names to his effort, led by Morgan Stanley. According to Musk’s Friday filing, Morgan Stanley has spent much of the past two months “requesting critical information from Twitter.”

A representative for Morgan Stanley couldn’t be reached for comment.

The fee bonanza from the deal is now in peril. Twitter bankers Goldman Sachs Group Inc. and JPMorgan Chase & Co. were set to earn a combined $133 million in fees once it closed, according to filings. Morgan Stanley and the other banks working with Musk were also expected to have a big payday.

Banks and other advisers could still get a small fee even if the deal dissolves—but likely only a fraction of their take if it closed.

Even though they said Musk had lost some credibility, most of the bankers, who didn’t want to be identified, said they would jump at the chance of working with Musk again.

Musk’s business empire is the main reason. SpaceX was worth $125 billion in a fundraising round in May, making it the most valuable U.S. startup on record, according to data from CBInsights. The bankers who stand to lose out on the Twitter deal still got closer to Musk during this process, perhaps allowing them to still feast on fees if SpaceX goes public as expected in the next few years.

“After doing this, the bankers can say, you kind of owe me now. I didn’t get paid,” Wolford said. “They’re in pole position to lead the next deal. He’s informally obliged to pay them with something else.”

Tesla, which has a market value of almost $780 billion, could also pursue transactions, whether it’s M&A or debt financing. Musk’s futuristic brain-computer interface startup Neuralink has also been in fundraising mode and has attracted more money than other companies in the field. Meanwhile, his tunneling startup, Boring Co., was valued at $6 billion in April.

One banker said it’s hard to ignore the mercurial Musk, the world’s richest person, even if he shoots from the hip on megadeals. Musk’s personal wealth totals almost $227 billion, according to data compiled by Bloomberg.

“He’s a once in a lifetime client,” said Mark Boidman, head of media and entertainment at Solomon Partners. “He’s created some of the most iconic companies, of course everybody wants to be his banker.”

While deal teams at the banks toiled over holiday weekends and through sleepless nights to get Musk to the finish line, it’s the nature of the business for those efforts to often go to waste, they said. Usually that happens before a deal gets announced, though, one person acknowledged.

Some of the advisers were relieved at the prospect of getting off the hook for the billions of dollars they agreed to lend Musk.

Since the merger was announced, the financing market for take-private deals has melted down. Banks have been struggling with more traditional technology acquisitions.

The buyout of Citrix Systems Inc., which was expected to generate hundreds of millions of dollars in fees, could now deliver $1 billion in losses instead, Bloomberg News previously reported.

It’s also not the end of journey. Bankers will be closely watching the legal situation play out and haven’t ruled out the possibility that the deal could still close, they added. Twitter said within minutes of Musk’s filing Friday that it would seek to enforce its agreement in a Delaware court, one that typically frowns on efforts to back out of merger agreements.

Whatever the outcome, Musk seems likely to have his choice of bankers whenever he needs them next.

“I would work for Elon Musk any day,” said John Chachas, founder and a managing principal at Methuselah Advisors.

“He has flaunted convention,” Chachas said. “He is unconventional. He has no patience for bureaucracy, which he views as value negative. So if people find him frightening, maybe that’s an institutional bias against creativity?”

—With assistance from Crystal Tse and Kamaron Leach.