Oil has dropped 13% in the past 30 days. Where it goes next is key for the path of inflation 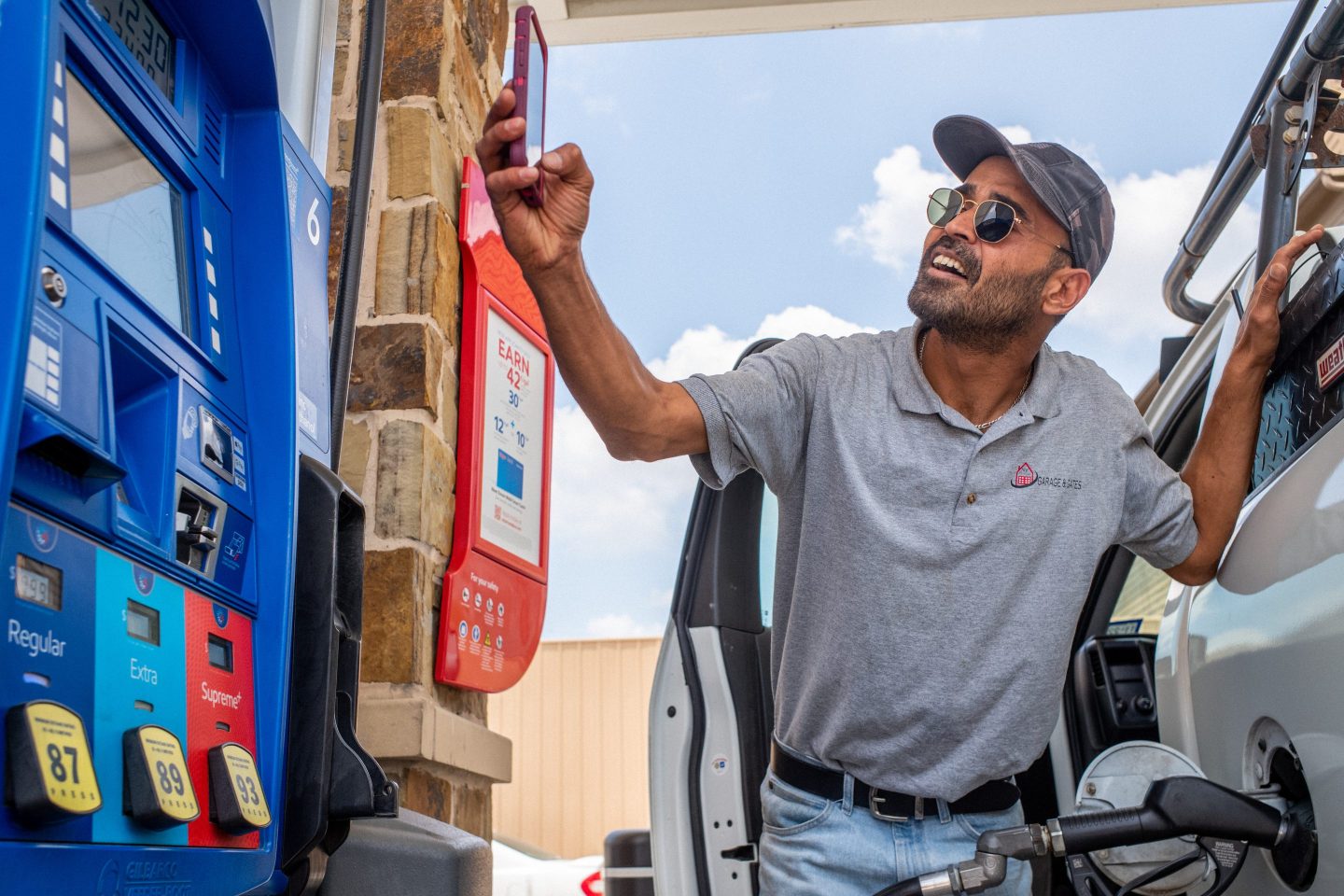 Guy Benhamou sends a picture of gas prices to friends while pumping gas at an Exxon Mobil station on June 9, 2022, in Houston.
Brandon Bell—Getty Images

If inflation is in a wrestling match with the American consumer, the price of oil has been the backbreaker.

Snarled supply chains and the war in Ukraine led oil prices to record highs of $130 per barrel back in March. And in the months since, the surging cost of energy in America has been a key driver of sky-high consumer prices.

Oil’s rise caused a 49% year-over-year jump in gasoline costs in May, which helped to push inflation to a fresh four-decade high.

But there are signs the momentum is changing.

Oil prices have plummeted 13% over the past month, and the critical commodity is now down more than 20% from its 2022 peak. Gas prices, as measured by AAA, have dropped in response, falling from their June 16 record high of $5.01 per gallon to just $4.75 on Thursday.

Deutsche Bank strategist Jim Reid said in a Thursday research note that the dip was mainly a result of the increasing “prospect of a global slowdown or recession.”

That’s a worrying sign for consumers who fear an economic downturn, but oil is also a key factor in determining where inflation goes from here—and that remains the number one issue in the minds of most Americans, according to recent polling.

The only problem is energy industry analysts and investment banks are split when it comes to the path ahead for oil.

Some argue a recession will reduce consumers’ demand for oil, pushing prices lower. But others believe lagging investment in fossil fuel production could cause oil to stay higher for longer. The debate is raging on Wall Street, but what happens to the price of oil is undeniably critical for the future path of inflation in the U.S.

Before jumping into analysts’ views on what lies ahead for oil, it’s important to discuss just how dependent the U.S. still is on black gold, and what that means for inflation.

Even as President Biden and other administration officials have pushed plans for renewable energy expansion this year, the reality is that America still runs on oil. In 2021, petroleum products alone accounted for 36% of U.S. energy consumption, according to the U.S. Energy Information Administration.

And although energy prices only represent roughly 7.5% of the consumer price index (CPI), the most common measure of inflation, when the price of oil rises, it has a reverberating effect on everything from grocery store prices to airfares. That means maintaining a close eye on oil prices is critical when determining where inflation could be headed.

When it comes to where oil prices go from here, analysts and investment banks have wildly different outlooks.

Some oil watchers say that the current price dip isn’t sustainable, while others are expecting prices to sink further in the second half of the year.

JPMorgan Chase analysts warned this week that oil prices could hit a “stratospheric” $380 per barrel if Russia were to cut its crude output in response to Western sanctions.

And considering the U.S. and its allies have been mulling a price cap on Russian oil—a ceiling on how much they will spend—at around $40 to $60 per barrel, the risks of a Russian response are rising.

“It’s a no-brainer that Russia won’t sell its oil at such a discount, even less so as they have customers that are happy to buy their oil at a discounted price,” Ipek Ozkardeskaya, a senior analyst at Swissquote Bank, told Fortune.

Russia recently leapfrogged Saudi Arabia to become China’s number one oil supplier after Western sanctions forced Putin to look for new buyers, and India has dramatically increased its spending on Russian energy over the past year as well.

“Therefore, the G7 leaders are barking to an empty space. As such, the upside risks [for oil] still exist, and we may see prices rebound,” Ozkardeskaya added.

UBS also raised its forecast for Brent crude oil, the international benchmark, to $104 per barrel from $95 per barrel this week, citing “ongoing supply disruptions” that have further tightened supply, and noting that “demand continues to hold up despite higher prices.”

The investment bank’s analysts, led by Henri Patricot, added that there is a risk that oil prices could rise even further owing to “underinvestment” in production capacity. UBS still believes the U.S. economy can avoid a recession this year, and the analysts noted that, historically, it takes a global recession for oil demand to dramatically decline.

“U.S. oil companies are investing less in exploration, with drilling activity down 20% from the 15-year average. We expect the supply-demand imbalance in energy to keep prices above long-run averages,” he said.

But not every investment bank and industry analyst is arguing oil prices could soar to new heights. Citigroup said earlier this week that crude oil could collapse to $65 per barrel by the end of 2022 if a recession reduces global demand.

And Alex Kuptsikevich, a senior market analyst at FxPro, told Fortune that there are signs that demand for oil is “running out of steam,” which could lead prices to fall further.

“History is also on the side of the bears,” he said. “The most significant reversals in oil over the last decade and a half have occurred precisely in the middle of the year, with the most notable examples in 2008 and 2014. This is also what we are seeing now.”