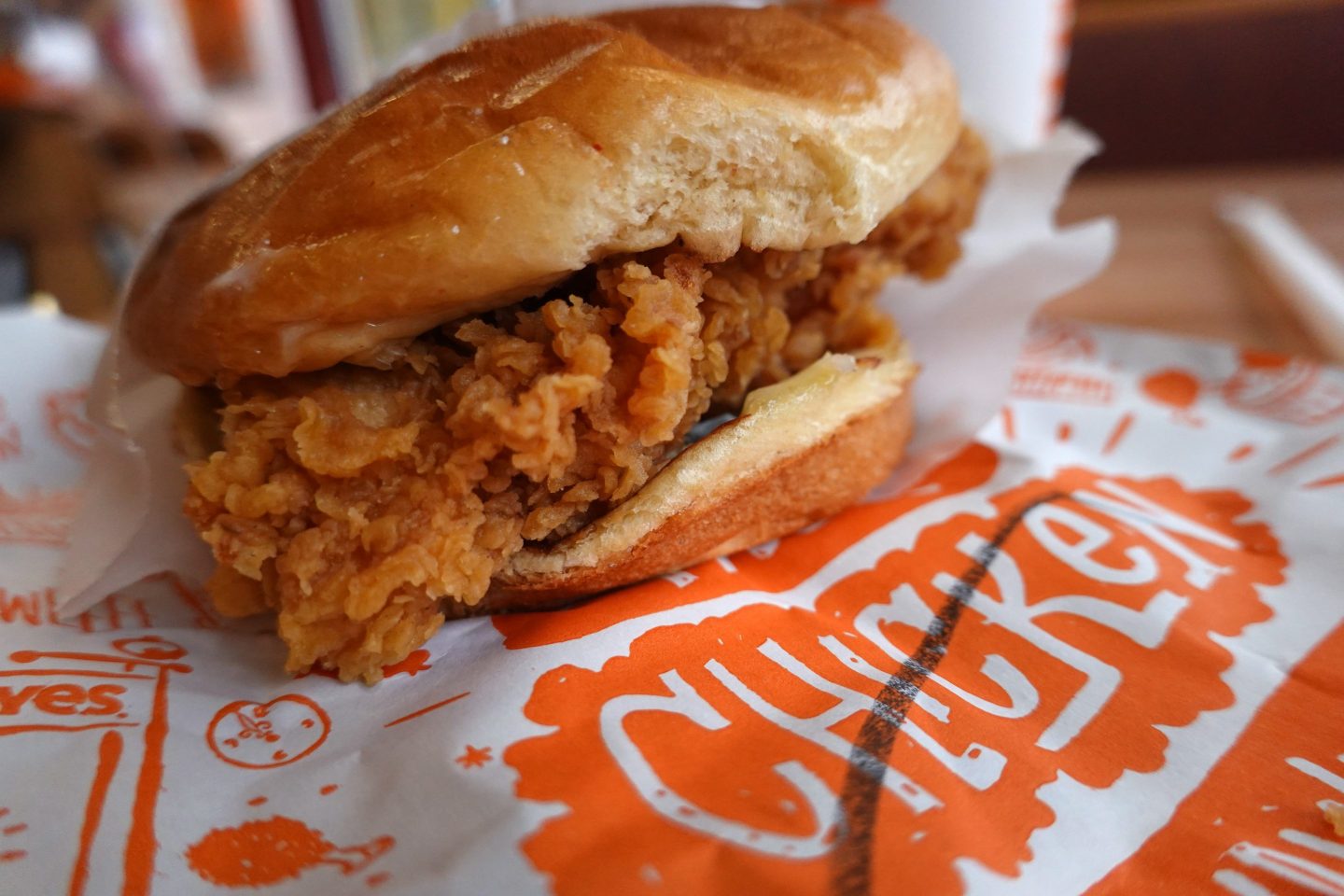 Popeyes mission to get rid of its chicken from MSG hits a snag due to the supply-chain crisis.
Scott Olson—Getty Images

The chain is now planning to get rid of the flavor enhancer, which has garnered both fans and enemies, by the end of 2025. That’s three years later than its prior commitment to remove it by the end of this year. Popeyes, owned by Restaurant Brands International Inc., blamed the delay on supply problems but said it’s still working toward a menu without artificial colors, flavors or preservatives.

“We are currently testing all-clean ingredients in our batter, breading and sandwiches in a few U.S. markets and we expect to be on track to an all-clean menu nationwide by 2025,” the company said in a statement to Bloomberg. “We had hoped to achieve this earlier, however our process of testing new ingredients and getting extensive guest feedback on recipe changes has been slowed down by a challenging supply-chain environment.”

Chicken is a big deal in fast food. McDonald’s Corp., which last year introduced its own Popeyes-style crispy poultry sandwich, also uses MSG in its chicken fillet. Chicken sandwiches from Chick-fil-A Inc. also have the additive. But restaurants have been trying to improve the health and environmental impact of their menus in recent years, removing artificial colors and preservatives, and moving to serve only cage-free eggs.

Other chains have delayed better-ingredient vows due to supply-chain hiccups during the course of the COVID-19 pandemic, which has upended food-supply lines across the U.S. and globe. Chipotle Mexican Grill Inc., for example, has struggled to source humane-certified chicken for its restaurants.

MSG, a type of sodium salt of a common amino acid, enhances the flavor of foods, and has been used for decades. It’s commonly associated with takeout fare, along with processed meats and soups. The U.S. Food and Drug Administration says adding MSG to foods is generally recognized as safe, although many people say they are sensitive to it. Some report developing headaches and nausea after eating foods with the ingredient, but scientists haven’t confirmed a link.