‘It’s going to put a lot more pressure on all of us’: Local abortion care groups say they don’t have enough money for a post-Roe world 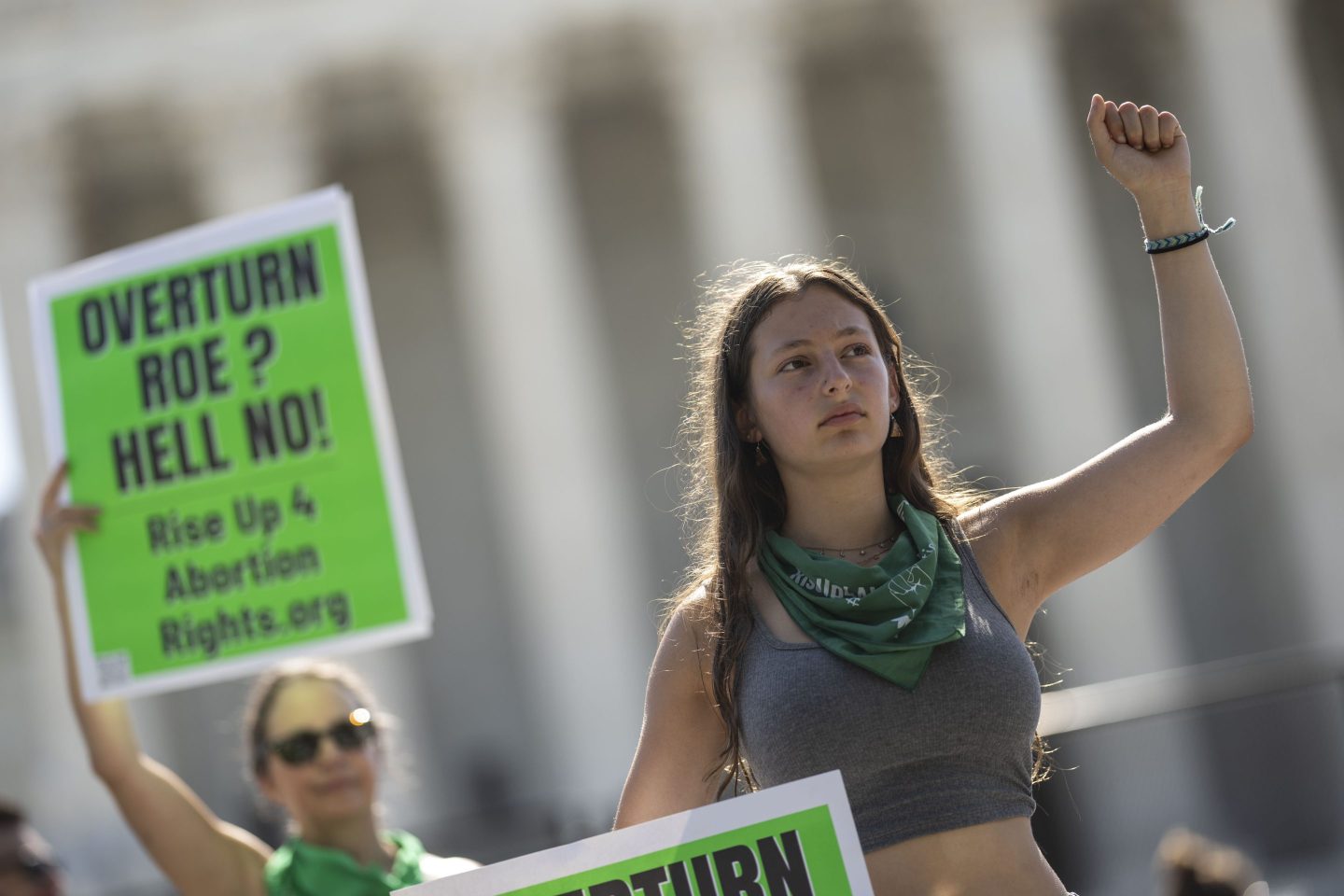 Abortion rights activists rally outside as the Supreme Court of the United States as decisions are announced by the court on Wednesday, June 15, 2022 in Washington, D.C. The court is set to announce a number of high-profile decisions before the end of June.
Kent Nishimura/Los Angeles Times via Getty Images

The Supreme Court has overturned the landmark 1973 Roe v. Wade decision which guaranteed federal protection of abortion rights, as well as a subsequent 1992 decision, Planned Parenthood v. Casey, that maintained those rights.

Access to abortion will now be automatically revoked in 13 states due to so-called “trigger laws.” In total, 26 states are certain or likely to ban abortion closely following the decision, according to the pro-choice research organization, the Guttmacher Institute.

Although the decision is official now, a leak of a draft opinion written by Justice Samuel Alito was published by  Politico on May 2, sparking pro-choice rallies across the nation and leading to a surge in donations to related nonprofits.

National organizations, in particular, have seen an unprecedented spike in contributions. And although local groups have also received additional support, local pro-choice non-profit leaders told Fortune they’re struggling to keep up with the tidal wave of need after the overturn of Roe and Texas’ 2021 Senate Bill 8, which took effect in September.

Eloisa Lopez, the executive director of one of those groups, Pro-Choice Arizona and the Abortion Fund of Arizona, said her budget is being tested, and the burden on staff is increasing.

“It’s going to put a lot more pressure on all of us,” she said. “We have seen a wonderful spike of donations. And we’re really appreciative and grateful for that, but the reality is that that amount of money is really going to be needed for just long-term sustainability. We really need more people to invest.”

An influx of money

The leaked Supreme Court draft opinion in May kicked off record donations for pro-choice groups across the nation.

Nicole Madsen, the executive director of the Abortion Care Network, a national association for abortion care providers, told Fortune donations for her organization’s “Keep Our Clinics” campaign exploded after the leak. Through the first five months of the year, the campaign has seen more than double the donations it received all of last year.

Planned Parenthood has also experienced an incredible 20-fold increase in new supporters and a more than 110% jump in people seeking information on its websites, Adrienne Verrilli, the organization’s vice president of communications, told Fortune.

“As abortion access is at risk like never before, people are enraged and motivated to take action; we see that support in donations, volunteers, and online engagement,” she said.

The National Abortion Federation (NAF) has seen a dramatic increase in donations in recent weeks as well, but Melissa Fowler, the nonprofit’s chief program officer, told Fortune “the need continues to really drastically outweigh the available resources we have.”

Local abortion funds, which don’t offer the procedure but help coordinate logistics and cover costs, exist to fill the financial gaps left by the government and private insurance companies due to abortion bans and restrictions. And those gaps are only expanding.

The Abortion Fund of Arizona, for example, works to provide practical support for people seeking reproductive care in the state. That includes travel arrangements, hotel stays, childcare, meal support, and more. And like many local pro-choice groups around the nation, it’s mostly operated by a small, dedicated staff of volunteers from underserved communities.

Lopez said that while many national pro-choice groups, like Planned Parenthood, are receiving all the attention after the Roe decision, smaller, local groups are struggling to cope with rising costs and raising money.

She pointed to a 2021 study from the National Committee for Responsive Philanthropy that revealed less than 3% of the $1.7 billion of philanthropic dollars given for reproductive rights issues in the U.S. between 2015 and 2019 were designated to local abortion funds.

Joan Lamunyon Sanford, the executive director at the New Mexico Religious Coalition for Reproductive Choice, a faith-rooted group that supports reproductive health, said while donations to her organization have also increased, they are seeing a fourfold increase in calls since the Roe leak, and it’s been a challenge to keep pace.

“My staff is exhausted,” she said. “We’ve never had to turn anyone away. But we’ve never faced a situation like this.”

Sanford added that after Texas’s Senate Bill 8 passed, there was an influx of patients who headed to New Mexico to get reproductive care, and the decision to overturn Roe will only make things worse.

The lack of attention on local pro-choice groups that actively work within their communities to help people find reproductive care is one of the biggest problems in the pro-choice movement, both Lopez and Sanford said, but it’s also nothing new.

“It’s unfortunate that there needs to be a really devastating outcome to get attention toward our cause of reproductive justice,” Lopez said.