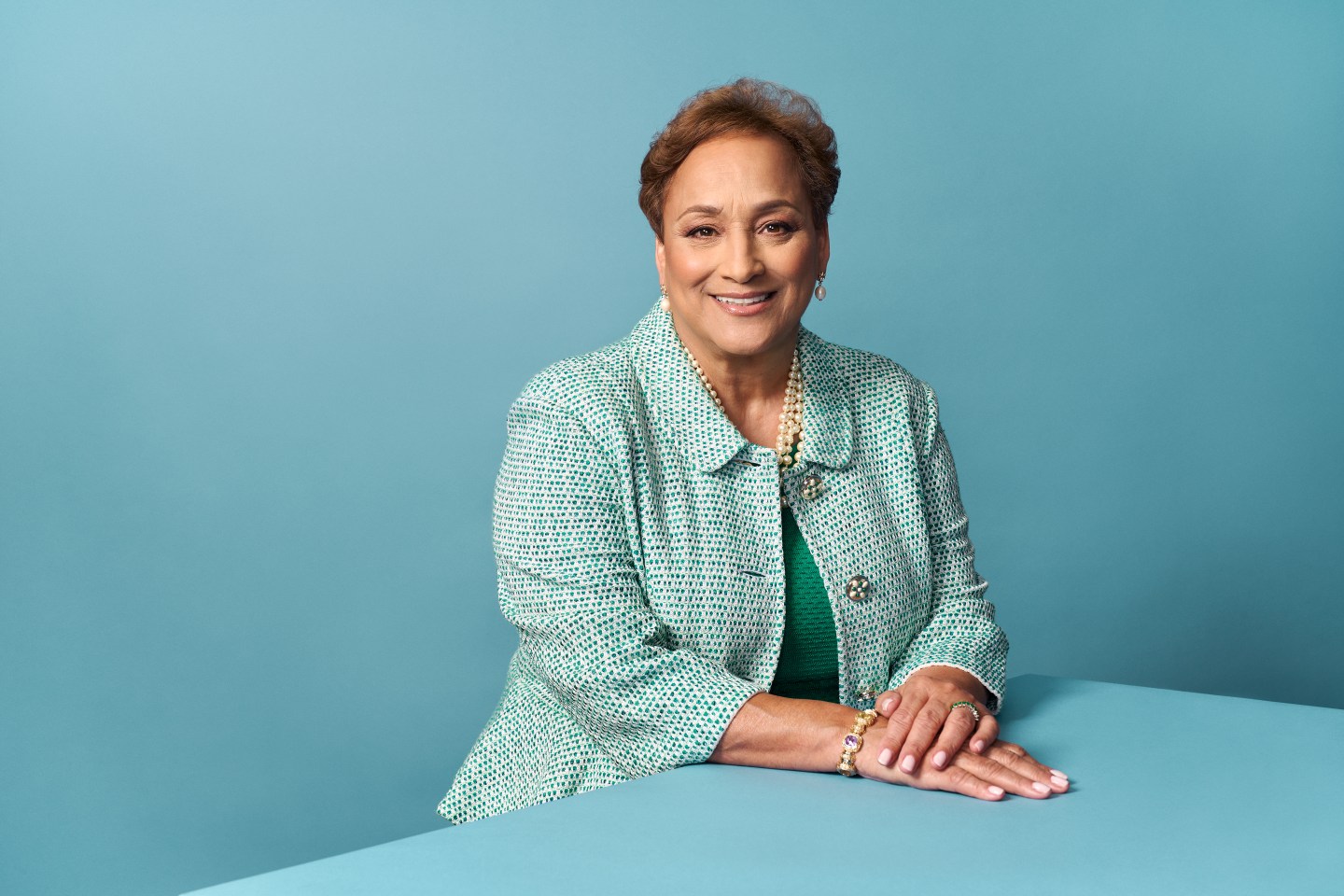 Despite the heightened focus on diversity and inclusion in recent years, age diversity is still often an afterthought. That’s something AARP CEO Jo Ann Jenkins wants to change, especially as more retirees re-enter the workforce, either out of financial necessity or because they feel they have more to contribute.

An estimated 1.5 million Americans who retired before age 65 have returned to the workplace, according to U.S. Bureau of Labor Statistics data. Jenkins, who’s been AARP’s CEO since 2014, is part of a World Economic Forum committee that advises large employers, including a number of Fortune 500 companies, on combatting ageism in the workplace.

Many business leaders have an “a-ha!” moment, she says, when they realize that older workers can help fill the labor shortage gap amid the Great Resignation. To get there, the AARP wants to help de-stigmatize ageing and the harmful assumptions that surround it.

“There is a whole concept of, ‘How do we disrupt aging? How do we change the conversation about aging, and do away with all these negative stereotypes so that people are accepted in society for who they are, not how old they are?,'” says the 64-year-old executive.

This mission extends beyond the workplace. The COVID-19 pandemic laid bare the financial precarity and health vulnerability of older Americans, underscoring their need for a strong advocate. AARP, an interest group focused on issues affecting people over 50, has historically played that role. But in the wake of a health crisis that disproportionately killed or hospitalized individuals age 50 and older, Jenkins is focused on a broader range of issues, ensuring that nursing homes are adequately staffed, drug price growth doesn’t skyrocket, and that society de-stigmatizes the aging process and, ultimately, values older workers.

Fortune: America has an aging population. In your estimation, is society aware of what that means for the workforce?

Jenkins: As a society, we are not prepared for the enormous amount of older people who are going to be living well into their 80s and 90s. The fastest growing age group in the US are people over the age of 85. With what we’ve just gone through, with two years of COVID, how do we address the issues of an aging population, particularly those in nursing homes and long-term care facilities since we’re nowhere near where we need to be in terms of capacity. But we also aren’t prepared to reap the benefits of having older people stay in the workplace, which includes their wisdom, guidance, and the culture that they bring to an organization.

Isn’t there a certain irony to America having an aging population, yet there’s so much societal stigma?

Some 78% of our members recently surveyed told us they had faced some type of age discrimination in the last year, whether that was in the workplace, shopping, in their neighborhoods or in their communities. Yet at the same time, older people are going to be the solution for many companies that are trying to hire people to deal with labor shortages and bring folks back into the workplace.

Companies seem to be primarily focused on gender and ethnic diversity. What about age diversity?

Here at AARP, I can tell you that having multiple age groups represented on teams really brings better solutions to serve our members. One of the things that we have been really focused on in terms of our advocacy and thought leadership work is including age in the DEI discussion. It’s not okay to make fun of somebody because of their sexual orientation or their race, but comedians and others still make fun of people based on their age. When will we as a society say that’s unacceptable? You’re starting to see corporations step up to the plate. Aging is a part of our human experience and we start aging from the day we’re born.

You’re working with the World Economic Forum to push large corporations to fight ageism. How is that going?

When you bring it to the attention of a Fortune 200 company, it’s a kind of ‘aha’ moment of ‘absolutely we should do that. I didn’t even think about that.’ But it’s an uphill battle.

What is motivating older workers to return to the workplace?

Some 48% of the people who left the labor market during COVID are coming back into the workplace either for financial reasons or because they need that sense of belonging and purpose. I think that’s going to be good, particularly for industries like health care that have talent shortages. I was actually on a Fortune panel earlier this week talking about the future of work with about seven other CEOs. One of the things we discussed was what’s most important for attracting and retaining employees. Number one was purpose and mission, then flexibility, learning, and salary. Those things appeal to older workers, just like they do to younger workers.

AARP is non-partisan. But how is that possible in an age where everything gets politicized, including vaccinations and efforts to keep Social Security solvent, which are big parts of the association’s efforts?

I say to to my team, and our staff here at AARP, that our job is to focus on the 50-plus cohort’s wants and needs. Sometimes that’ll pull us to the left. Sometimes that’ll pull us to the right. But we should not be afraid to engage in conversations with both sides of the political spectrum. I’m willing to have a conversation with anyone about helping to solve social security, and make sure that safe, quality, affordable health care is there. Never in our history of 63 years at AARP have we made a political contribution to any candidate.

A large number of COVID-related deaths occurred in nursing homes. Do such facilities need more government oversight? Is the solution to work harder to keep people at home longer?

I would say first that most people want to live as long as they can in their own homes. And so the idea of home care, which actually ends up costing a whole lot less than putting someone in a nursing facility or long-term care is the number one issue that our members tell us is important to them. I think what COVID did is it brought to the forefront what we have been saying for years; that nursing care facilities are understaffed.

J.Lo is in theory part of your target group. Yet so many people have expressed admiration for her fitness, which includes the ability to pole dance, her youthful looks and her energy. Are people like her redefining what aging means in this country?

What I try to say to my staff here at AARP is, ‘Let’s not focus on the exceptional person and how they’re living.’ J.Lo is exceptionally beautiful, talented and healthy. But there are also tens of millions of people in this country who have turned 50, and they’re living their best lives. So how can we use all of our communication channels and products to help people make better choices, because we are living better than our parents lived? How do we get people to start investing in their future and see aging as a positive?

Help me solve a mystery. About two weeks before I turned 50, I suddenly got my first AARP membership solicitation mailer with coupons. How did you know I was turning 50?

I don’t think it’s a big secret. It’s direct marketing and data science. If you got it only two weeks beforehand, we were slow because we like to get it to you months in advance. Getting coupons is not bad at all. I used my 1-800-Flowers discount the other day to send a bouquet of flowers to distant relatives.

Get to know Jenkins: