Kellogg to split into three companies focusing on cereal, snacks, and plant-based foods 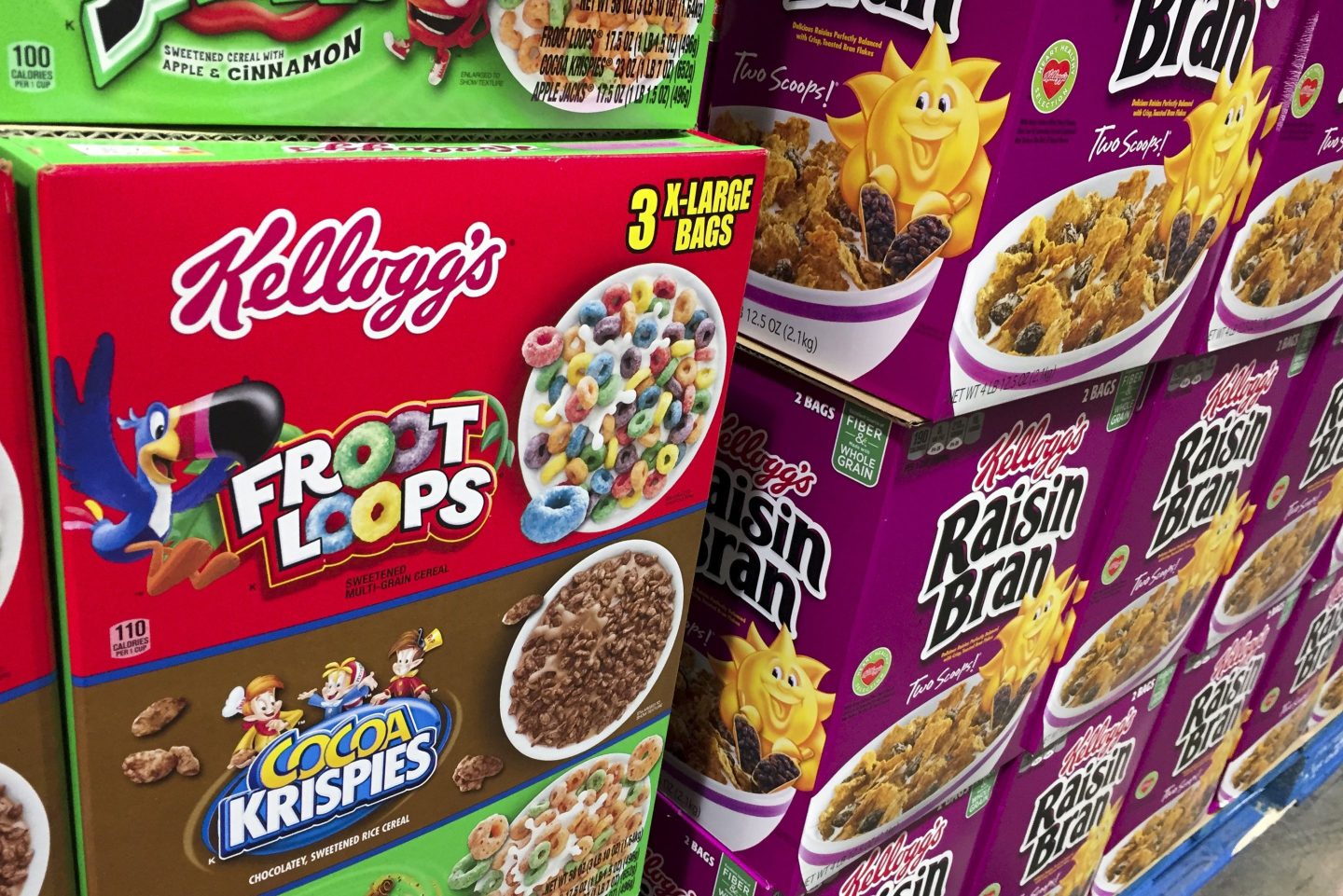 Kellogg Co. said it will split into three independent companies, sparking a rally in the food conglomerate’s shares.

The maker of Froot Loops and other well-known breakfast cereals said the companies would focus on global snacking, North American cereals and plant-based foods—giving each greater autonomy and room for growth. The breakup will occur through two tax-free spinoffs, the Battle Creek, Michigan-based company said in a statement Tuesday.

“These businesses all have significant standalone potential, and an enhanced focus will enable them to better direct their resources toward their distinct strategic priorities,” Chief Executive Officer Steve Cahillane said in the statement.

The split reflects Kellogg’s expansion well beyond its roots as a maker of breakfast cereal. The pandemic drove heavier demand for packaged goods and snack foods, while plant-based foods also have gained in popularity in recent years. Kellogg expects to separate the cereal unit first, with both transactions completed by the end of 2023.

Kellogg shares jumped as much as 5.5% in New York trading on Tuesday, the most in more than a year. The stock had gained 4.8% this year through Friday’s close, far outpacing the 23% decline in the S&P 500.

The global snack business had sales of about $11.4 billion last year, while the young plant-based-foods operations—led by the MorningStar Farms brand—accounted for about $340 million. The North American cereal unit’s sales were about $2.4 billion.

“Kellogg’s decision to split into three companies certainly offers opportunity for its snacks business, but it may be harder for a stand-alone, slower-growth cereal company to outperform in the long term. Creating a plant-based pure play is a bold move given slower-than-expected expansion in 2021 and recent share performance of peers Beyond Meat and Oatly.”

Callihane will remain as the CEO of the global snacking business, which features brands from Pringles to Cheez-It to Pop-Tarts. The unit also includes some international cereal operations and the Eggo breakfast brand.

Under the plan, Kellogg shareholders would receive shares in the two spinoff companies on a pro rata basis relative to their Kellogg holdings. The separations are subject to final approval of the board and also will depend on receiving confirmation from the Internal Revenue Service about the tax-free nature of the spinoffs.

In a call with investors on Tuesday, Cahillane said the company was focused on bringing back its cereal business following a plant fire and a lengthy strike last year. He said the split will let the cereal business allocate its own resources instead of competing with the high-growth snacking business.

Kellogg will also explore strategic transactions, including a possible sale, of its plant-based company, which is known for faux meat versions of hamburger patties and chicken tenders. The category had seen major growth for several years, although it has grown more competitive.