The head of Planned Parenthood has advice for CEOs who are navigating the Roe v. Wade decision 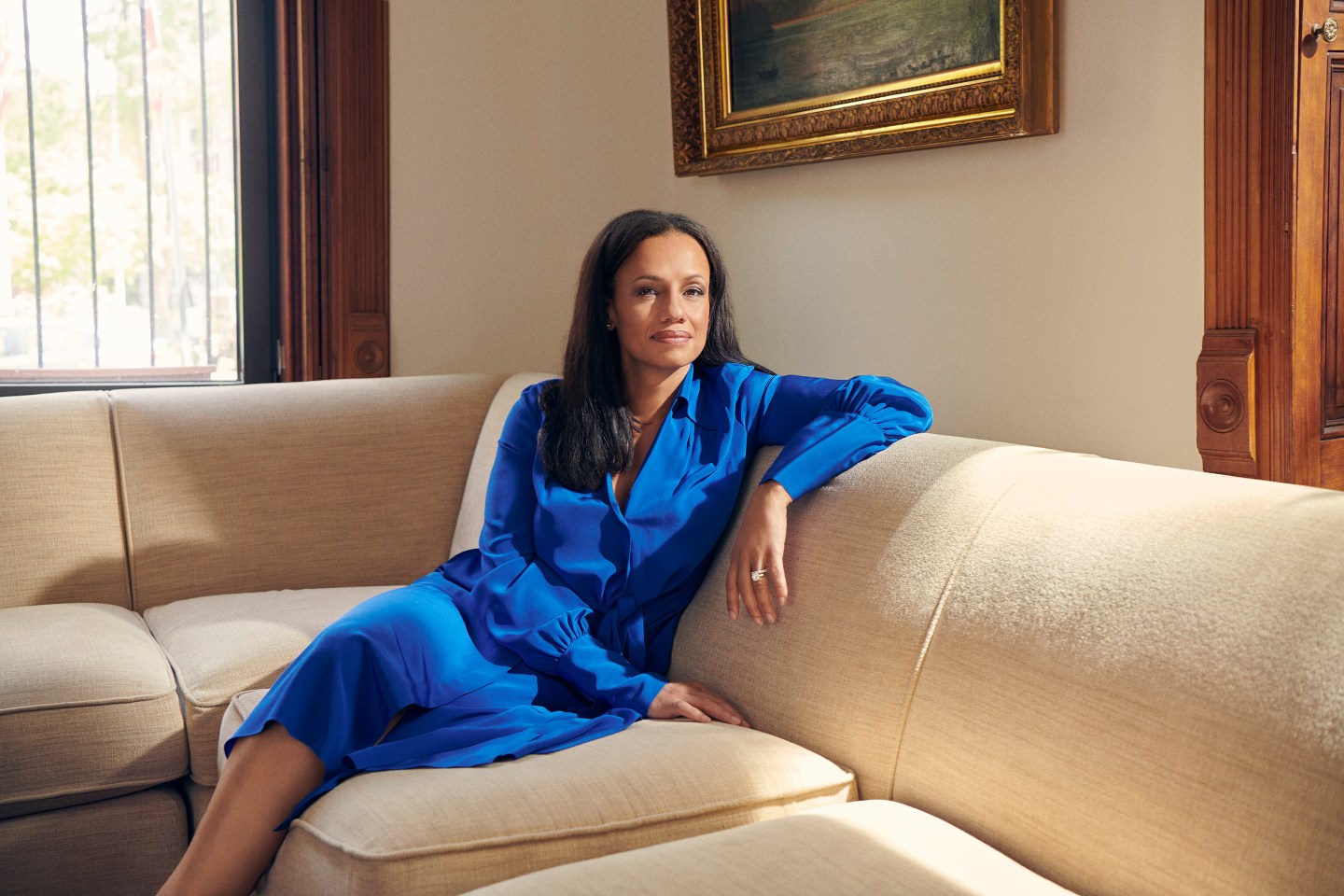 Alexis McGill Johnson, president and CEO of Planned Parenthood photographed at her home in New York, N.Y.
Photograph by Mackenzie Stroh for Fortune

Before Alexis McGill Johnson became the CEO of Planned Parenthood, she was the cofounder of Perception Institute, an organization that advises C-suite executives and other leaders on issues of bias and discrimination. It’s a background that’s serving her well today. Since the May leak of the Supreme Court draft decision overturning Roe v. Wade, her phone has been ringing nonstop.

On the line: CEOs seeking her counsel as they face not only an end to the constitutional protection of abortion rights, but also the growing expectation that they do something about it.

“Businesses have a strategic imperative here,” she says. That imperative? Take action. While companies may have once considered the issue outside their purview, the end of Roe v. Wade will have profound financial consequences, as Treasury Secretary Janet Yellen recently told a Senate committee. Already, state-level abortion restrictions in 2021 cost the U.S. economy $105 billion a year in reduced earning levels and worker turnover and absences, according to a report by the Institute for Women’s Policy Research. After the fall of Roe, 26 states are considered certain or likely to effectively ban abortion.

Loss of access to abortion is likely to have both micro- and macroeconomic effects. Some share of women are expected to leave the labor force. Corporations may have difficulty hiring in abortion deserts. According to a survey by reproductive rights and gender equity organization Tara Health Foundation and research firm PerryUndem, 63% of Americans would not apply for a job in a state that recently banned abortion. McGill Johnson says she has already heard from one CEO who has slowed the timeline on a new set of offices in a state likely to severely restrict abortion after the SCOTUS decision.

Alexis McGill Johnson, president and CEO of Planned Parenthood photographed at her home in New York, N.Y.
Photograph by Mackenzie Stroh for Fortune

This is an issue that affects employees at all levels, she says. That includes low-wage workers—often Black and brown women forced to drive hours out of state to access care—as well as women on the leadership track. “If you don’t trust me to make a decision about my own body, are you going to put me in front of a client?” McGill Johnson asks. “When you don’t allow me full autonomy over my own body, you’re implicitly telling me you think I’m unequal in other ways.”

A minority of employers have so far acknowledged the necessity of weighing in. A handful of Texas-based companies, such as women-led dating app businesses Match Group and Bumble, were among the first to offer to fund travel for employees who must go out of state to access abortion after the implementation of Texas’s six-week abortion ban in September. Since the Supreme Court leak, more have joined their ranks, including Amazon, Apple, Microsoft, and Starbucks.

A standard seems to be emerging: paying for travel over 100 miles for employees seeking reproductive care, and ensuring health care plans continue to cover abortion. But those policies aren’t a silver bullet. Some conservative lawmakers have attempted to criminalize any actions that help a pregnant person “violate” a state abortion ban. While it remains to be seen if such efforts will be enforceable, it’s a tricky moment for employers. “If I were the general counsel of these companies, I would tread quite carefully,” says Katherine Franke, director of the Center for Gender and Sexuality Law at Columbia University.

These policies also trigger employee privacy concerns. “We’re asking people to bring what should be a personal, private decision between them and their provider into the workplace,” says McGill Johnson. Yelp, which also agreed to cover travel costs for employees, is implementing the benefit through its health care plan so that the company won’t be in the loop on who is using it. That approach has a downside: Any part-time, contract, and hourly workers ineligible for company health care can’t access the benefit—an issue that has surfaced at Amazon.

In addition to tending to their own companies’ policies, McGill Johnson urges CEOs to bring their economic clout to bear on the politicians and organizations shaping abortion law. Companies should be asking themselves where “their financial contributions are going,” she says. “What are they doing to influence their chambers of commerce? This is very much a local issue. Where does the value of a company stand nationally, but also locally in state?” Of course, wading into political waters can also be risky. Just ask Disney, which recently lost its special tax status in Florida, after opposing the state’s “Don’t Say Gay” bill.

As McGill Johnson fields questions from other CEOs, she’s also strategizing about the future of her own organization. While the CEO doesn’t like to say that abortion is a small part of what Planned Parenthood does—doing so is stigmatizing, she argues—from a purely business perspective, that has long been the case; abortion accounts for 4% of the services provided by Planned Parenthood. The organization and its 49 affiliates serving 2.4 million people are shifting even more resources to services including birth control, STI testing, and breast cancer screenings. It’s also increasing operations in states that are likely to protect abortion rights, and may therefore be poised for an influx of patients from other parts of the country. At the same time, Planned Parenthood with partners is building what McGill Johnson calls the “Kayak of abortion care,” a website that will help patients understand regulations and find out when and where appointments are available.

Leading through this moment is difficult. Men dominate the C-suite, and many are uncomfortable weighing in—or don’t yet understand why doing so is relevant to their businesses. Women leaders are taking on that burden; McGill Johnson has seen as much at Planned Parenthood, where the emotional demands on her staff are high.

But there’s still time for companies to do more. Says McGill Johnson: “It’s no longer acceptable to say, ‘I’m going to stay neutral on this issue.’”

This article appears in the June/July 2022 issue of Fortune with the headline, “Where we go after Roe.”