The wines that put Napa Valley on the map: Chateau Montelena at 50 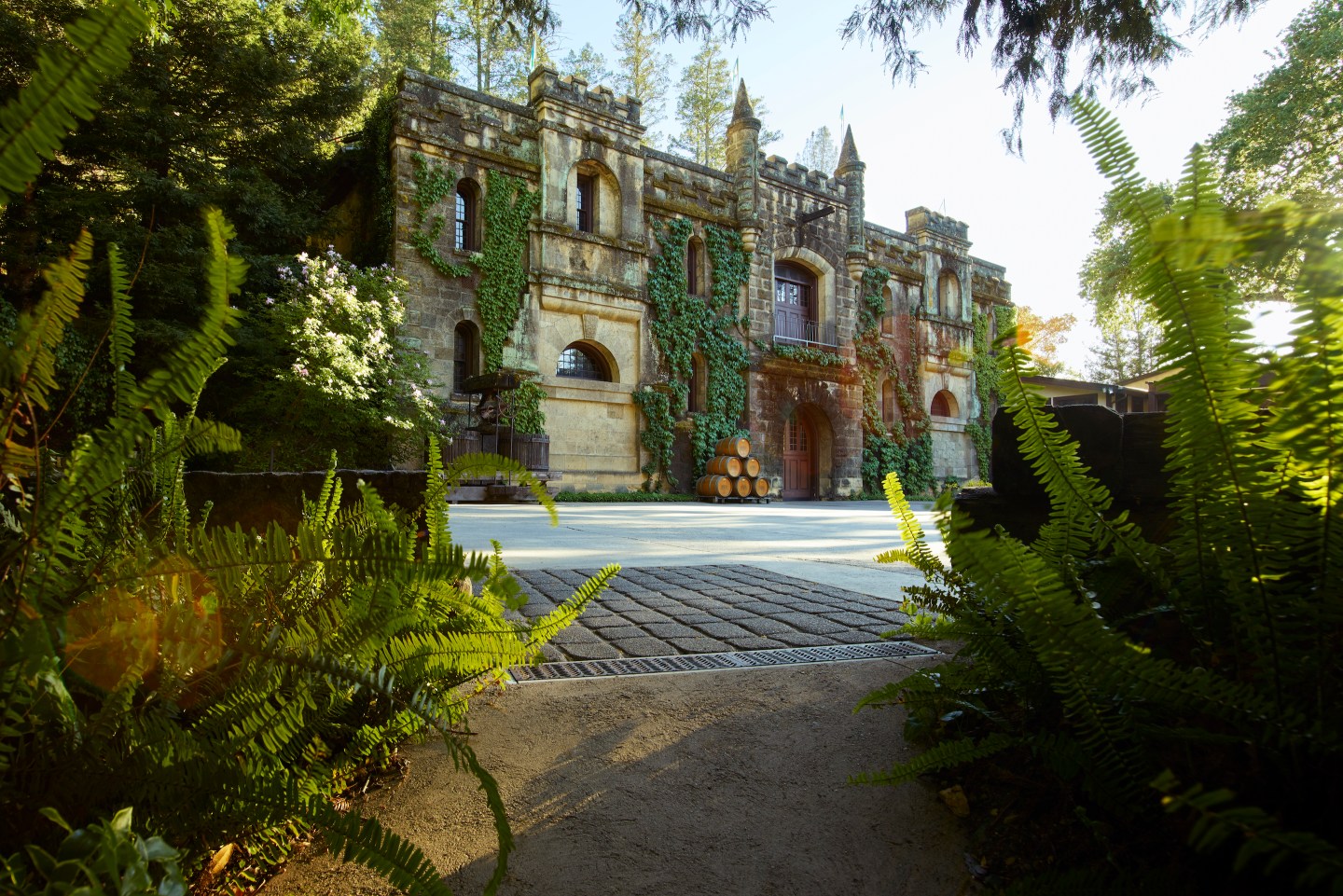 Reservations are required to visit the estate, and all members of the party must be aged 21 years of age or older.
Courtesy of Chateau Montelena

It is a truth universally acknowledged that 2020 was a terrible, horrible, no good, very bad year. There were few silver linings and blessings to come out of that year, but lo and behold, a special anniversary wine out of one of the most famous American wineries is one of them.

While the estate was technically established in 1882, Chateau Montelena is celebrating 50 years under its current ownership since the Barrett family purchased the estate in 1972.

“This is huge for Napa. To celebrate 50 years, it’s a statement,” says Mehdi Eftekari, general manager at the Four Seasons Resort and Residences Napa Valley, which opened last fall in Calistoga, itself a measure of just how profitable and luxurious that Napa has become over the last five decades.

In commemoration of the golden anniversary, the winery made a special 2020 vintage of its flagship chardonnay—crafted as a blend of the three original vineyards that made up the award-winning (and now legendary) 1973 chardonnay. Bottled in March of this year after 14 months of barrel aging in French oak followed by five months in stainless steel tanks, each bottle is hand-waxed and embossed with a special label that will have wine collectors salivating. (One exciting detail: the label alters when chilled, displaying multi-colored fireworks over the emblem of the castle at Montelena.) The limited-edition wine is offered as a 3-pack of 750-milliliter bottles and will be formally released in June 2022.

Reservations are required to visit the estate, and all members of the party must be aged 21 years of age or older.
Courtesy of Chateau Montelena

Chateau Montelena, which along with Stag’s Leap Wine Cellars, produced the two best winning wines at an event now known simply as the “Judgment of Paris” on May 24, 1976, jumpstarting Napa Valley’s wildly successful and influential wine industry as it exists presently.

Part of why it was so surprising, if not downright shocking, that two American wineries won over old world French wine producers is that the business and culture of wine has simply been smaller in the United States, even to this day.

“The whole world wants to sell wine here,” says Bo Barrett, the master winemaker of Chateau Montelena. “This is the best undeveloped market because of prohibition. Americans are still learning how to drink wine.”

Barrett underscores how popular “sweeter” chardonnays and cabernet sauvignons, for instance, are often more popular Americans than wine drinkers in other countries for just that reason: they’re sweeter. But that is not the style of Chateau Montelena chardonnay, which as a lighter, fresher, and drier wine differs greatly from some of the heavier, oakier, and more buttery chardonnays produced in Northern California.

“For us, as classicists, we don’t have to make wine for everyone,” Barrett says. “We make classically styled wines. But what we learn, as Americans, there are paints in our paint box that we just don’t use anymore.”

Chardonnay is the flagship varietal in the winery’s portfolio, but not known to rest on laurels, the objective for the 2018 vintage became how to highlight subtlety and how to tactfully magnify flavors often obscured by sunlight.
Courtesy of Chateau Montelena

When winemaker Matt Crafton joined Chateau Montelena in 2008, he found that the winery was focused on being true to itself, which describes now as “something of an anomaly in Napa Valley.”

“It was all about pretense and show,” explains Crafton, who oversees all production and operations at the winery. “Our mission boils down to keeping it real. We make honest wines. Family-driven, site-driven wines that are aged and are delicious.”

At Montelena, Crafton stresses it’s all about attention to detail and making the best possible wine. While Montelena ships its wine direct to customers as well as retail and hospitality partners across all 50 states and more than 20 countries, its production by the case is much smaller than some of its competitors in Napa. On average, Montelena ships about 35,000 cases per year—what Crafton describes as “a tenth” compared to other family-owned wineries that date back to at least 1972, some of which are shipping upwards of 250,000 to 500,000 cases annually.

Crafton attributes this partially to space. The winery’s caves measure under a mile long altogether, and Crafton appreciates that he can walk through and taste from every barrel as a matter of quality control.

The winery’s management stresses odern technology does not replace people or the art in winemaking, but expands creative potential.
Courtesy of Chateau Montelena

Amid a sales tour throughout Southern California this spring, Crafton recalled a recent conversation with Bo Barrett, who remarked to Crafton, “‘We hit 50 years. No one thought we’d get there.

Crafton replied, “Now it’s about building the next 50.”