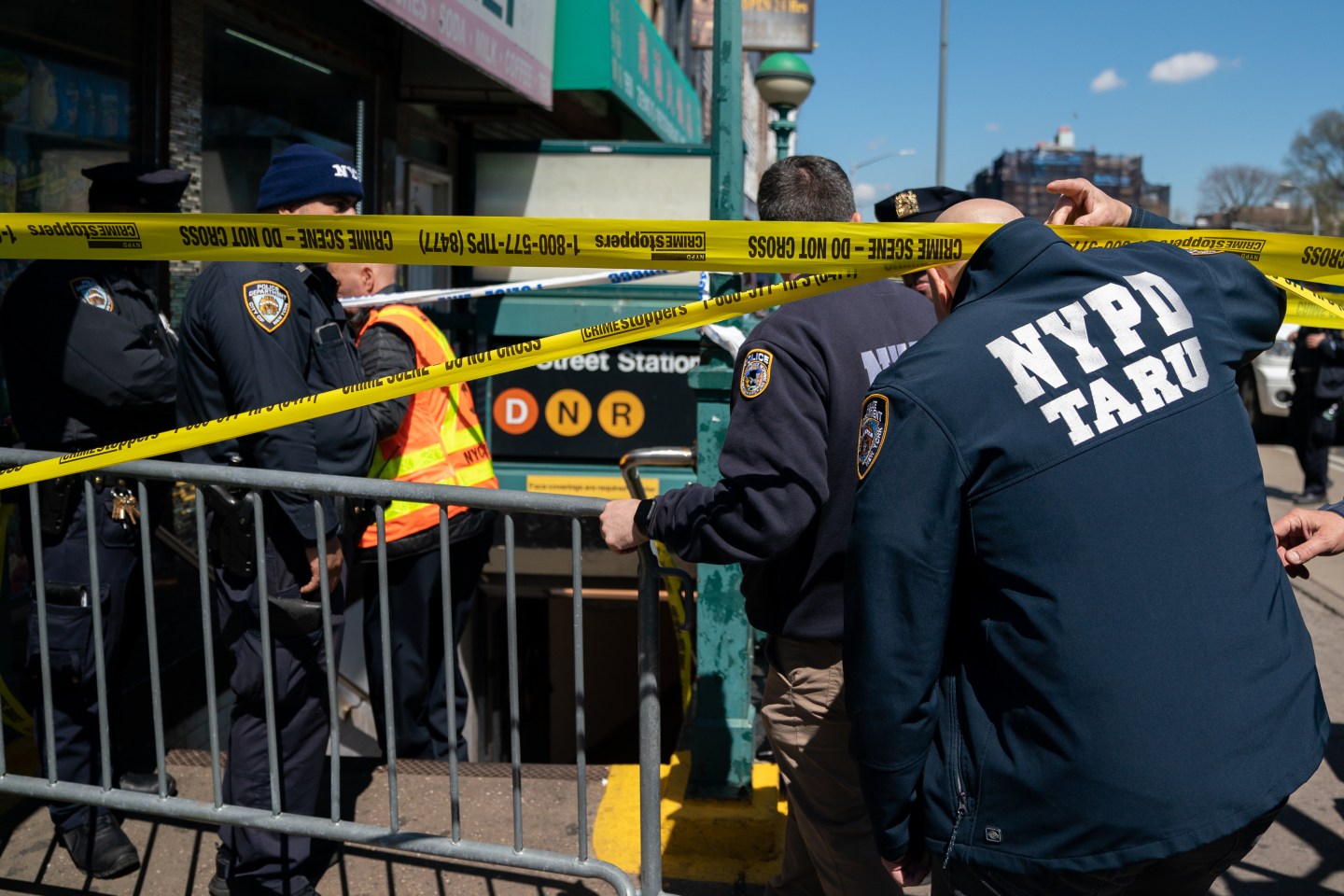 Members of the NYPD gather at the site of a shooting at the 36 Street subway station on April 12, 2022 in New York City.
David Dee Delgado—Getty Images

Uber Technologies Inc. and Lyft Inc. turned off surge pricing in the Sunset Park area of Brooklyn after the ride-hailing giants’ algorithms increased fares in the wake of a shooting on Tuesday.

Rates for a ride on the apps spiked after New York City emergency alerts advised people to avoid the area near the 36th Street subway station where 16 people were injured, 10 with gunshot wounds, and numerous undetonated devices were discovered inside the station.

Surge pricing, which is driven by an algorithm that multiplies fares when rider demand is higher than driver supply, ignited criticism of the rideshare companies’ pricing model on Twitter.

“As always, Uber strives to be a resource for New Yorkers aiming to get around New York City. If anyone on our platform experienced unintended charges during this emergency, we will work to get them refunded,” she said.

Uber has a global security center that operates 24 hours a day, seven days a week and flags issues that could impact businesses and customers. During major emergency events, the company’s policy is to immediately cap trip pricing in the affected area. Customers can also report issues through the app.

A Lyft spokeswoman said the company is also “working to adjust fares for certain riders who paid Prime Time prices when the situation first unfolded.”

—With assistance from Lindsey Rupp.