Russian energy sanctions: The case for an escrow arrangement 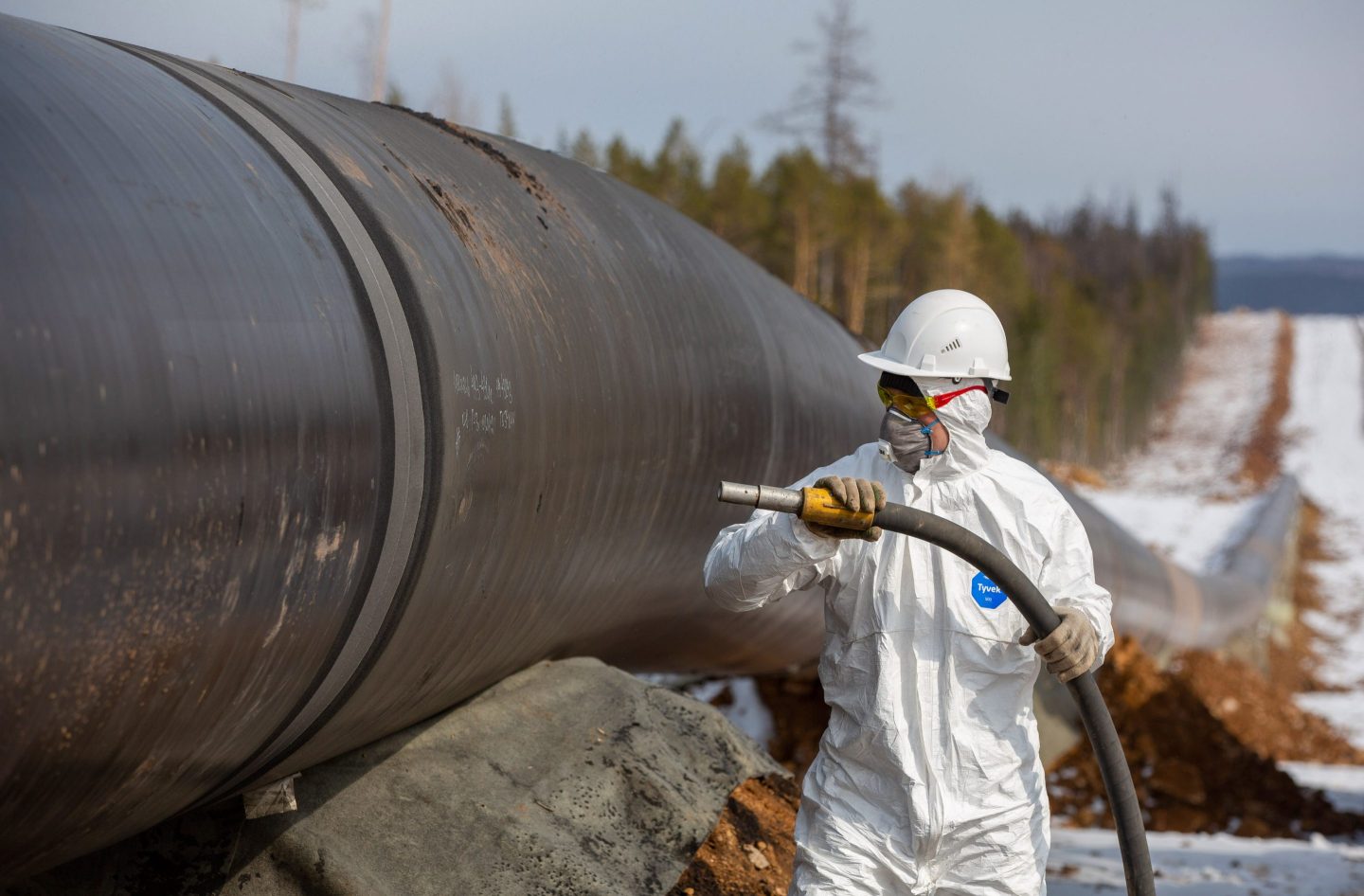 A worker at Gazprom's "Power of Siberia" gas pipeline which runs about 3,000 kilometers (1,864 miles) from the Chayandinskoye and Kovyktinskoye gas fields in the coldest part of Siberia to Blagoveshchensk, near the Chinese border.
Andrey Rudakov - Bloomberg - Getty Images

The European Union has announced a ban on Russian coal imports to punish President Vladimir Putin for his invasion of Ukraine. The bloc may also join the United States in an embargo on Russian oil and gas.

However, there is reason to fear an all-out embargo will be leaky as Russia funnels its crude through China

A better way–one that might strengthen the cohesion of the anti-Putin coalition–would be to allow direct oil sales from Russia to continue but to escrow a substantial percentage of the revenue until Putin’s depredations come to an end.

A blanket embargo leaves Russia with just one buyer with the capacity and willingness to defy an international sanctions regime: China. Beijing has plenty of experience from its trafficking in sanctioned Iranian and Venezuelan oil.

Though illicit Chinese refiners, known as “teapots,” face severe penalties and asset freezes by the United States if caught, the discounts they are able to obtain–and the cover the Communist Party of China provides them–make taking on the oil worth the risk for them.

As Russia’s only available counterparty, China will likely welcome the opportunity to buy at steep discounts all the embargoed Russian oil it can. China could use the crude to meet its own military and economic needs and sell the excess. Beijing has the capacity to erase the chemical fingerprints of the origins of crude through refining. China would thus happily become the main beneficiary of an embargo on Russian oil–a boon to its strategic ambitions and increasingly antagonistic foreign policy.

An alternative approach to an absolute and unconditional embargo on Russian oil and gas isn’t unprecedented. In 1995, the United Nations established the Oil-for-Food Program. The deal allowed Iraq to continue selling oil and escrowed the profits to pay for food and aid for the Iraqi people, who were suffering under strict economic sanctions following Saddam Hussein’s invasion of Kuwait.

The program eventually ended after being exploited by Hussein and UN officials alike. To avoid the same fate, any agreement in Russia should differ in two key ways. First, Russia’s escrowed funds should be placed in accounts in the United States, instead of at the UN. Second, the arrangement should aim to change Russian behavior–not just ease the consequences of Russian action.

The amended plan could start by informing Russian oil and gas producers that the United States will allow companies to purchase all the oil Russians can deliver at current market prices, but Russian sellers would immediately receive, say, $25 per barrel of oil and $4 per MMBtu of natural gas. Buyers would escrow the difference with the U.S. Treasury.

That reserve would be accessible only under certain conditions, including the departure of Russian forces from Ukraine and the setting aside of funds for the care of maimed survivors and orphaned children, and the reconstruction of the public and private infrastructure Russia chose to destroy in its war of naked aggression.

Besides creating a growing pool of money to incentivize desired Russian behavior, an escrow arrangement would cause global energy prices to fall. Some producers may want to keep prices up through an embargo–but most Americans would prefer to spend less on filling their tanks, heating their homes, operating farm machinery, and running manufacturing plants.

Lower energy prices would also expand U.S. and European negotiating options. They would drive a wedge into Russian-Chinese cooperation and free the United States from begging repugnant regimes to accept payment only in dollars for their hydrocarbons.

An escrow arrangement adds a carrot–access to minimal, conditional cash flows–to the stick of a potential full embargo on Russian energy products. Yuriy Vitrenko, the head of Ukraine’s largest state-owned company Naftogaz, supports a full embargo but sees escrowed payments as a potentially useful interim measure. They would also make sanctions easier to sustain if the conflict is protracted.

Most importantly, an escrow arrangement could choke off a pathway for cooperation that enriches brutal regimes–including Russia, China, Venezuela, and Iran–while keeping energy prices higher than necessary for everyone else.

Kenneth Stevens and Patrick Jenevein serve on the Texas State Energy Plan Advisory Committee. Mr. Stevens was a senior advisor to the Department of Energy’s Office of International Affairs under Secretary Rick Perry and Secretary Dan Brouillette. Mr. Jenevein is the CEO of Pointe Bello.