Most Americans say COVID is no longer a crisis. So what does that mean when we’re hit with a new variant? 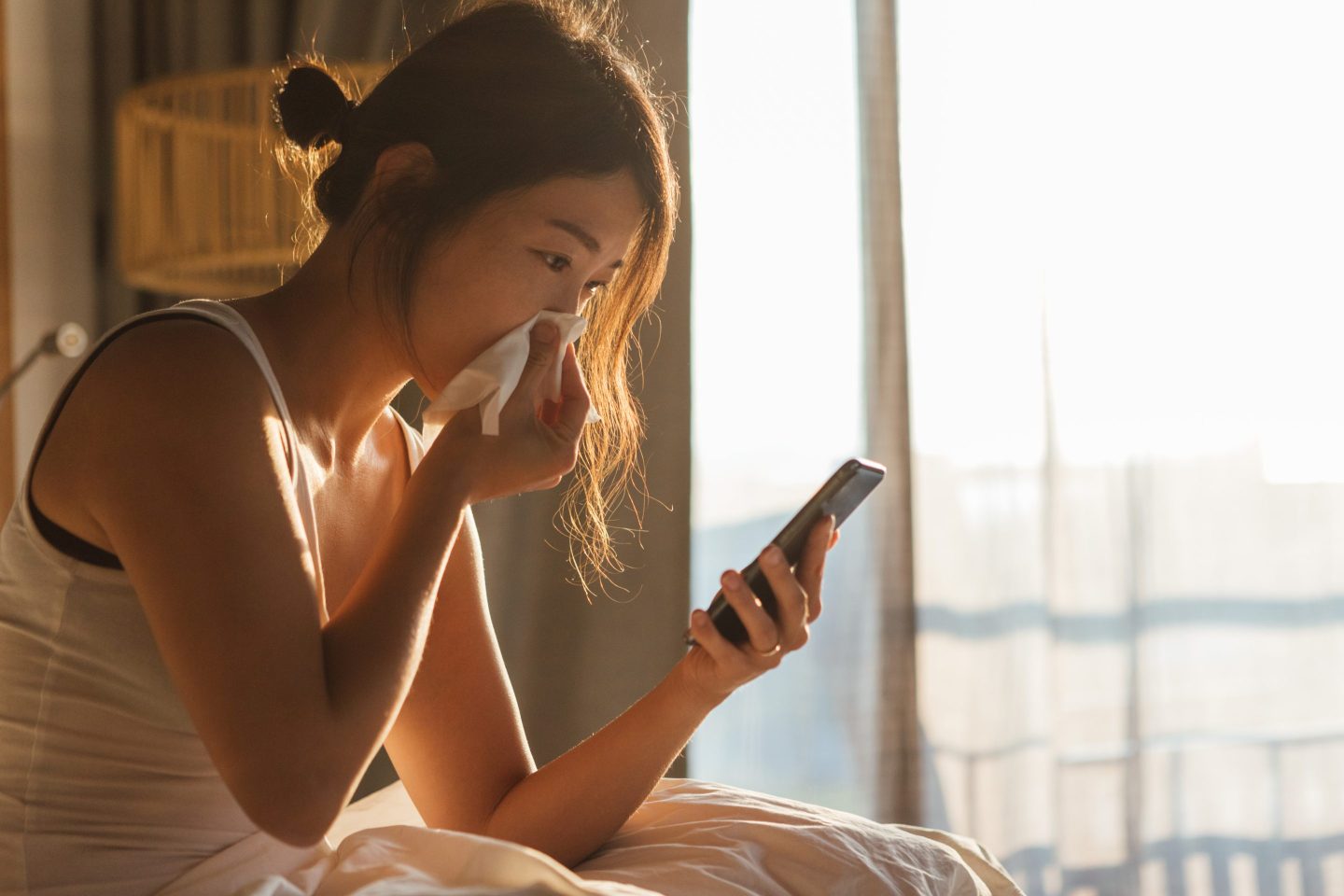 If COVID-19 is no longer a problem, how will we handle the new variants?
Getty Images

Most Americans are increasingly optimistic about the COVID-19 pandemic despite evidence that the virus is widespread and subject to more serious mutations, according to a new poll.

One in ten respondents do not view the pandemic as a crisis and nearly 75% view it as a manageable problem, the poll, by Axios/Ipsos, found.

The findings come at a time when state and local mandates for masking and social distancing have all but disappeared as people seem ready to return to pre-pandemic behavior. As of March 7, New York City no longer requires proof of vaccination to eat out or attend events – a policy matched by most other major U.S. cities.

The survey shows that for the first time, less than half of Americans support their state or local government mandating masks in all public places. In comparison, at the height of the Omicron wave in January, 67% of respondents supported public mask mandates.

Meanwhile, only 22% of people said their employer requires masks in the workplace, a number that is down 17 points from March. The changing perception around masking at work coincides with heightened efforts by many employers to get their staff back to in-person work after two years of working remotely.

Though the poll identified a slight uptick in people’s perceptions around the risks of certain activities, like flying or attending sporting events, it showed the lowest rates of social distancing since last summer. Around two-thirds of respondents reported that they’d eaten out or seen friends in the past week.

Over a third of respondents said they feel they have returned to their pre-COVID lives entirely.

Additionally, more than half of Americans believe that COVID cases, hospitalizations, and deaths are decreasing – data that is unsupported by CDC data, which says those metrics are slightly increasing or remaining the same.

That skewed perception could be the result of wishful thinking, with people interpreting information so that it aligns with what would make them happy, even if evidence points elsewhere. It’s an idea proposed by philosopher and cognitive scientist Paul Thagard in his paper The Cognitive Science of COVID-19: Acceptance, Denial, and Belief Change, from November.

The general trend toward COVID acquiescence and the belief that widespread transmission is unavoidable could be dangerous, considering that it’s possible that a more deadly variant than Omicron could emerge in the coming months. Dr. Anthony Fauci said last week that a surge is likely in the fall.

He added that it would be unsurprising for cases to increase in the coming weeks as the BA.2 Omicron variant —“stealth Omicron”—becomes the dominant strain spreading globally and in the U.S. In a sign of its spread, on Monday Philadelphia became the first major city to reinstate its indoor mask mandate.

The Axios/Ipsos data also reveals partisan perceptions of the pandemic that have persisted since early 2020: Republicans were 10times more likely to say that COVID is not a problem than Democrats.