Lessons from the dustup at Disney: How CEOs can stand up for their companies’ values 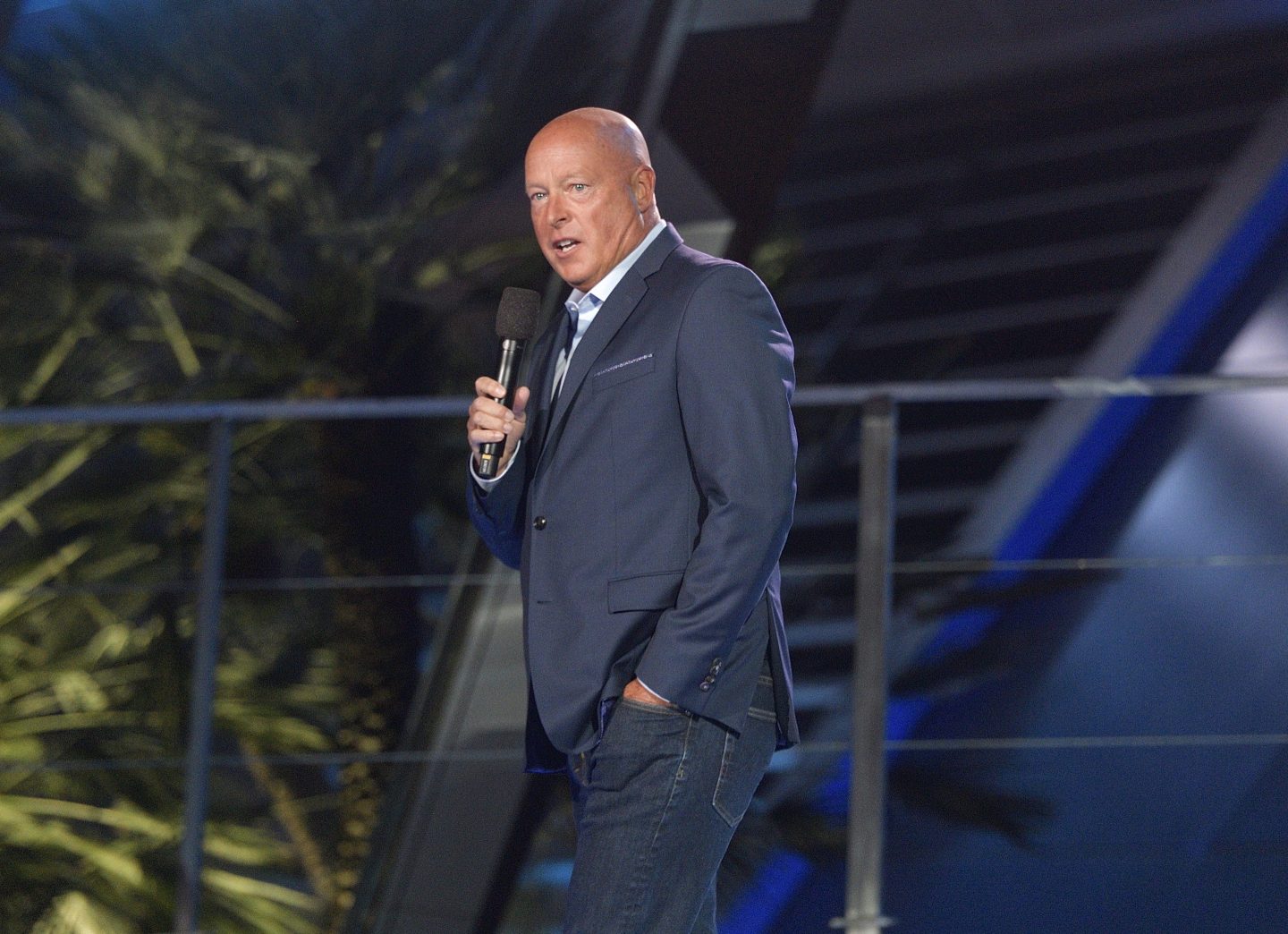 Bob Chapek, CEO of the Walt Disney Co., in a June 2021 photo. “The mess that Chapek finds himself in could have been avoided by recognizing that Disney’s brand stands for acceptance of all children for who they are,” writes Bill George.
(Photo by Jeff Gritchen/MediaNews Group/Orange County Register via Getty Images)

The most vexing question facing CEOs today is, Should I speak out on public issues?

As CEO of Disney for 15 years, Bob Iger was a prominent public figure who was quite outspoken on such issues. When Bob Chapek became his successor in January 2021, Chapek resolved not to take a public position on controversial issues, recognizing that there were many pitfalls in doing so, such as offending employees, customers, and public officials on opposite sides of any given issue. Thus, when the Florida legislature proposed the Parental Rights in Education bill restricting discussion of sexual identity in schools, Chapek stayed quiet. Meanwhile, 150 companies signed a letter opposing the legislation, which was labeled by opponents as the “Don’t Say Gay” bill.

Disney currently has 80,000 employees in Florida and has announced plans to move an additional 2,000 employees from its Burbank, Calif., headquarters to Orlando. To encourage this move, Florida Gov. Ron DeSantis and the Florida legislature granted Disney $580 million in tax breaks over a 19-year period.

Now Chapek is embroiled in a mess where he cannot win either way.

Disney has a long history of supporting the LGBTQ+ community. Feeling their CEO had not supported them on the critical Florida legislation, Disney’s LGBTQ+ employees staged a massive walkout. On March 9—the day of Disney’s annual shareholder meeting—Chapek reversed course and publicly opposed the Florida bill. The following day, DeSantis struck back, referring to the company as “Woke Disney.” On March 11, Chapek sent an email to 200,000 employees apologizing for his missteps. At a town hall meeting the following week, he told them, “I understand where we have made mistakes.”

Then Iger tweeted his opposition to the bill, writing, “This bill will put vulnerable, young LGBTQ people in jeopardy.” Next, Iger appeared on CNN+, saying, “These issues are not necessarily political…It is about what is right and what is wrong, and that just seemed wrong. It seemed potentially harmful to kids.” In response to Disney’s new opposition to the bill, DeSantis is threatening to take away Disney World’s “special governing status,” which it has enjoyed since it created the Orlando site more than 50 years ago.

CEOs today have powerful voices and the ability to impact important issues. They are faced with an endless number of public issues on which their stakeholders and other advocacy groups would like them to engage. Consumer companies like Disney are especially vulnerable as their customers have strong views on issues, and rarely have a uniform position.

CEOs cannot speak out on all of them, or they lose their relevance. As the Disney case illustrates, they will be criticized whether they speak out or not. With increasingly aggressive politicians challenging them, real money is at stake—not just public opinion.

How should they decide?

They should start with their mission and values. If an issue relates directly to their mission, it is incumbent on CEOs to have a position. If companies have stated values about the importance of diversity, then they should line up in supporting their people. If sustainability is their focus, then they should be advocates for preventing the negative impact of climate change.

When vaccines became available in early 2021, Houston Methodist CEO Mark Boom, M.D., mandated that all employees had to be vaccinated, the first organization to do so. That action resulted in the company terminating 153 employees who refused, but it ensured patients that their doctors, nurses, and other health care workers were safe.

Levi Strauss CEO Chip Bergh believes CEOs should take on issues that are directly relevant to their customers so that their brand stands for something. As the leader of a company that serves younger, socially aware consumers, Bergh has been outspoken about hot-button issues like gun control, climate change, and paid family leave.

CEOs must respond when the issue directly impacts their company. When two Black men were arrested for “loitering” in a Philadelphia Starbucks store, founder Howard Schultz recognized that this action was contrary to Starbucks’ value of welcoming and including everyone. He immediately flew to Philadelphia, apologized to the men, and made a financial settlement. Then he went on national television, telling CBS’s Gayle King, “When I first saw the video, I was sick to my stomach. I was embarrassed and ashamed. This is the antithesis of what Starbucks stands for. It is undeniable that I am personally responsible.”

As Delta’s Ed Bastian learned in 2018 when he canceled airline discounts for NRA members in the wake of the Parkland, Fla., school shooting, taking action can have negative consequences. When legislators in Delta’s home state of Georgia took away a tax credit for jet fuel worth more than $35 million annually, Bastian didn’t flinch. Instead, he said, “Delta’s values are not for sale.” Legislators later restored the tax credit. Again in 2021, Bastian was outspoken against Georgia’s new voting laws, which he believed made it more difficult for people of color, including his employees, to cast their votes.

The mess that Disney’s Chapek finds himself in could have been avoided by recognizing that Disney’s brand stands for fun for children and acceptance of all children for who they are. Anything that harms them, as Iger said, is a matter of right and wrong. The same goes for Disney’s very diverse workforce, which has many LGBTQ+ employees. While it is likely Chapek still would have been criticized by Florida’s governor, some parents, and some employees, he would have maintained his brand’s integrity and his company’s values.

Bill George is the author of Discover Your True North, a senior fellow at Harvard Business School, and the former chair and CEO of Medtronic.