Disney divided: CEO feuds and staff walkouts are rocking the House of Mouse 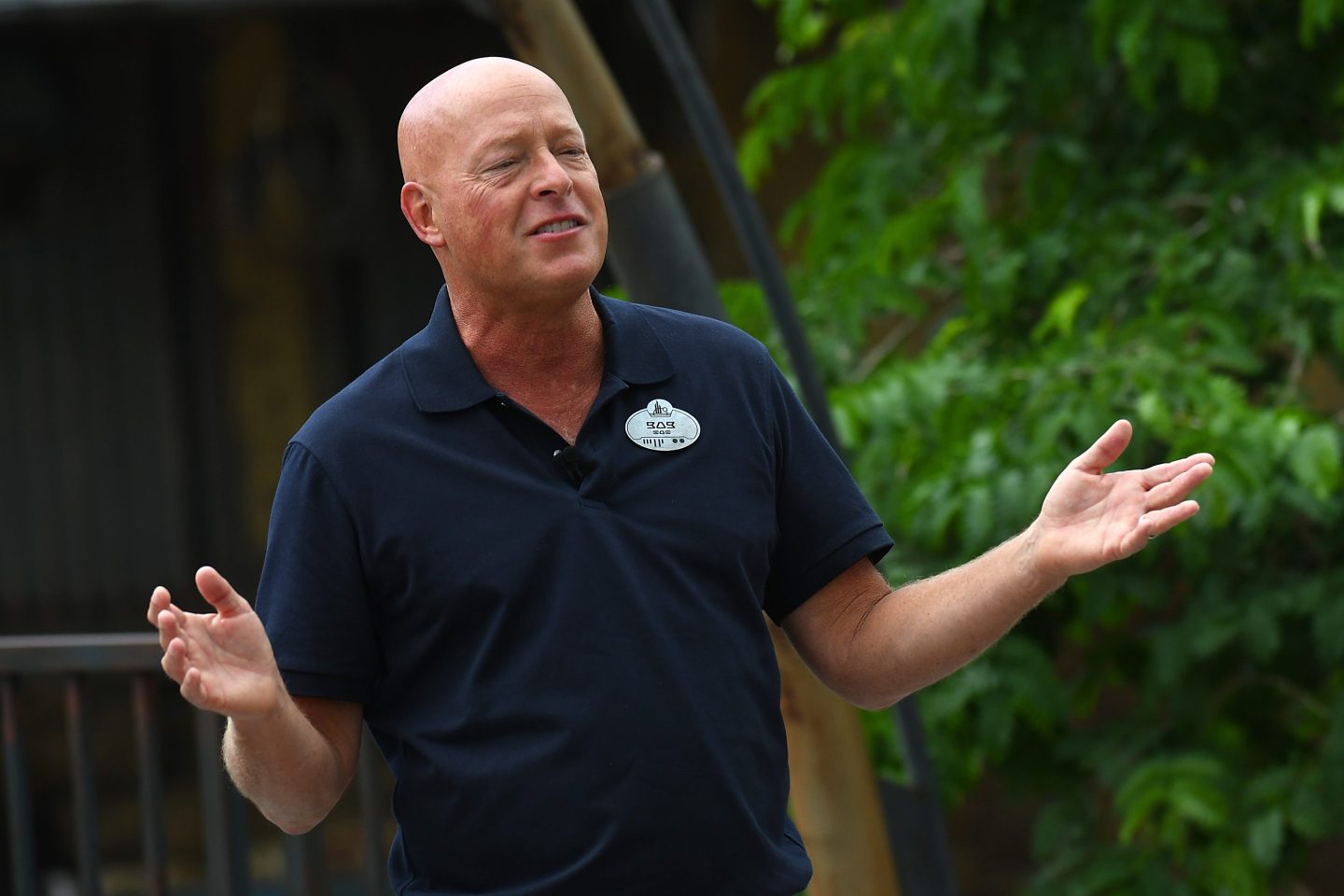 Disney chief executive Bob Chapek has been embroiled in controversy in the past couple of days over an insufficient response to the “Don’t Say Gay” bill.
Gerardo Mora—Getty Images

Disney chief executive Bob Chapek is facing a roller-coaster week with scheduled staff walkouts coming hot on the back of revelations surrounding the breakdown of his relationship with former mentor and legendary CEO Bob Iger.

Chapek has faced major internal blowback over an insufficient response to the “Don’t Say Gay” bill—potential legislation that would prohibit classroom discussion of sexual orientation or gender identity in Florida’s primary schools and that President Joe Biden described as “hateful.”

Disgruntled staff held brief walkouts last week, with a “full day walkout” scheduled for Tuesday, while a site called WhereIsChapek.com has amassed around 200 anonymous testimonials from employees expressing disapproval over Disney’s reaction to the Florida law.

But the outcry only scratches the surface of the turmoil inside the House of Mouse, according to a new report by CNBC.

Ex-CEO Iger, who successfully led Disney for 15 years before handing the reins to Chapek, has seen his relationship fall apart with his handpicked successor, leading to awkward tensions, staff complaints and power struggles.

Iger, once named “Hollywood’s nicest CEO” by the New York Times, has been notably separated in conversations with his former prodigy, and rarely speaks to Chapek on Disney’s decisions.

That’s brought into question what the future of the entertainment powerhouse will look like going forward, with Chapek’s contract ending early next year.

According to CNBC, the relationship between the two Disney leaders soured after Iger—who stepped down from his CEO post in February 2020—announced he wasn’t going to leave the company as the pandemic hit.

“A crisis of this magnitude, and its impact on Disney, would necessarily result in my actively helping Bob [Chapek] and the company contend with it, particularly since I ran the company for 15 years!” Iger said in his email.

Chapek, however, was said to be “furious” with the message, having expressed no desire for help, and felt Iger was postponing his retirement once more, effectively reducing him to second-in-command.

Iger has stayed on at the company as executive chairman and chairman of the board during the transition period through 2021.

Both Chapek and Iger were united in their vision to speed up the pace of Disney’s digital transformation.

Chapek, however, has taken a more aggressive stance, which has ruffled executive feathers.

Eight months after taking over as CEO, Chapek announced he was strategically reorganizing the company’s media and entertainment businesses, and centralizing budget power under his right-hand man Kareem Daniel.

In doing so, he took away profit-and-loss power from many of Disney’s veteran division leaders and consolidated all that control under Daniel.

“The new Media and Entertainment Distribution group will be responsible for all monetization of content—both distribution and ad sales—and will oversee operations of the Company’s streaming services. It will also have sole P&L [profit and loss] accountability for Disney’s media and entertainment businesses,” the company said in a statement in October 2021.

The decision went against what Disney has done for decades and was met with instant backlash from longtime Disney employees, according to CNBC, who saw their budget responsibilities stripped away.

The move was made to streamline Disney content decisions, where Chapek and Daniel can decide on all Disney controlling budgets and where the content ends up—whether it be streamed online or put into theaters (a move which previously got Disney into trouble with Marvel actress Scarlett Johansson).

Tensions within the Disney camp have been further heightened over the “Don’t Say Gay” bill, with staff reportedly voicing their dissatisfaction directly to Iger.

After the initial outcry from employees and fans, Chapek apologized for his mute stance on the bill.

“Speaking to you, reading your messages, and meeting with you have helped me better understand how painful our silence was,” Chapek said.

“It is clear that this is not just an issue about a bill in Florida, but instead yet another challenge to basic human rights. You needed me to be a stronger ally in the fight for equal rights, and I let you down. I am sorry.”

LGBTQIA+ workers at the company issued a response to the apology, saying in an an open letter, “While we certainly appreciate Bob Chapek’s apology note, there is still more work to be done.”

Prior to the apology, divisions within Disney had taken their own actions against the bill—a deviation from Iger’s style of communication, where most of Disney’s stances on political and social issues would come directly from him.

Last Tuesday, Marvel Studios, which Disney acquired in 2009, wrote on its Twitter account: “We strongly denounce any and ALL legislation that infringes on the basic human rights of the LGBTQIA+ community.”

Lucasfilm, the studio making the Star Wars franchise, which Disney acquired in 2012, posted a similar message to its Instagram, denouncing the Florida bill and similar measures in Texas and Idaho.

For those wondering if Disney’s former chief executive would have done better, he already did—tweeting on Feb. 25, almost a month before the controversy began.

Several longtime Disney employees said Chapek’s handling of the situation led to “the worst week they’ve ever had working at the company,” according to a report by Deadline.

The controversy also brought into question Chapek’s decision to move 2,000 employees to Florida where the bill might be passed into law.

In July 2021, Chapek decided to move 2,000 of his Imagineers, a group of engineers and designers working on Disney’s theme parks, from Southern California to a new corporate complex in Orlando.

The move was reportedly made to centralize park operations and take advantage of lucrative state tax credits.

Disney could get an estimated $570 million in tax breaks over 20 years, according to the Wall Street Journal, which led to some of the Imagineers coining the nickname “Bob PayCheck.”

Disney gave employees a December 2024 deadline to make the cross-country switch, and there have been reports that if employees do not move down South, they may have to forfeit their severance.

After the “Don’t Say Gay” bill controversy began, one employee whose division is moving to Florida wrote on WhereIsChapek.com that workers were “being asked to relocate our families to a state that does not promote equality or support basic human rights.”

Disney is trying to quell all internal uproar by hosting a March 21 town hall meeting to discuss the subject with employees.

Ultimately though, Chapek’s future will be decided on how his business and leadership strategy fares, and so far, he’s kept investors happy.

Its shares are also selling at around the same price as in February 2020, before the handoff between CEOs occurred.