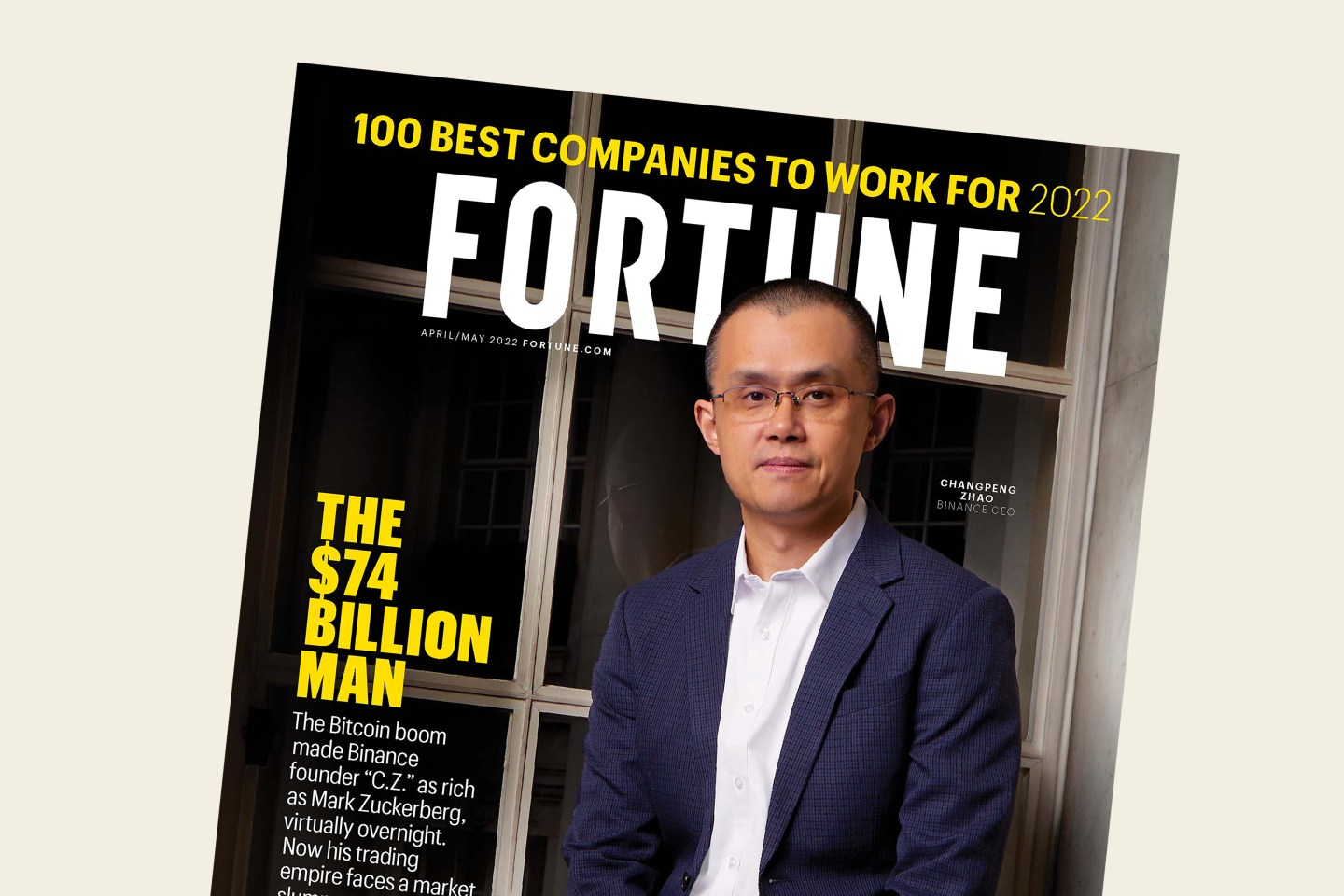 When Mark Zuckerberg launched Facebook, he coined a now infamous internal motto: “Move fast and break things.” Innovation, he meant, requires trial and error. Error was welcomed and even encouraged—even if it came at a cost to users.

Since then, Zuckerberg’s motto has evolved. (In 2014 he changed it to the more user-friendly, if less memorable, “Move fast with stable infrastructure.”) But his playbook is still gospel for many founders. Uber’s Travis Kalanick used it to scale his ride-hailing service faster than his regulation-abiding rivals. Instead of waiting to follow a city’s rules, he’d charge in with fleets of drivers, then battle regulators to keep them in place.

Crypto founders are following suit. But in Web3, things move and break even faster. Startup valuations are exploding, and founders who don’t wait reap big rewards.

In our cover story, Vivienne Walt profiles Binance founder Changpeng “C.Z.” Zhao. He launched his crypto-trading platform in 2017: It now regularly trades $70 billion a day, and on a good day for Bitcoin, Zhao’s net worth rivals Zuck’s.

His strategy, as one analyst describes it: “We’ll do what we want until you make the rules.” In contrast, Binance rival Coinbase “dotted every i and crossed every t” and fell behind despite a five-year head start.

The “move fast” strategy is not without cost. Customers become guinea pigs upon which product kinks are worked out in real time.

Zuckerberg unwittingly built a misinformation weapon that can be targeted at billions of users. Kalanick built a cutthroat corporate culture that led to user protests and ultimately his own ouster.

OpenSea, the eBay of NFTs, has scaled up and broken things just as quickly, while also reportedly turning its young founders into billionaires. Jessica Klein reports that OpenSea had only 7,000 active users in January 2021. This January, it had nearly 550,000, and hit a record of $5 billion in monthly trading volume. But customers have experienced widespread fraud, theft, and technical issues, and the company is scrambling to plug the leaks.

Zhao is hopeful he can avoid the fate of fast-moving predecessors by buttoning up with regulators now. “We’re not dodging anywhere,” he told Walt. “We’re engaging everywhere.” If he can’t, at least he’ll have Zuckerberg-level billions to fall back on.

Some companies, at least, continue to do well by doing right by their customers and their employees. This is the 25th year of the Fortune 100 Best Companies to Work For feature, and four companies have made the list every year. Beth Kowitt explores the secret sauce of two of them, grocery giants Wegmans and Publix.

And MacKenzie Scott, formerly Bezos, is doing good after doing well—flipping the world of philanthropy on its head by giving her fortune away as fast as possible. Maria Aspan and Emma Hinchliffe follow the trail of the world’s most mysterious and generous woman.

We hope you enjoy!

A version of this article appears in the April/May 2022 issue of Fortune with the headline, “Move even faster, break more things.”