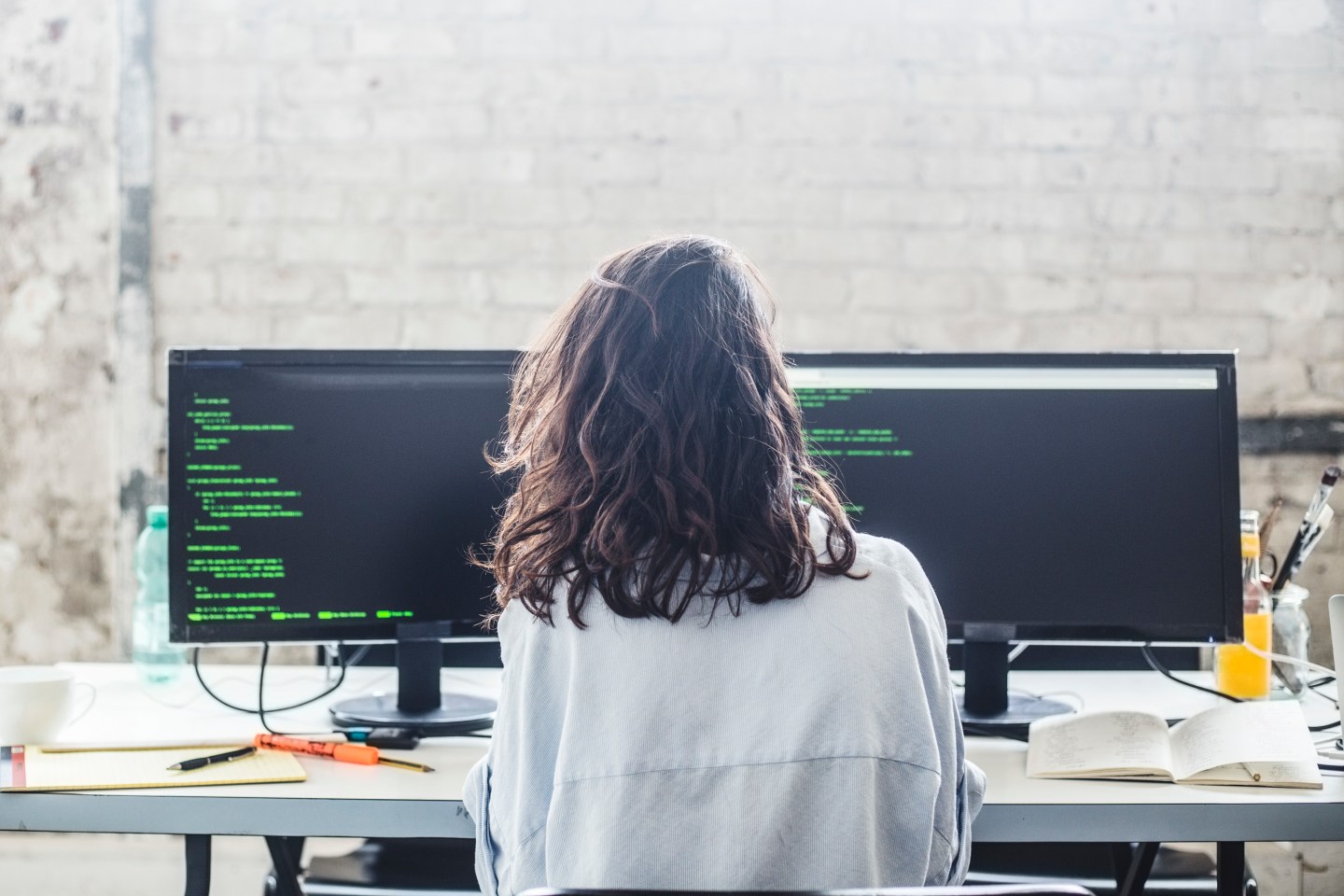 Several former employees of the A.I. company DeepMind, which is owned by Google-parent Alphabet, have accused it of mishandling serious allegations involving sexual assault, harassment, and bullying.
Getty Images

Several former employees of the star artificial intelligence company DeepMind, which is owned by Google-parent Alphabet, have accused the company of mishandling serious allegations involving sexual assault, harassment, and bullying, according to reporting by the Financial Times.

At the center of the allegations is a former DeepMind employee, identified by the FT with the pseudonym Julia, who in December 2019 filed an internal complaint that she had been sexually assaulted twice by a senior researcher at the company—and that the senior researcher had sent her messages in which he threatened suicide and alluded to previous instances of rape and other inappropriate behavior. In addition to Julia’s case, a trade union said that it had helped advise at least four other DeepMind employees on complaints of sexual harassment and bullying.

The company said in a statement to Fortune that it “takes all allegations of workplace misconduct extremely seriously and we place our employees’ safety at the core of any actions we take.” It said it investigated Julia’s case, and that a person was dismissed without severance as a result.

The London-based A.I. company, which Google purchased for a reported $650 million in 2014, is known for having achieved a string of breakthroughs, including creating A.I. software capable of beating the world’s best human players at the strategy game Go and creating software that can predict the complex shape of proteins based on its genetic sequence. DeepMind is one of a handful of commercial research labs at the forefront of the increasingly vital technology and has as its stated purpose the creation of artificial general intelligence, a kind of A.I. that could perform a wide range of tasks as well as or better than humans can.

In recent years, the company has grown rapidly, and now employs more than 1,000 people across at least five cities besides London, including Mountain View, Calif., where its parent company Alphabet is based, as well as in Paris, and both Montreal and Edmonton, in Canada.

The case of Julia

The DeepMind employee identified as Julia published an open letter on Wednesday to her former colleagues at both DeepMind and Alphabet on the blog site Medium. In it, she alleges DeepMind mishandled her complaint about the senior researcher’s conduct, taking too long to investigate her allegations and not doing enough to safeguard her from her alleged attacker.

“Though I had concrete evidence and reported my ongoing harassment to DeepMind HR, they took almost a year to resolve my case,” she writes in the letter. “Despite years of pledges to ‘do better,’ my case convinced me that Alphabet’s HR (aka People & Culture) practices remain grossly inadequate.”

She said she was writing the open letter anonymously to both protect her privacy and “forestall complaints that victims who come forward are ‘attention seeking.'”

DeepMind said in a statement that it had thoroughly investigated Julia’s allegations and dismissed the individual who was investigated without any severance payment.

“We expect everyone—regardless of their role or seniority—to behave in a way that lives up to our values,” the company said. “We’re sorry that our former employee experienced what they did and we recognize that they found the process difficult.”

The FT said that it took DeepMind seven months, until July 2020, to resolve Julia’s complaint. She was forced to appeal against the conclusions of an initial investigation, which had finished in May 2020, and the senior researcher was not dismissed until September 2020. Until then, the employee told the FT, there were no restrictions placed on her alleged attacker, who had continued to contact her while her grievance was being investigated. She had been told not to enter the building where the researcher worked for her own safety, but she was also told she could not tell anyone—including her manager—about her complaint. As a result her manager repeatedly pushed her to attend meetings in the building where her harasser was based.

DeepMind denies that there were no restrictions placed on the employee under investigation, saying that he had been told to have no further contact with Julia as early as September 2019.

Two other former DeepMind employees spoke to the FT anonymously and told it the company prioritized protecting its own brand and the reputation of its top researchers over the safety of potential victims. In addition, the FT says the letter from Julia that it saw referenced two other cases of sexual harassment and two of bullying, involving different perpetrators, that were also mishandled.

Matt Whaley, a regional officer for Unite the Union, a trade union that has been trying to organize workers in the tech sector, told the FT that he has advised five DeepMind employees on informal complaints of sexual harassment as well as several bullying allegations since 2018, including those of the woman the paper identified as Julia. When contacted, he told Fortune that Julia’s case was not even the most egregious he had dealt with involving DeepMind but that he was barred from saying more due to non-disclosure agreements.

Whaley said he thought there were particular cultural issues at both DeepMind and Alphabet. “In my experience, they have not moved as quickly as maybe they should have in investigating complaints and the individuals I have assisted have been left with the perception that the desirability of the perpetrator’s technical skills have overridden the employees’ concerns and their safety,” he said.

Both Julia, in her open letter, and Whaley in speaking to Fortune, said that DeepMind and Alphabet may be deliberately slow in investigating employee grievances in the U.K. in order to prevent employees from taking these cases to official government employment tribunals. In Britain, employees have “three months less one day” from the last incident giving rise to a claim to bring a case to a tribunal. After that, they can only seek redress in the courts through a privately-funded lawsuits, which can be expensive and risky, because in the U.K. the losing side must pay the winning side’s legal costs.

The company said in a statement that “it is wrong to suggest that DeepMind deliberately draws out the investigative process in order to ensure that employees could not take the matter to the employment tribunal – either in this case or any other.”

Unrelated to Julia’s case, DeepMind co-founder Mustafa Suleyman left the company in 2019 following an independent investigation into allegations that he harassed and bullied employees. Suleyman later publicly apologized, saying he “really screwed up” and had been too “demanding and pretty relentless.”

DeepMind said it has made several changes to its policies and practices following the conclusion of the initial investigation into Julia’s complaint in May 2020. It said these included better communication with employees about how to raise concerns; enhanced annual training for managers and employees on limiting unconscious bias; additional training for the employees who investigate complaints and concerns; and increased support for employees who raise concerns while an investigation is on-going.

But the woman who the FT calls Julia writes in her open letter that she asked DeepMind and Alphabet to make a number of other changes to its policies and procedures and that the company had taken no action to implement these.

The steps she would like to see the company take include committing to resolve grievances within two weeks, and never more than two months. She also asked the company to end non-disclosure agreements for victims of workplace harassment, to put in place more emphasis on victim safety in the grievance process, to commission regular external audits of its HR practices to assess their fairness and to publish these audits internally, and to implement better anonymous reporting structures for complaints.

She writes that she spent nine months after the resolution of her case trying to get DeepMind to commit to implementing these reforms without success. She said she was now publishing the open letter in the hopes that current employees would push for these changes and that external publicity might put additional pressure on DeepMind and Alphabet to take action.

Correction, March 30: An earlier version of this story misreported the time window an employee has to bring an employment tribunal claim under U.K. law. The story has also been updated to include DeepMind’s response to allegations that it might intentionally drag out internal investigations in order to run the clock down on this window for filing a tribunal claim.