To support Ukraine, the West must unleash the full power of the IMF and World Bank 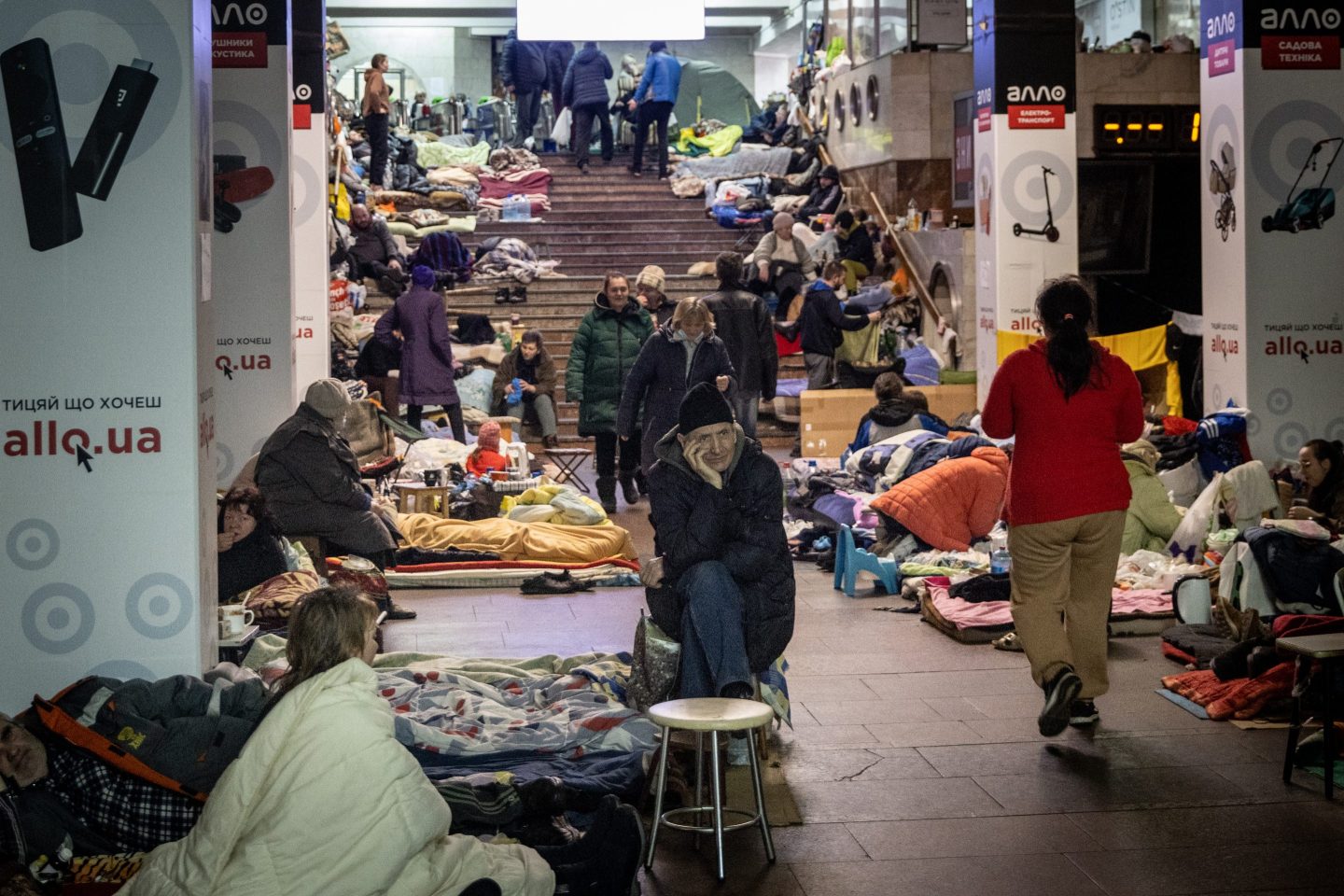 Residents of Ukraine's second city of Kharkiv shelter in a subway station on March 28. More than half of Kharkiv's 1.4 million people have fled the city since Russia's invasion started on Feb. 24.
Chris McGrath—Getty Images

As Russia continues its deadly onslaught in Ukraine, U.S. and NATO policymakers are navigating a tight balancing act. They must signal their resolve to help Ukraine, deter additional Russian moves westward, and avoid a direct military confrontation with a nuclear power.

Sweeping U.S.-led sanctions against Russian elites and their assets were enacted to squeeze Russia’s economy and military might. Last week, President Biden announced an additional $800 million in military assistance for Ukraine on top of a $13.6 billion package that cleared Congress.

Several critics have called for more military support, whether by establishing a no-fly zone or providing Ukraine with additional weaponry. However, there is another tool that the West has yet to take full advantage of–a non-military option that minimizes the risk of escalation but can have a tremendous role in sidelining Russia’s war machine: International financial institutions.

U.S.-dominated international financial institutions (IFIs) such as the International Monetary Fund (IMF) and World Bank are deep reservoirs of Western power. Whereas IFIs have traditionally assumed the role of facilitating international trade, ensuring stable exchange rates, and promoting the American development model, their potential as tools of warfare is underappreciated. Aside from sanctions against Russia, IFIs may prove to be the most significant source of financial leverage that the U.S. and its allies can deploy.

IFI loans provide general budget support, meaning the Ukrainian government has flexibility in how they spend the funds. World Bank funds could be spent to bolster sanitation, healthcare, and electricity that have come under attack. Such services are essential for Ukraine to mount an effective defense. IMF rapid financing offers Ukraine more flexibility as the only condition is that funds be used to support “vital functions of the State,” which may encompass the procurement of military equipment as well as the support of key public services, including the payment of wages to public servants.

Funding the Ukrainian war effort indirectly through IFIs offers two main virtues. First, it provides the U.S. and its allies political cover that lessens the risk of military escalation. The World Bank and IMF both have memberships encompassing 190 countries (including Russia and its allies), and lending packages must clear a Board composed of representatives from these countries.

Such a broad endorsement may limit the potential for misperception by Russia, who may be less likely to view loans from international organizations as an escalatory form of American involvement in Ukraine.

Second, and most fundamentally, these packages would address economic instability. The IMF reported last week that the Ukrainian economy could shrink by 35% in 2022.

Both the Fund and World Bank possess extensive expertise in economic crises, including in war-torn regions. Given the physical and economic damage Ukraine has suffered, these institutions could play an integral role in helping to stem economic turmoil both now and in the future. An economically depleted population may struggle to resist the Russian invasion, and public utilities and infrastructure must remain operational.

IFIs are already beginning to step up. Earlier this month, the IMF Board approved $1.4 billion in financing for Ukraine under its Rapid Financing Instrument. The fast disbursement of such robust support to a country engaged in active interstate conflict is virtually unprecedented.

Most IMF lending aims to address longer-run macroeconomic imbalances in exchange for policy reforms in the target state, and such loans can take months to clear the board under normal circumstances. Past rapid financing loans are dwarfed by the Ukraine package, with most falling in the range of $200-400 million. The World Bank has similarly mobilized $700 million in fast-disbursing supplemental budget support for Ukraine and approved an additional $200 million last week.

Still, these institutions must do more. While the IMF lent Ukraine the maximum amount allowed under the rapid financing instrument, the Fund may be able to leverage other lending instruments or relax lending limits as they did for many countries at the height of the COVID-19 pandemic.

The World Bank, meanwhile, is calling for additional contributions to a multi-donor trust fund that it set up for Ukraine. The UK, Denmark, Latvia, and Iceland were among the first countries to contribute. Meanwhile, Japan and Sweden offered parallel financing. The Bank has also discussed providing Ukraine with additional supplemental loans in excess of $200 million by the end of March.

Ukraine is likely to continue requesting flashier capabilities and more overt intervention from the U.S. and NATO as the conflict progresses, but general budget support through U.S.-led international organizations should not be underestimated as a means of warfare.

If the first rule of proxy conflict is to avoid direct confrontations with the main adversary, the U.S. ought to make full use of its arsenal of international institutional leverage.

Richard Clark is incoming assistant professor of government at Cornell University and current postdoctoral fellow in the Niehaus Center for Globalization and Governance at Princeton University.

Sarah Kreps is the John L. Wetherill Professor in the Department of Government, adjunct professor of law, and the director of the Cornell Tech Policy Lab at Cornell University.