Investors are telling Apple to ‘think different’ about civil rights 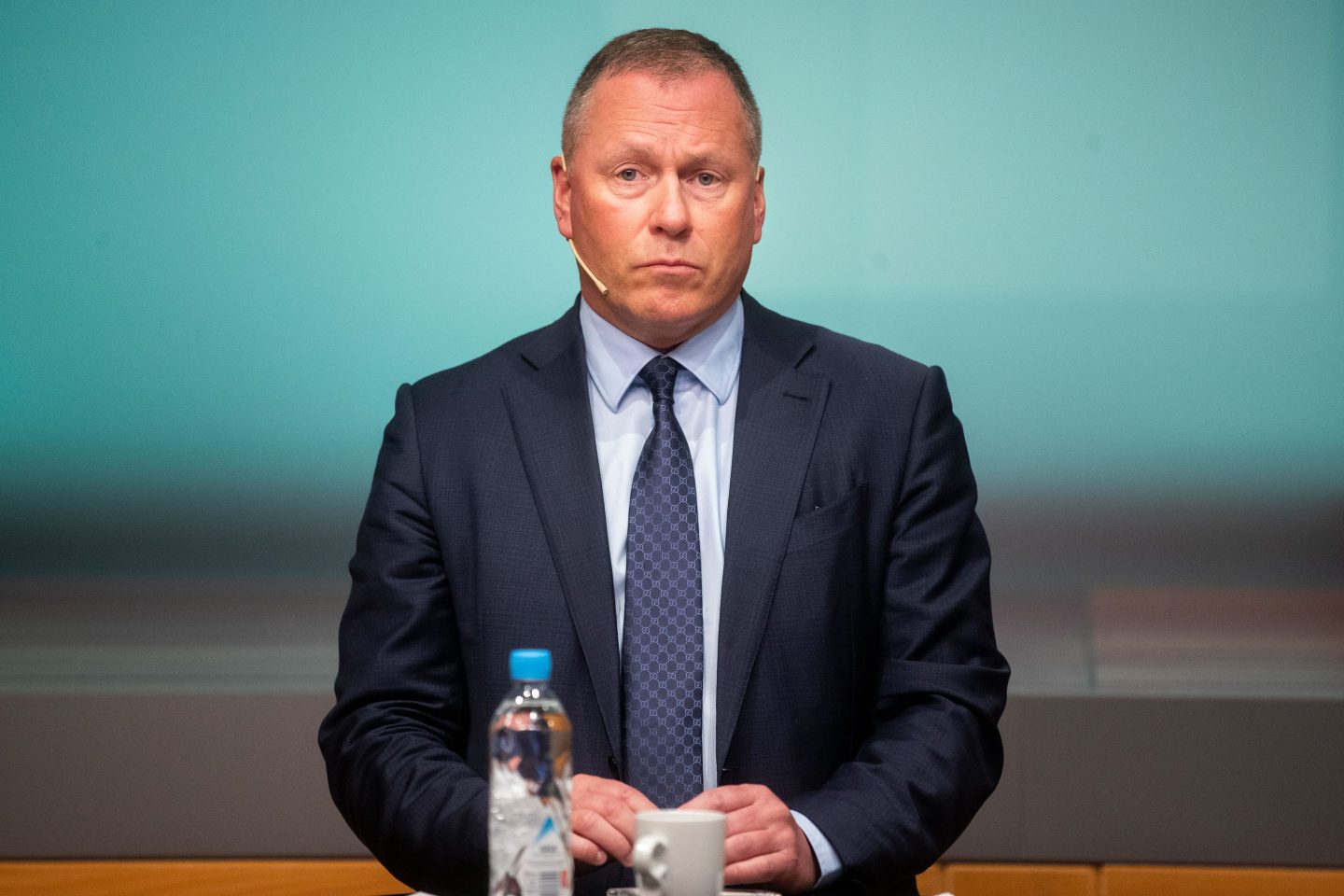 Norges Bank Investment Management CEO Nicolai Tangen presents the annual report of the sovereign wealth fund in Oslo, Norway, on March 3. The world's largest sovereign wealth fund has voted alongside a group of investors in favor of a civil rights audit at Apple.
Fredrik Solstad—Bloomberg/Getty Images

Just one month after Apple basked in widespread praise for topping Fortune’s annual list of the world’s most admired companies, its shareholders delivered a reality check.

In a historic vote at the company’s annual meeting, more than half of investors– including Norges Bank, the world’s largest sovereign wealth fund, as well as several of America’s largest public pension funds–voted to support a civil rights audit proposal.

This was the first shareholder proposal to pass at the company in 10 years–leaving a mark on Apple’s branding, marketing, and external initiatives which have for years painted the picture of an inclusive changemaker within the tech industry that encourages users to “think different.”

As Black women in leadership at two organizations–Service Employees International Union (SEIU) and Color Of Change–advocating on behalf of front line workers and dedicated to advancing employee rights, we know firsthand that when a workforce cries foul it’s a clear sign that deeper issues exist below the company’s well-manicured surface.

The rise of civil rights audits

Over the last few years, our organizations have spearheaded a number of civil rights and racial equity audits aimed at the nation’s largest corporations and financial institutions.

Corporations play an outsized role in shaping the socioeconomic outcomes and well-being in our societies. Oftentimes, this influence has had a negative effect on marginalized communities–including Black people, women, LGBTQ+ individuals, and people with disabilities–by reinforcing systems of inequity and creating products that present real-life dangers.

Civil rights and racial equity audits provide organizations like ours, which are representing millions of people from impacted and marginalized communities, with an effective mechanism to assess accountability at companies that operate with impunity in the face of criticisms and concerns about the outcomes of their decisions.

Given how inequality manifests within our nation’s systems, it’s also doubly important for these audits to prioritize racial justice and avoid serving up incomplete solutions that leave Black workers and advocates who continue to bravely enact widespread change in their industries without equitable and commensurate outcomes in line with the risk to personal harm.

Until recently the majority of civil rights and racial equity audits were the result of organizations like Color Of Change successfully applying pressure on companies to account for the harm caused to Black and other marginalized communities. Now, shareholders are increasingly taking notice of the role independent audits serve in holding corporations such as Apple to account.

In Color Of Change’s Beyond the Statement Tech Framework, we’ve noted that “technologists must prioritize and adhere to civil rights and nondiscrimination standards prior to the product being publicly released.”

Apple has repeatedly failed to uphold this standard. It has become quite clear that the company’s verbal commitments are not matching up with its actions, particularly when it comes to the impact Apple’s own products and practices have on its Black and brown workers, customers, and the communities it impacts.

The company has come under fire following the launch of its Child Sexual Abuse Material feature and the tracking device Airtag, both of which raised major privacy concerns.

The maker of the iPod, which revolutionized music distribution, has allowed musicians who popularize racist content and boast about ties to white supremacists and neo-Nazis to remain on its streaming platform.

The company’s “Head of Diversity” is not even listed in the ranks of Apple Leadership, raising real concerns over the veracity of its commitments to increasing equity.

While Apple polishes its external image, the rot at its core is drawing more attention. The company must answer to the 54% of shareholders (led by the proposals filers SOC Investment Group, SEIU’s Capital Stewardship Program, Trillium Asset Management) who voted for action on civil rights.

It must answer to workers who won’t stay at a company that fails to tackle issues of harassment, discrimination, and pay equity. The global corporation’s workers have walked out to demand the company address workplace protections and have continued to bravely raise their voices in the face of retaliation.

Shareholders, racial justice advocates, and Apple’s workers will not accept anything short of a thorough and truly independent audit that engages civil rights experts who have experience overseeing similar audits at companies like BlackRock, Airbnb, Facebook, and CitiGroup.

Color Of Change played a key role in bringing forth audits at Facebook and Airbnb. The latter subsequently became a model for changing harmful corporate behaviors. These major players all understand that companies have to serve the interests of not just shareholders but also workers, vendors, customers, and the broader community.

Apple should also understand that this is the beginning of the work that is required in order to rectify its failures and change harmful corporate behaviors. During every step of the process, we will be there to hold them accountable.

Tech companies like Apple and its peers must recognize that a deep dive today into unconscious or subtle forms of discrimination is a smart investment that will contribute to long-term shareholder value.

It’s also a crucial issue for a massive customer base, whose confidence will erode with every negative headline, and for Apple’s own workforce.

To live up to its title as the world’s most admired company, Apple needs to do the hard work it’s been attempting to avoid.

Jade Magnus Ogunnaike is the senior campaigns director at Color Of Change.