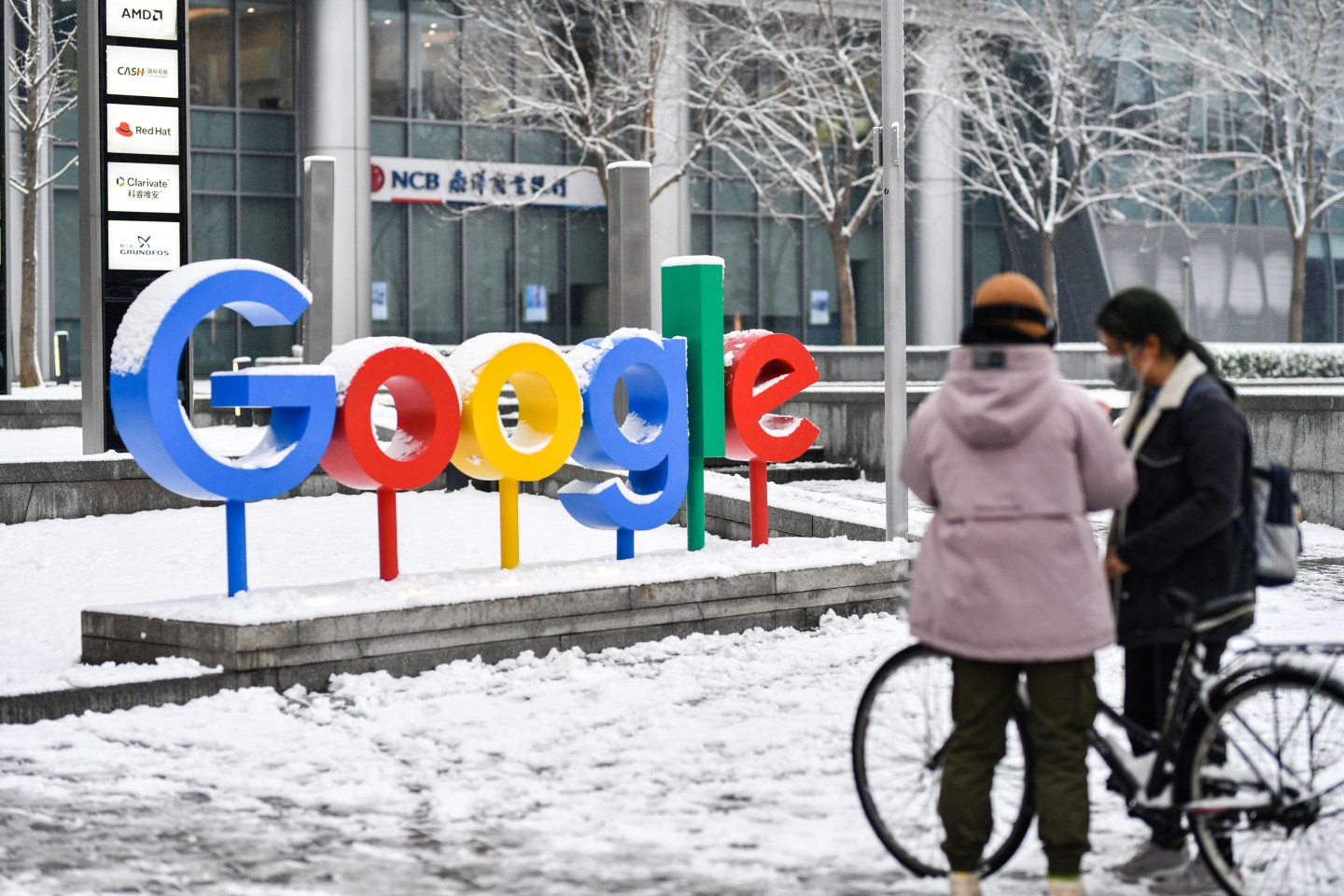 People stand in front of a snow-covered Google logo during a heavy snowfall on March 18 in Beijing, China.
VCG/VCG via Getty Images

Alphabet Inc.’s Google discriminates against Black people, who are “pigeon-holed into dead-end jobs” with low pay and subjected to harassment, a former employee claimed in a lawsuit.

April Curley, who was hired by the technology giant as a University Programs Specialist in its New York office in 2014, said in the complaint that she was fired in 2020 after she “vocally opposed and called for reform of the barriers and double standards Google imposed on Black employees and applicants.” Curley is Black.

Google, which has shown slow progress in diversifying its workforce in recent years, made a big push to hire more Black employees in 2020, after the police murder of George Floyd sparked worldwide protests in support of racial justice. The company is also facing a suit by another Black employee who accused it in 2017 of hiring minority job seekers with rosy promises and then assigning them jobs with lower pay.

“Google’s centralized leadership, which is nearly devoid of Black representation, holds biased and stereotypical views about the abilities and potential of Black professionals,” Curley said in her complaint, filed Friday in federal court in San Jose, California.

She is seeking damages for discriminatory employment practices and policies.

Google didn’t immediately respond to a request for comment.

“Black+” employees, with the plus designation reflecting those who identify as multiple races, made up 8.8% of Google’s U.S. hires, compared with 5.5% the previous year, the report said. Attrition was on the rise among racial minority groups, with Black women showing the highest jump in the metric, according to the report.

The complaint was reported earlier by Reuters.