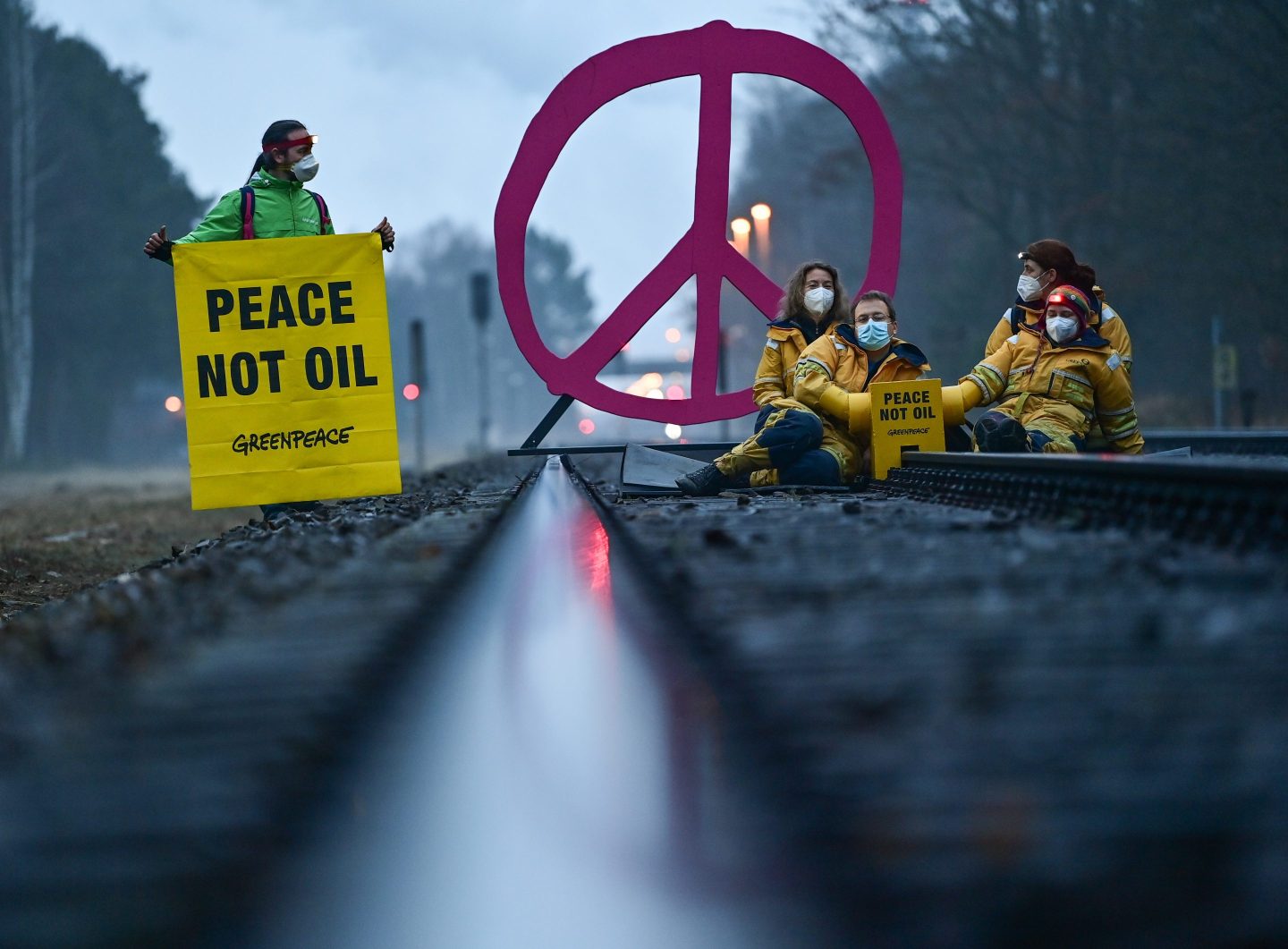 The horrific events unfolding in Ukraine provide a reminder of how quickly and brutally war can raise its ugly head.

As a business committed to protecting the planet and thriving communities, we join with the millions of anti-war voices around the world in deploring Russia’s totally unjustified invasion. Our heart goes out to the Ukrainian citizens facing this murderous assault, and we look with thanks to those political leaders striving for a diplomatic route out of this crisis.

When we step back, there is an existential threat that cannot be ignored. Our collective failure to accelerate the transition to cleaner energies has left us heavily dependent on Russian oil and gas and scrambling to untangle ourselves, in the short (and long) term.

Fossil fuels are the connecting factor between the two biggest crises facing Europe right now. Shifting away from fossil fuels will not only cut a vital economic lifeline to Russia’s Vladimir Putin–it’s essential in stopping climate change.

The contents of the latest report from the Intergovernmental Panel on Climate Change are devastating. An “atlas of human suffering” was how UN Secretary-General António Guterres described it.

On the matter of energy and energy security, we have arrived at a pivot point. Do we step forward or do we go back? We had the chance, with our pandemic response, to transition to a cleaner and fairer system. That slipped through our fingers. Now, we must act before people give up and come to believe that war, injustice, and a catastrophic future for our children are inevitable.

Another reason we must act fast is energy poverty. As living costs continue to escalate, the number of people feeling the bite around the world rises exponentially. In a few months, as we head into the autumn, many will have to choose between warmth or food.

To be clear, a green transition isn’t just about reducing the influence of bullyboys like Putin. Nor is it exclusively about responding to the pending climate disaster. Ultimately, it’s about building a new economic system where people prosper without harming the planet or the prospects of future generations. It’s also about creating a fairer society and restoring our natural world so it can continue to nurture and inspire us. This feels to me like a vision we can all buy into.

We need to push our governments to make rapid investments in energy transition instead of subsidizing fossil fuels. Investment in energy efficiency is the fastest meaningful way to drop prices. It cuts energy bills for those who need the greatest support and gets us off dirty fuel in the long run.

Investments in smart grids and an optimal mix of large-scale and community-owned renewables is a win-win: Putting money into renewables generates at least 50% more jobs than investing in fossil fuels. Decentralized community energy, where local people and businesses invest in local renewables, means the economic benefits go directly to citizens rather than to faceless shareholders or state-backed plutocrats.

At the same time, we must demand that governments stop investing in subsidies for oil and gas production or allow oil and gas companies windfall profits that aren’t funding the energy transition. Research has shown that it will take two percent of GDP to fund the energy transition. Currently, we spend more than three times that amount subsidizing dirty fuels that fund war and the destruction of the planet we call home. It’s insane and needs to stop.

It’s one thing to release existing gas reserves to drop demand for Russian gas in the next couple of months. It’s another, however, to re-open the coal mines that poison people’s lungs as well as pollute our planet; or to invest in more drilling, thereby locking us into another three decades of fossil fuels.

Businesses need to step up on the ground. In the run-up to last year’s climate conference in Glasgow, we witnessed a raft of companies promising to reduce their emissions and green their energy use. It’s time for all of us, Patagonia included, to commit to radical, systemic action and actually deliver.

As business leaders, we must use our voices together. Governments won’t make these changes unless we stand side by side and demand it.

As individual citizens, we need to exert influence however we can. We must demand that our workplaces and our governments support the transition. Citizens must demand that we stop the insanity of funding war and the destruction of humanity.

In the words of Franklin D Roosevelt’s last message to the American people, in 1945: “More than an end to war, we want an end to the beginnings of all wars.”

Beth Thoren is the environmental action and initiatives director for EMEA at Patagonia.